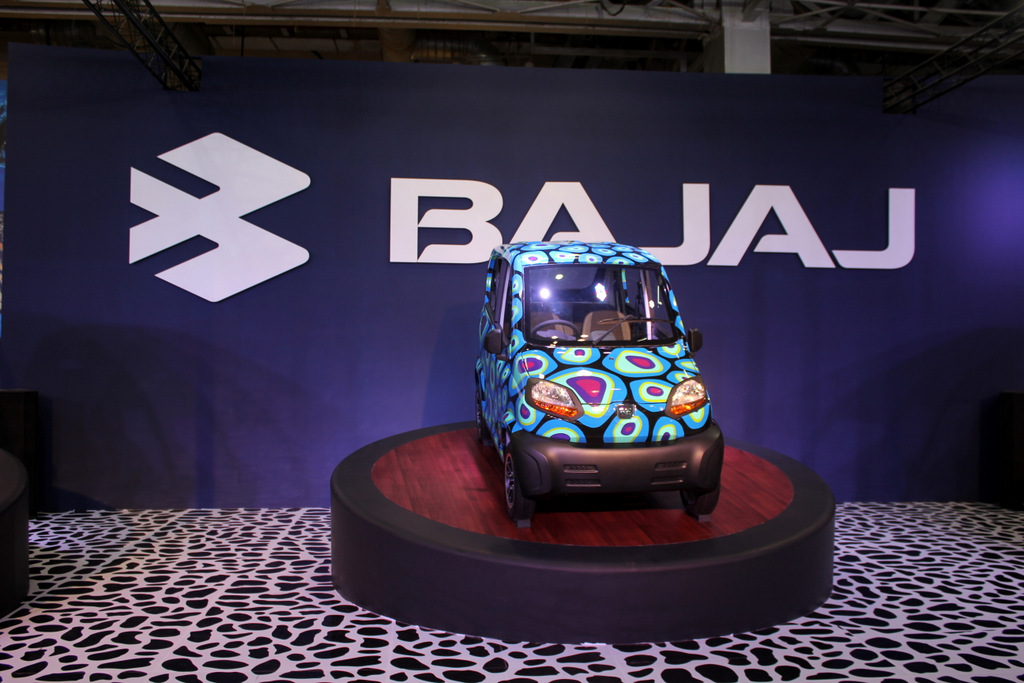 While we were at the launch of the Bajaj Discover 150F and 150S, Mr. Rajiv Bajaj mentioned in one of his comments that the RE60 quadricycle might hit the production line sometime near October this year.

The context was for the volumes in the near future, and Mr. Bajaj mentioned that future projections are not something they are very keen on as of now, and they wouldn’t know in what numbers any of the products would be sold, including the RE60 around October 2014.

The government has already approved for the quadricycles to ply on the Indian roads going forward. The RE60 has seen quite some delay and finally looks like it will hit the streets. It is built on a monocoque metal-polymer hybrid structure. It would be compact in dimensions as we have seen in the numerous images and will weigh just about 400 kg. We saw Bajaj showcasing the RE60 even at the 2014 Auto Expo in Noida, UP. Exterior dimensions are noticeably smaller than the Tata Nano. It gets bare bones body panels and a pair of headlamps at the front. It wears a RE logo at the front and back instead of a Bajaj logo. Headlamp and tail lamps get black masking (as seen at the Auto Expo).

On the inside, the RE60 will be capable of seating 4. The dashboard is all grey with piano black centre console. Steering wheel again is very basic and has a RE badged horn pad. Gear stick is mounted below the instrument cluster in the centre console. Instrument cluster gets an analogue speedometer and a small digital display at the bottom. Handbrake is placed below the gear lever. None of the seats have neck restraints and clearly there is no thought given to whiplash injury here.

The RE60 will be capable of achieving a top speed on 70 kmph. Turning radius is a short 3.5 metres. It will be powered by a 216cc, liquid-cooled, 4-valve engine mated to a 5-speed manual gearbox.

Are you looking forward for the RE60 to hit the streets? 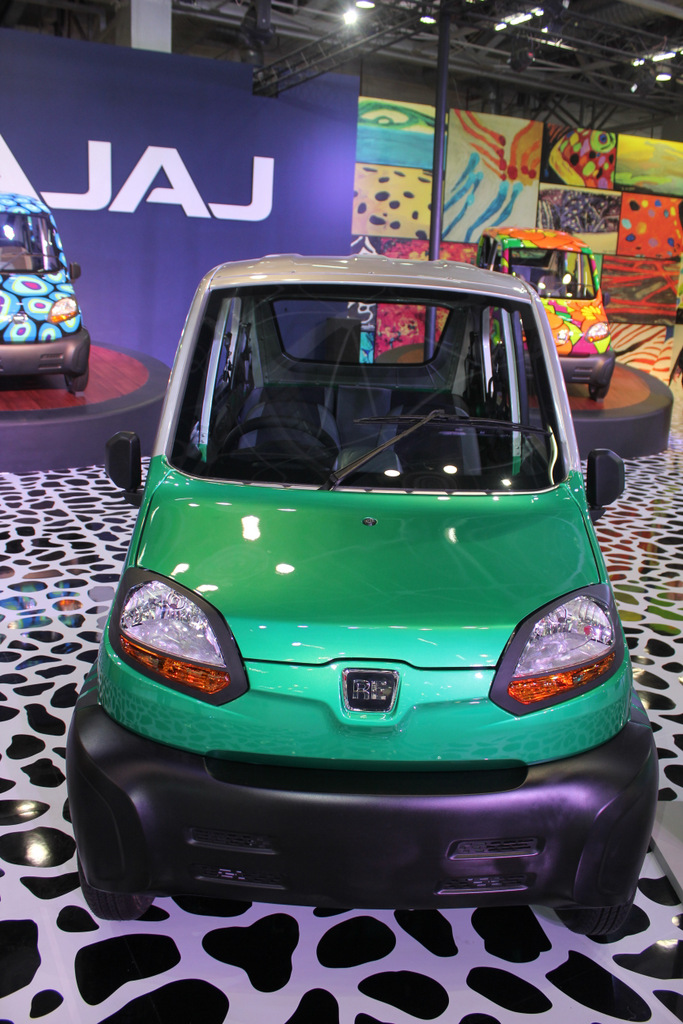 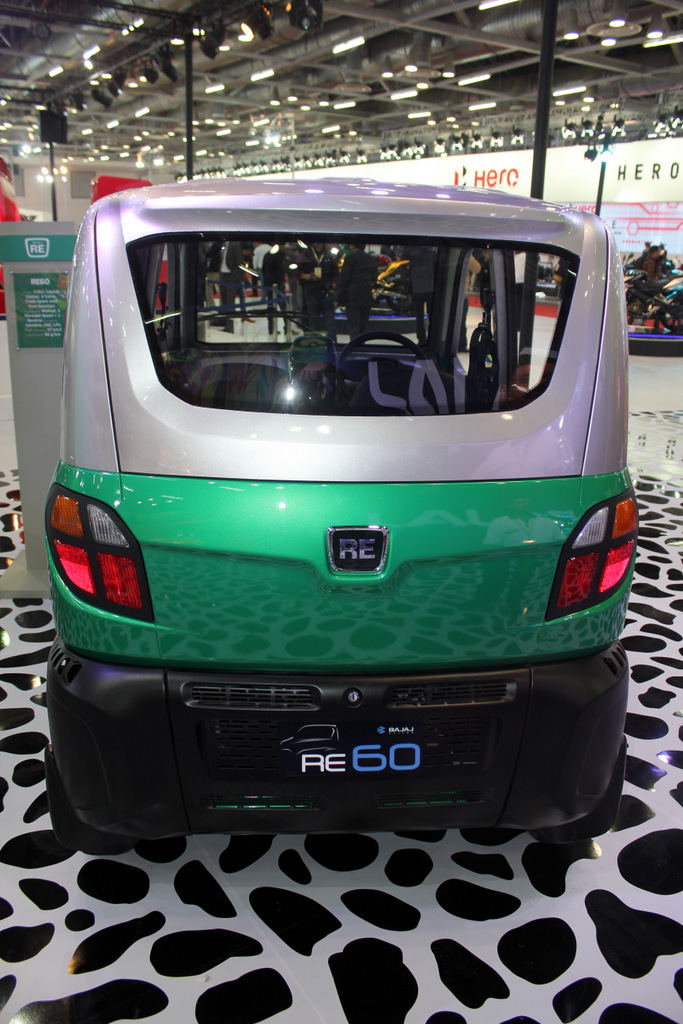 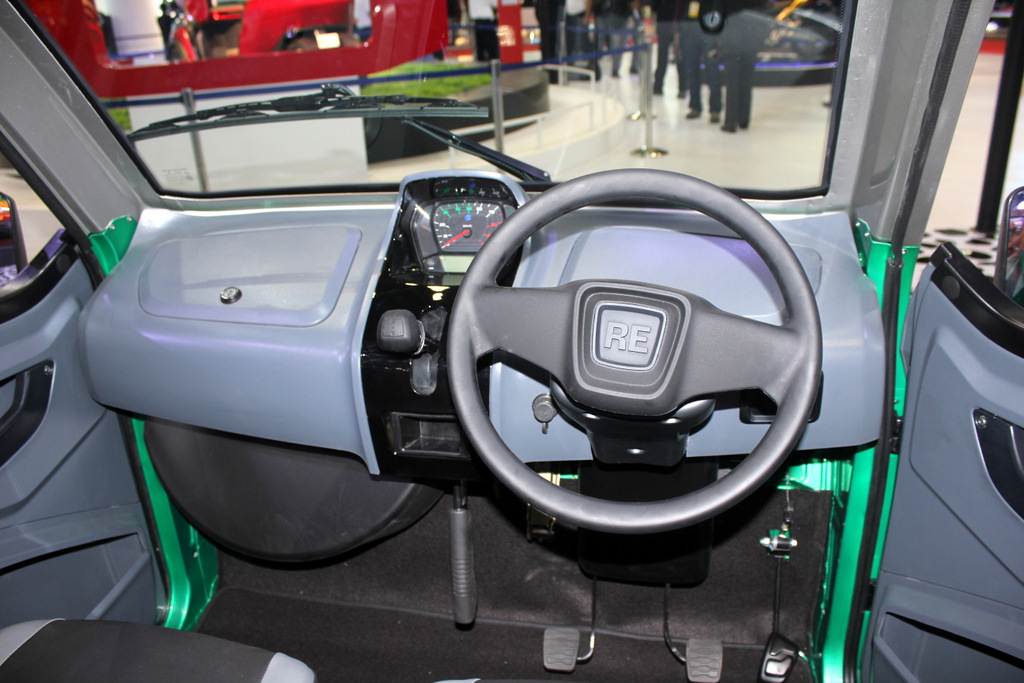 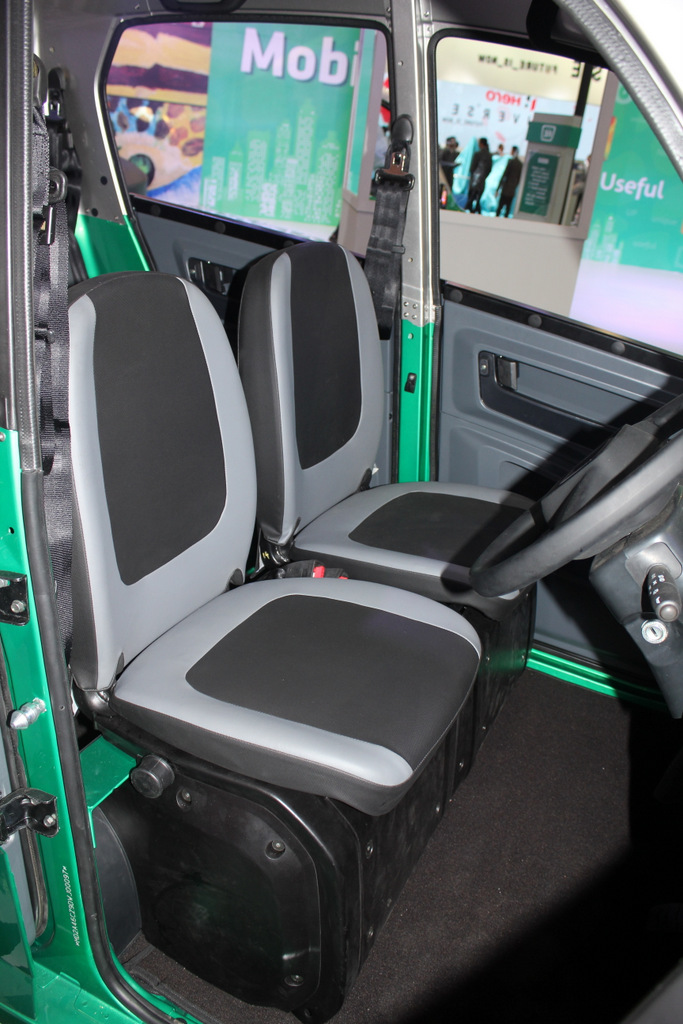