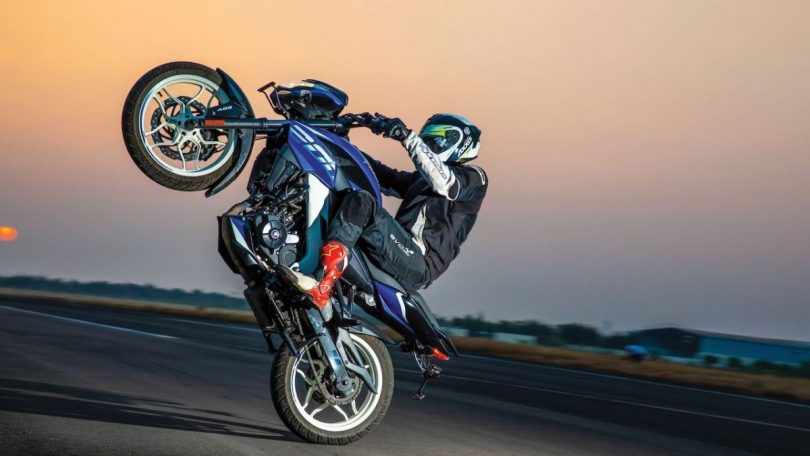 Road Tester Hrishikesh Mandke has set and new national record for the fastest quarter-mile wheelie on the Bajaj Pulsar NS200, entering the India Book of Records and FMSCI Indian National Record. Mandke executed the quarter-mile-long wheelie in just 23.68 seconds and the record was set in the presence of an adjudicator from the India Book of Records as well as a senior representative from the Federation of Motor Sports Club of India (FMSCI).

The record attempt took place on a closed airport runway and India’s finest and most experienced automotive journalists and road testers set all the necessary safety protocols for the record attempt. Hrishikesh Mandke has been learning stunts since the first-generation Bajaj Pulsar and now the road tester is making way into the record books with the latest generation Pulsar NS200. A stock showroom condition Pulsar NS200 helped Mandke set the record attempt and the only changes made to the motorcycle were to the rear number plate and the mudguard which were on-request removed to avoid scraping the tarmac. To ensure this, the stewards gave a special waiver to remove the mudguard and number plate before attempting the record.

Powering the Bajaj Pulsar NS200 is a 199.5cc, single-cylinder, four-stroke four-valve engine with liquid cooling and electronic fuel injection that belts out 24.5 PS of power and 18.7 Nm of torque. The engine comes with a 6-speed gearbox with a wet multi-plate clutch. According to Bajaj, the triple-spark engine offers a smooth throttle response that helps provide the control required throughout the attempt. The Pulsar NS200 comes with a pressed steel perimeter frame that rides on telescopic front suspension with anti-friction bushes and a Nitrox monoshock suspension with a canister on the rear that provides predictable handling and stability even when the motorcycle is on one wheel. The rider was also provided with all the essential safety equipment and gear for safety. 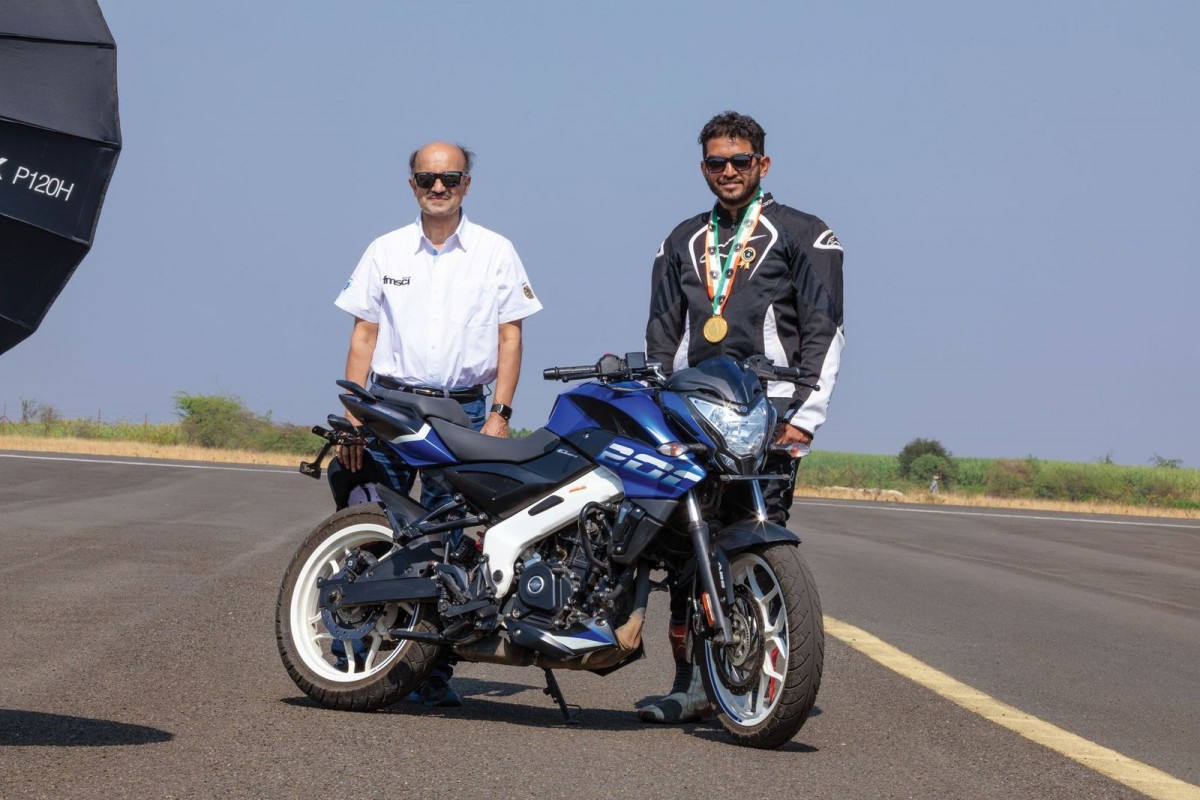 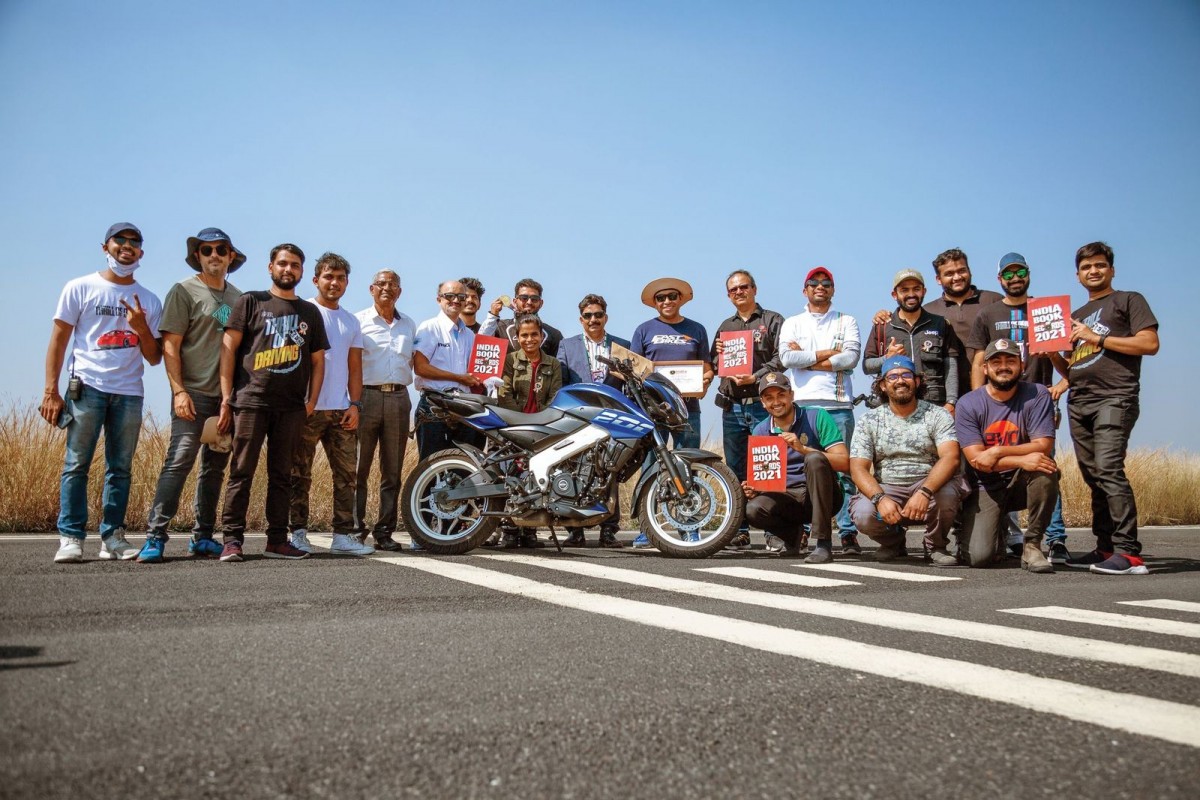 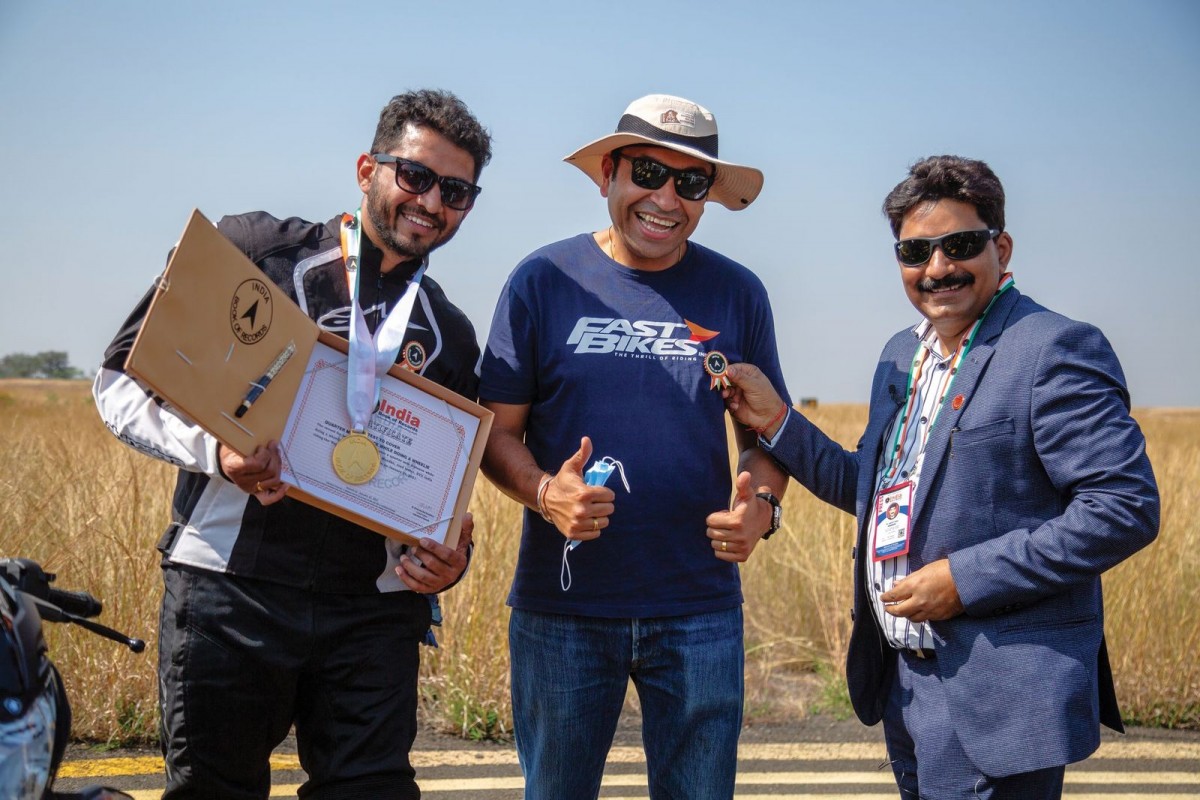 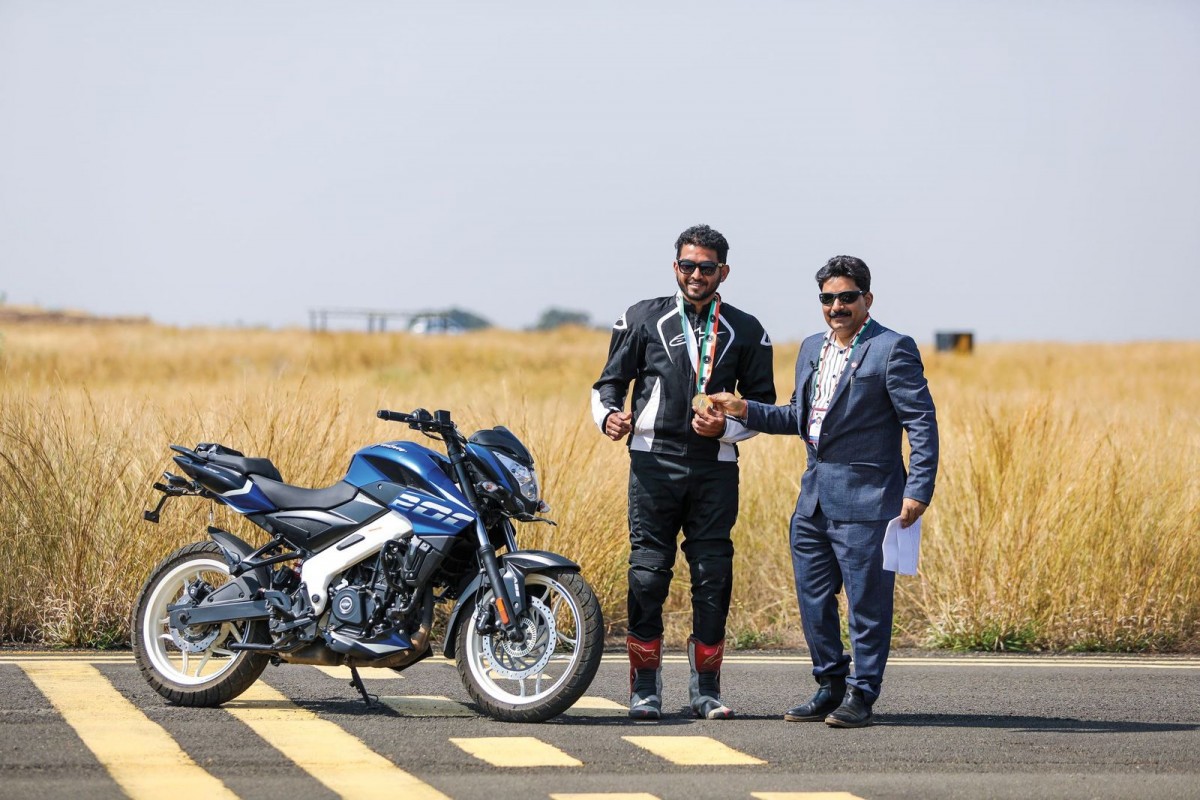 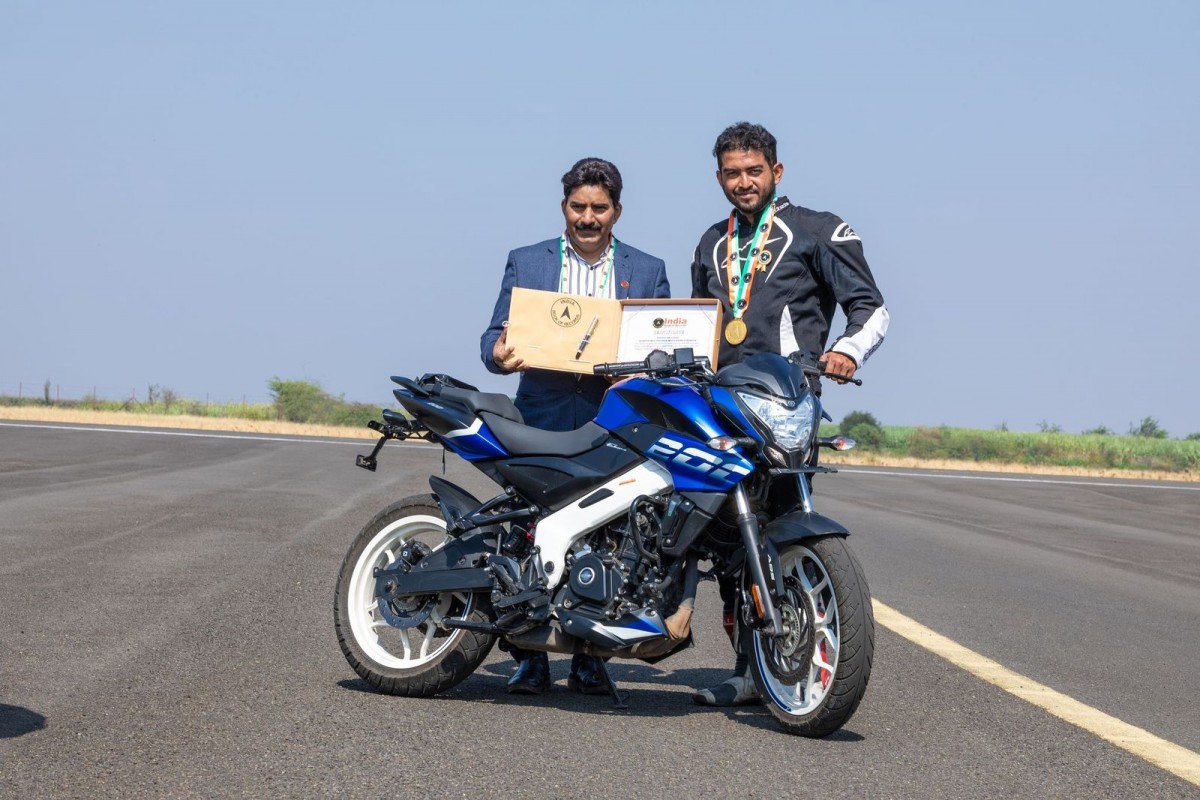