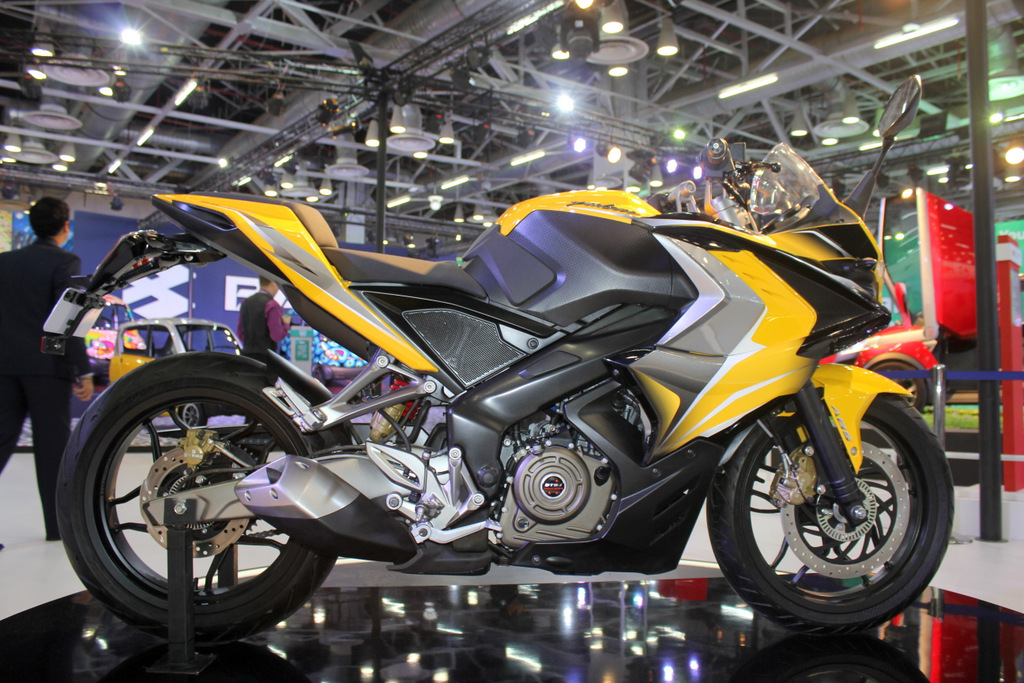 While many people are already visiting Bajaj showrooms to enquire about the upcoming fully-faired Pulsar 200SS, the big news is, Bajaj could offer ABS on this motorcycle taking the VFM quotient to an all new high.

Images have surfaced on the internet suggesting that Bajaj will offer ABS as standard on export models. With this, there is a clear indication that the bike can surely get the system even here in India; and if not standard, at least as an option.

Powering the Pulsar 200SS will be the same 199.5cc, single-cylinder, triple-spark, petrol motor currently available on the 200NS. However, Bajaj could add fuel injection on the 200SS and the power and torque figures could be sightly different. Also, expect the bike to be slightly heavier than the 200NS. The international variant of the 200NS which is equipped with fuel injection pumps out 24.4 PS, may be the power figures are similar on the 200SS.

Do note, neither the KTM RC200 nor the KTM Duke 200 get ABS even as an option. If Bajaj does offer ABS on the Pulsar 200SS, it will become a feature rich product in the segment instantly. Also, pricing which was expected to undercut the KTM RC200 pricing significantly, could be almost at par or a couple of thousands below with the addition of ABS, but not many will complaint given that ABS will make things a lot more safer.