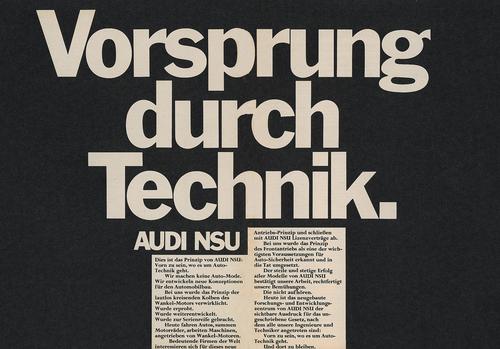 Audi marks 50 Years of “Vorsprung durch Technik”. A slogan that was first introduced in 1969 and has its relevance even today. Back in 1969, the merger of Auto Union AG with Neckarsulmer NSU Motorenwerke to form Audi NSU Auto Union AG. This enabled the company to launch a range of models spanned from air-cooled engines of the rear-wheel-drive NSU Prinz series and the water-cooled four-cylinder engines front-wheel-drive Audi 60 and Audi 100 and also the rotary engine of the NSU Ro 80. And, then in 1970, they started communicating this technological diversity as an advantage and devised the slogan “Vorsprung Durch Technik”.

In 1971, Audi started to market itself heavily based on this slogan. Customers saw this slogan everywhere, brochures, ads, and more. There were some variations to the slogan as well. Audi tried to use other slogans, but then with the launch of Quattro in 1980, Audi used the original slogan more frequently in advertising. In fact, at that time, the largest illuminated advertising board in Europe was installed on a high-rise along A9 Autobahn, with a reddish-brown Audi oval with the slogan. And even today, the slogan is so relevant to the company.

Keeping development at its core, Audi AG has always been a forerunner in coming with new and radical innovations in the automotive industry. Now, the company’s main focus is on the e-mobility segment, which is growing rapidly. With the introduction of the e-tron, the company’s first fully electric vehicle, Audi, made its entry to the electric vehicle segment. Along with this, Audi has also set up goals for carbon neutrality. One of the critical targets of the carmaker is to be carbon-neutral by 2050. With this target in mind, Audi has revealed that they won’t be introducing any combustion engines from 2026. 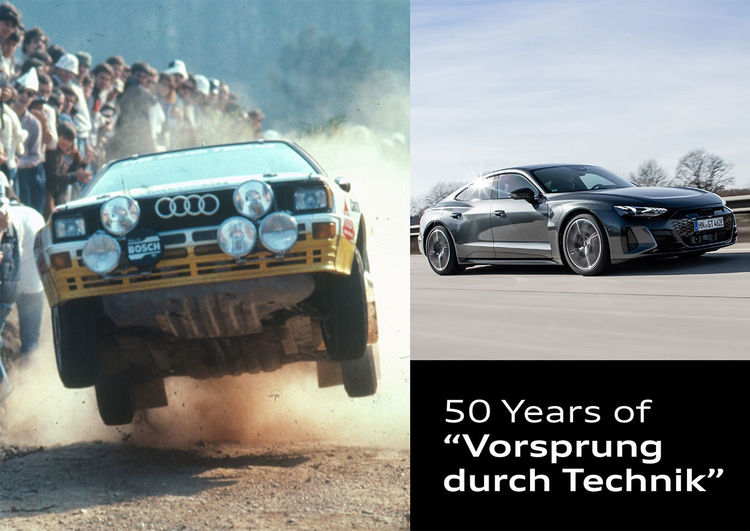 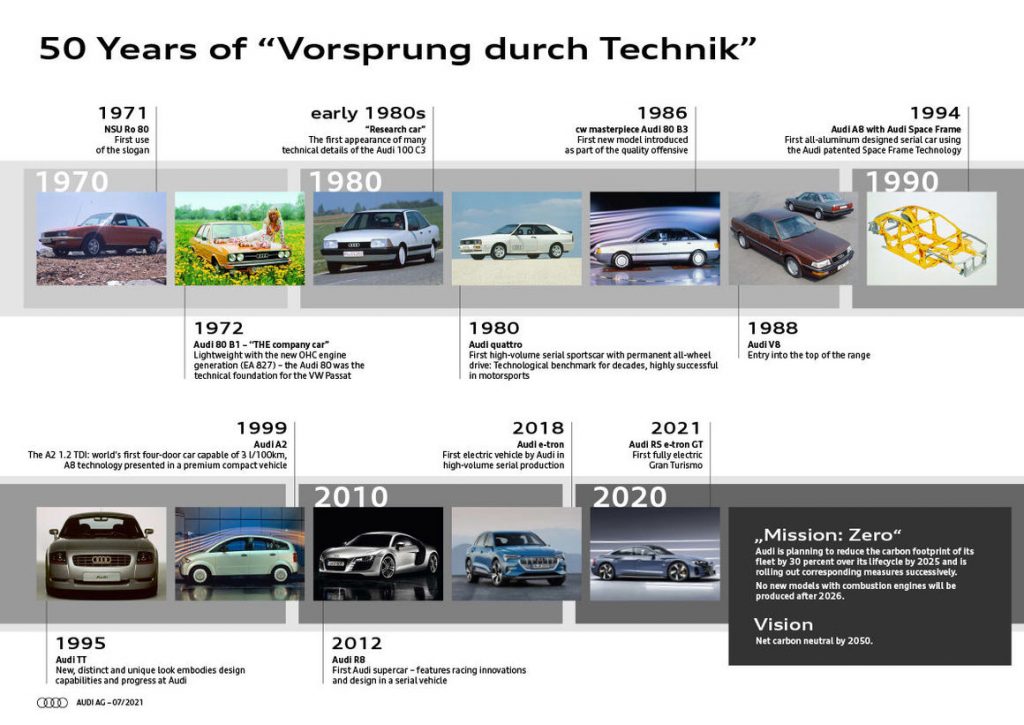