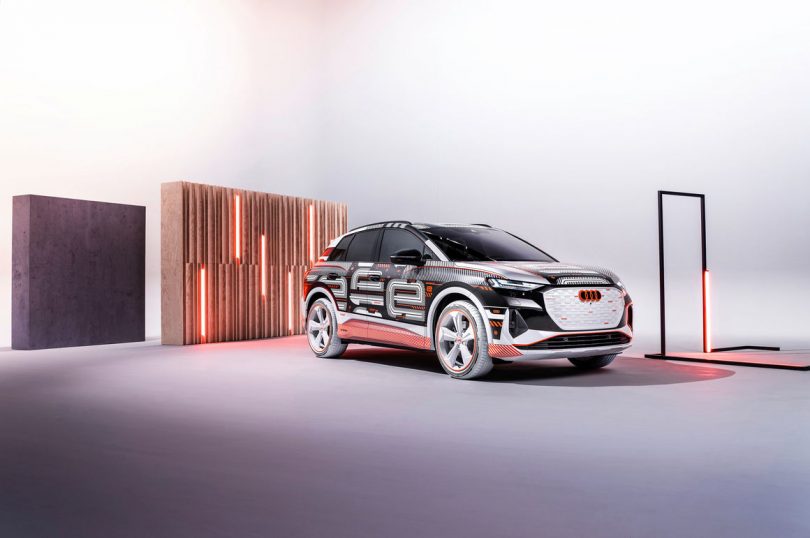 Finally, Audi released some details of the Q4 E-Tron thus stopping all the speculation and rumours floating in the media. Q4 E-Tron will probably go on sale after it makes its debut next month. This electric mid-size SUV will sit just under the E-Tron in Audi’s electric vehicle lineup. The car built on the MEB architecture is also shared with other VAG cars like Volkswagen ID.3, ID.4 and Skoda Enyaq iV.

As far as the physical dimensions of the car are concerned, it is 4,590 mm in length, 1,865 mm in width and 1,613 mm in height. The wheelbase measures about 2,760 mm which does add to a lot of room inside the cabin. The boot capacity of 520-litre is more than enough and there is a provision to fold the rear seats which increases the boot capacity to 1,490 litres. The ample number of additional storage compartments inside does add to the practicality points.

The two-layer dashboard features an MMI touchscreen infotainment system that measures 10.1-inch in size with a resolution of 1,540×720. The system also gets all the latest feature along with some additional feel-good add-ons like voice control, MMI radio plus, standard DAB reception, handwriting recognition and more. The main highlight of this car is its AR-based head-up display. This display provides all important information like speed, navigation symbols, assists systems and more.

Audi mentions the new flat-bottom steering wheel which will come with the Q4 E-Tron, which will have touch-sensitive controls along with swipe gestures and haptic feedback. Audi claims that the upholstery used in the Audi Q4 E-Tron comes from 45% of recycled materials like textiles and PET bottles. The front is the place to be in as it gets all-electric adjustment with heating function. There is also a sport version of the front seat available as an option which comes with integrated headrests. To improve safety, Audi is providing a centre airbag that unfolds from the right-hand side of the driver’s side thus, protecting both the front passengers from colliding with each other in case of any impact. 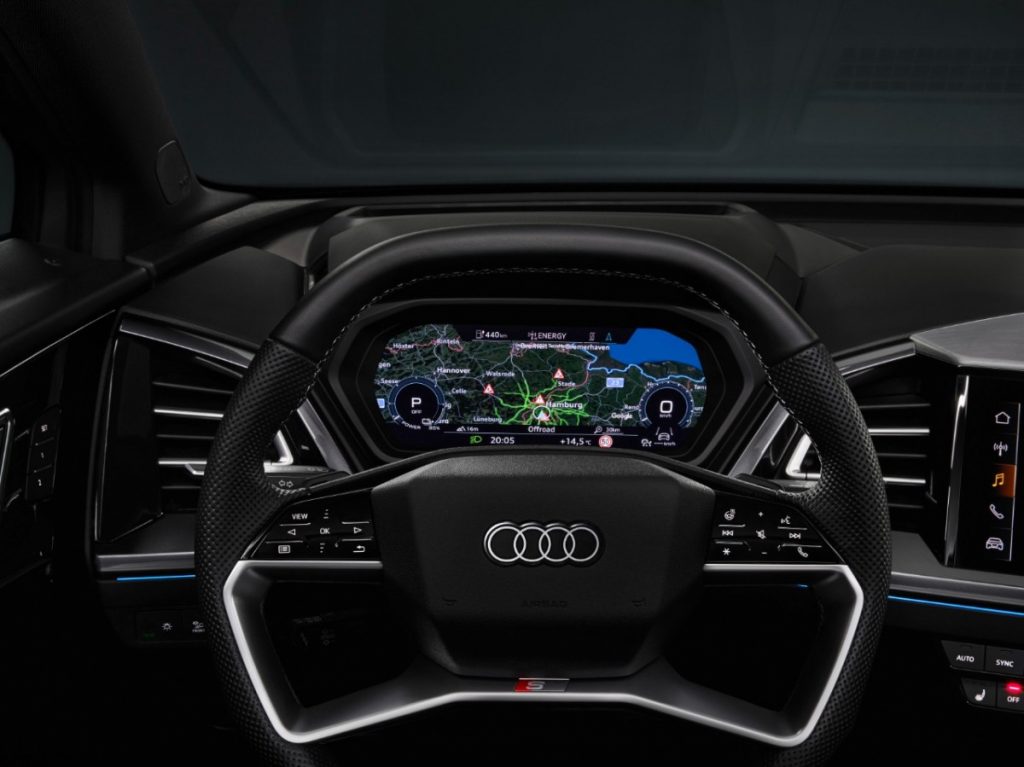 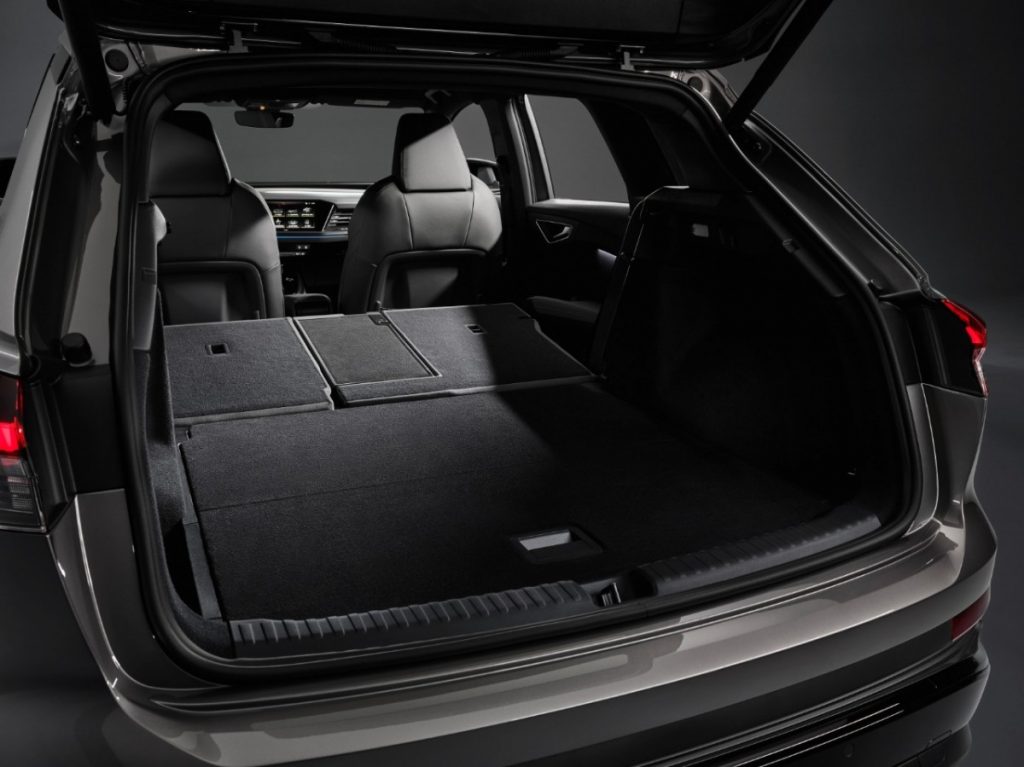 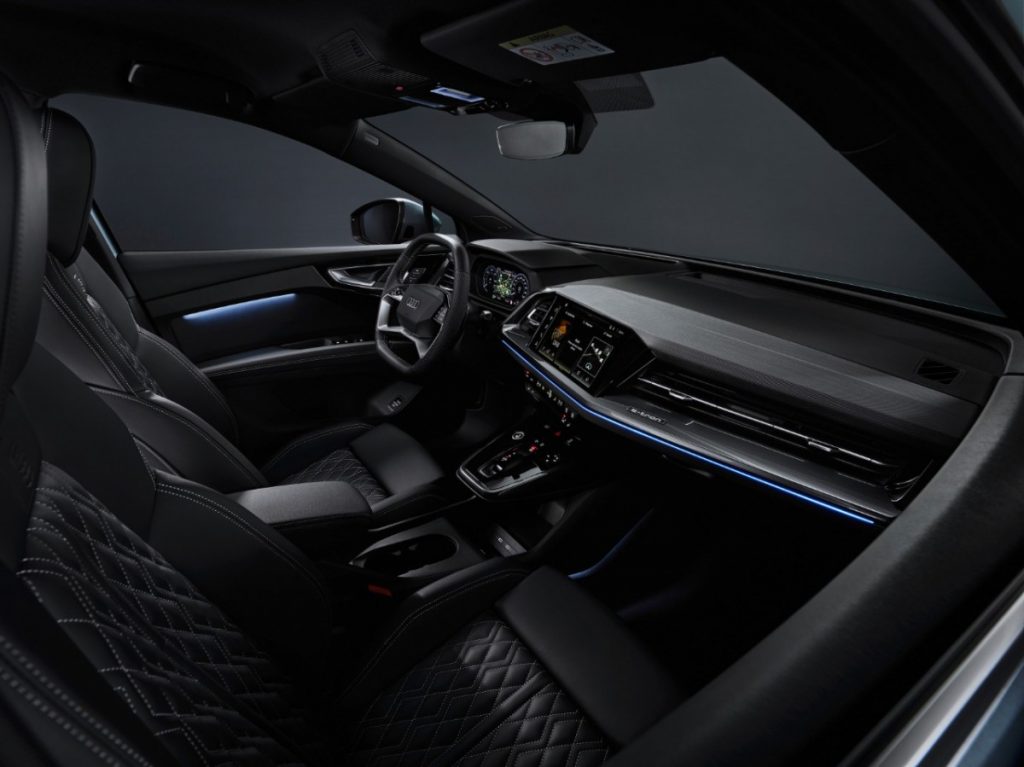 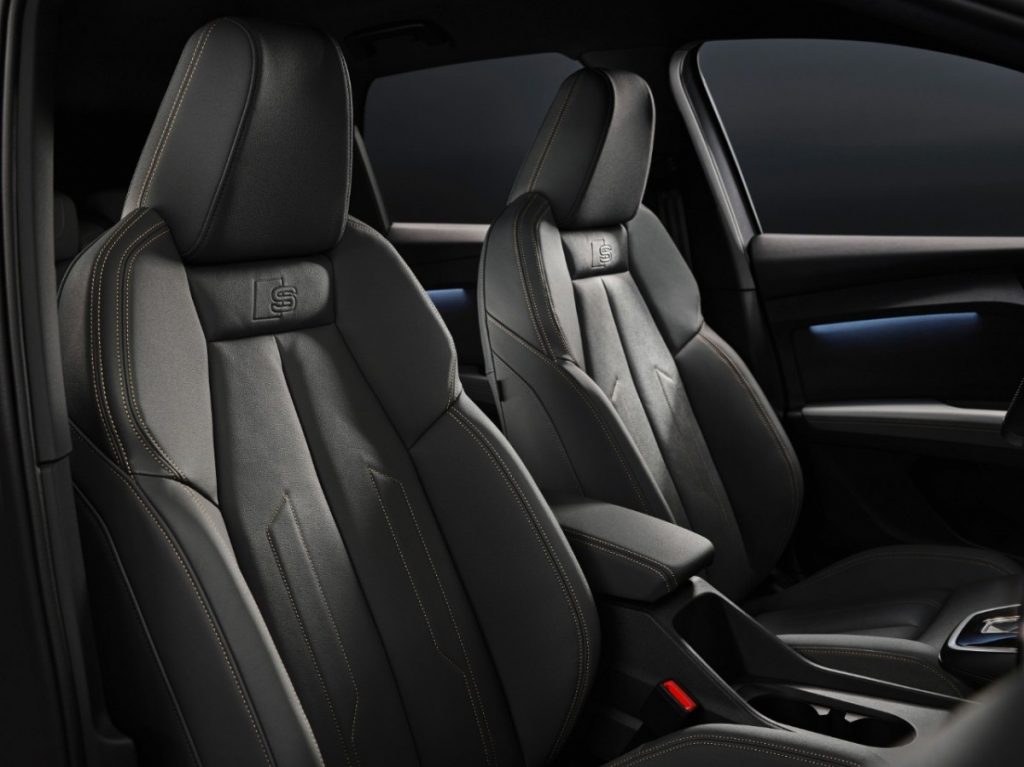 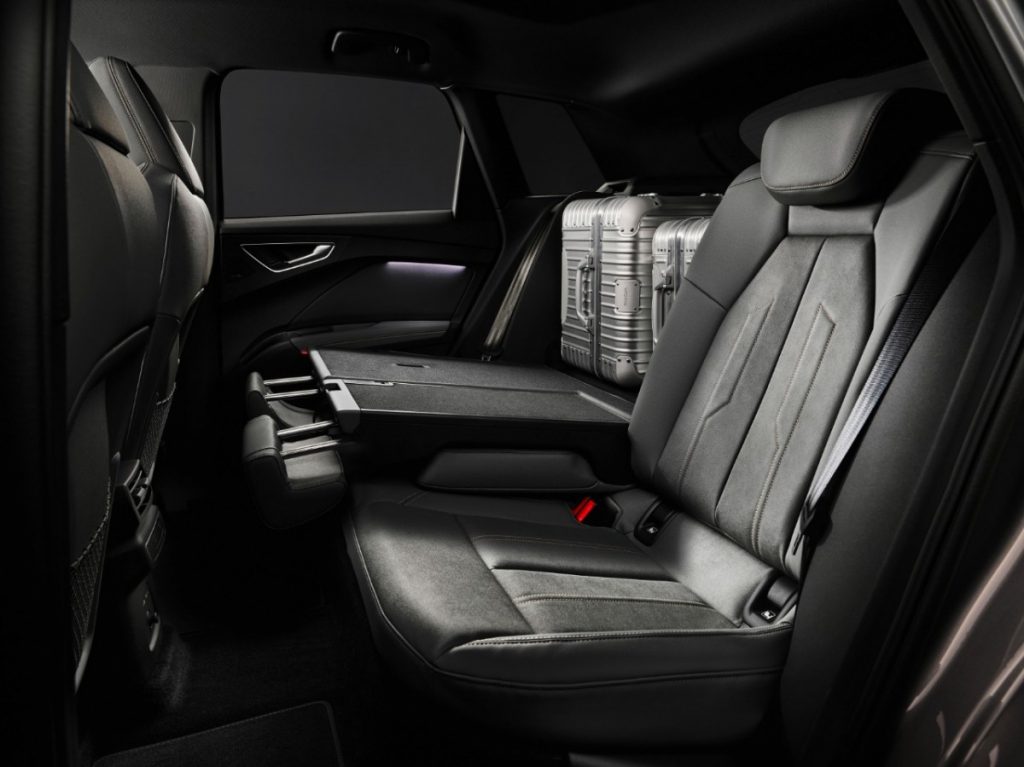 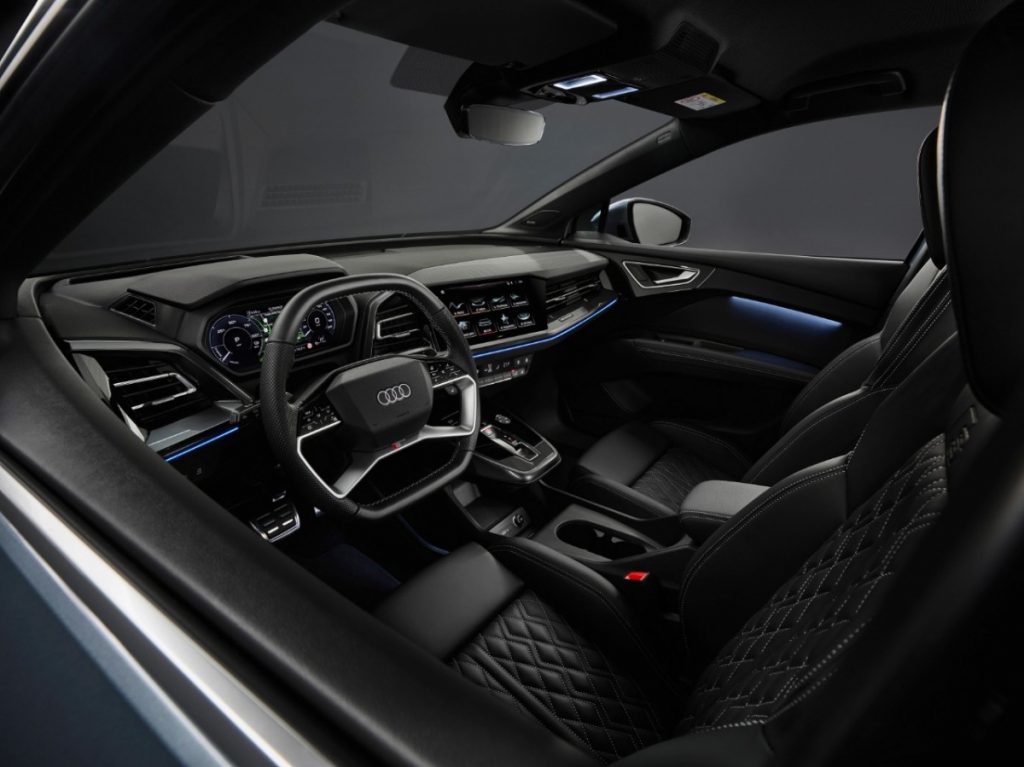 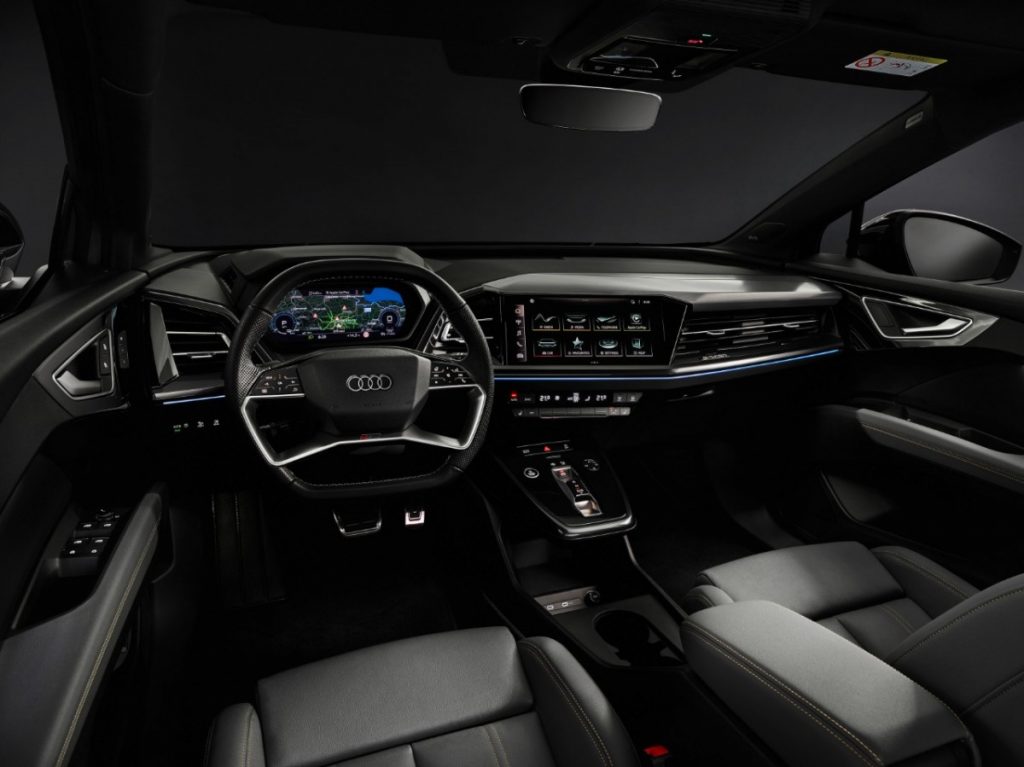 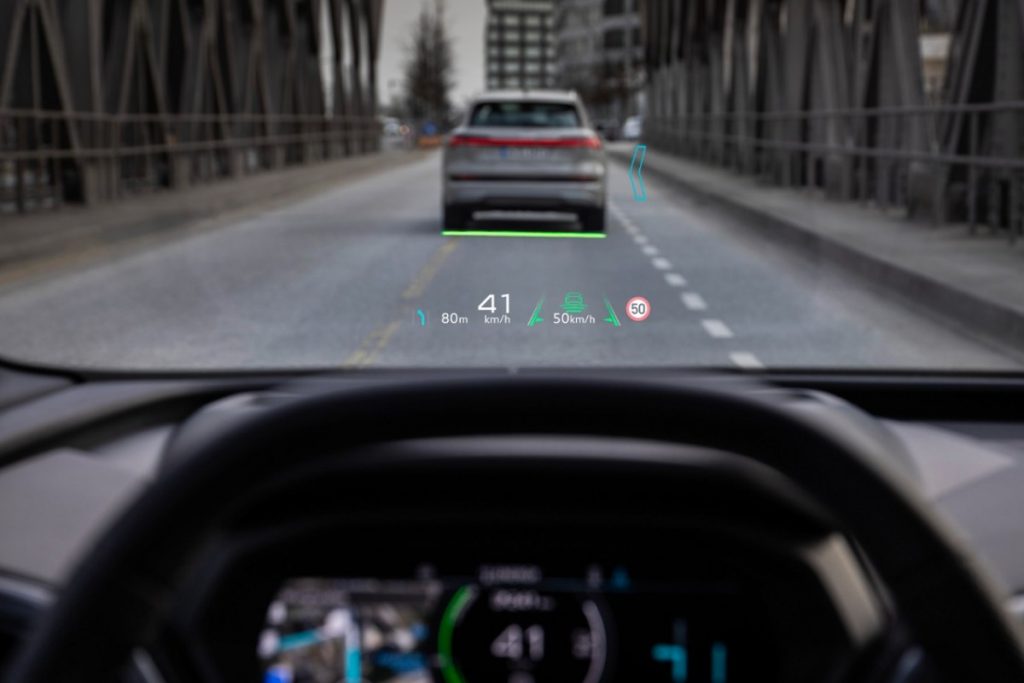