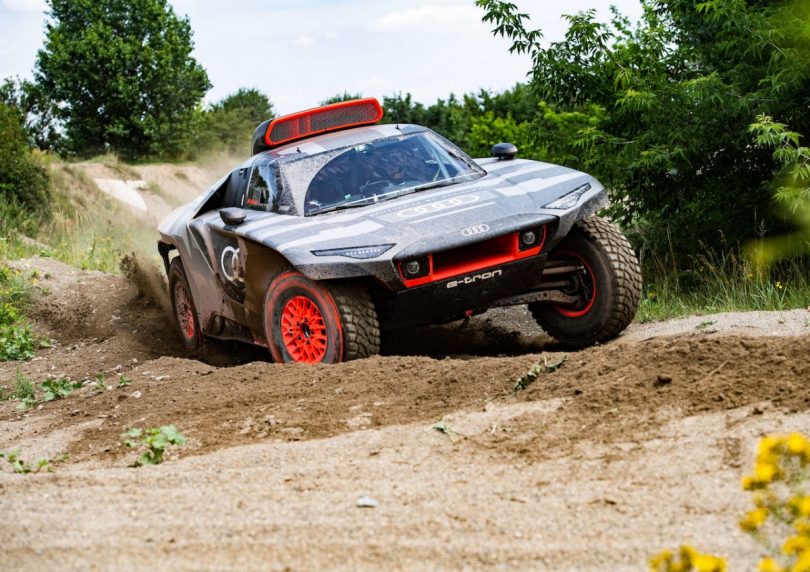 In the world rally championships, Quattro was a game-changing technology. Now, Audi is making leaps and bounds development in electric vehicle technology. The brand also announced that using the electrified drivetrain in combination with an efficient energy converter, Audi will compete in the world’s toughest – ‘Dakar Rally’, against conventionally powered vehicles.

Audi is confident that it will become the first car manufacturer to use electric power and compete for overall victory in the coveted Dakar rally. The tool will be the ‘Audi RS Q e-tron’ created from the ground up in record time and is in line with the brand’s Vorsprung Durch Technik philosophy.

Challenges at the Dakar Rally

The gruesome Dakar Rally presents engineers with unique challenges. Daily stages are up to 800 kilometres in length, and the event lasts for around two weeks. This makes the Dakar Rally the ultimate challenge for electric powertrain vehicles. On top of that, there are no charging opportunities in the desert. Therefore, Audi has chosen a new charging concept for the Audi RS Q e-tron.

Audi will equip the specialised rally stage car with a highly efficient TFSI engine from the DTM. The engine is part of an energy converter that charges the high-voltage battery while driving. The company also employs a motor-generator unit (MGU) from the current Audi e-tron FE07 Formula E car to the front and rear drive axles. Audi reveals that the brand has made only minor modifications to the MGU for Dakar Rally. In addition, braking energy also recharges the batteries.

The Audi RS Q e-tron comes with both front and rear electric drive axles. The e-drivetrain is capable of producing a maximum output of 500 kW. How much power will the Dakar organisers allow is still under consideration. The vehicle also comes with a single forward gear. And the front and rear axles do not link mechanically to each other. The torque distribution is freely configurable through software developed by Audi. Audi also revealed that the brand would use a proprietary battery that weighs about 370 kilograms and has a capacity of around 50 kWh.

The prototype Audi RS Q e-tron made its debut in Neuburg at the beginning of July. Since then, the brand is running an intensive test program, and first test entries at cross-country rallies are in the pipeline. 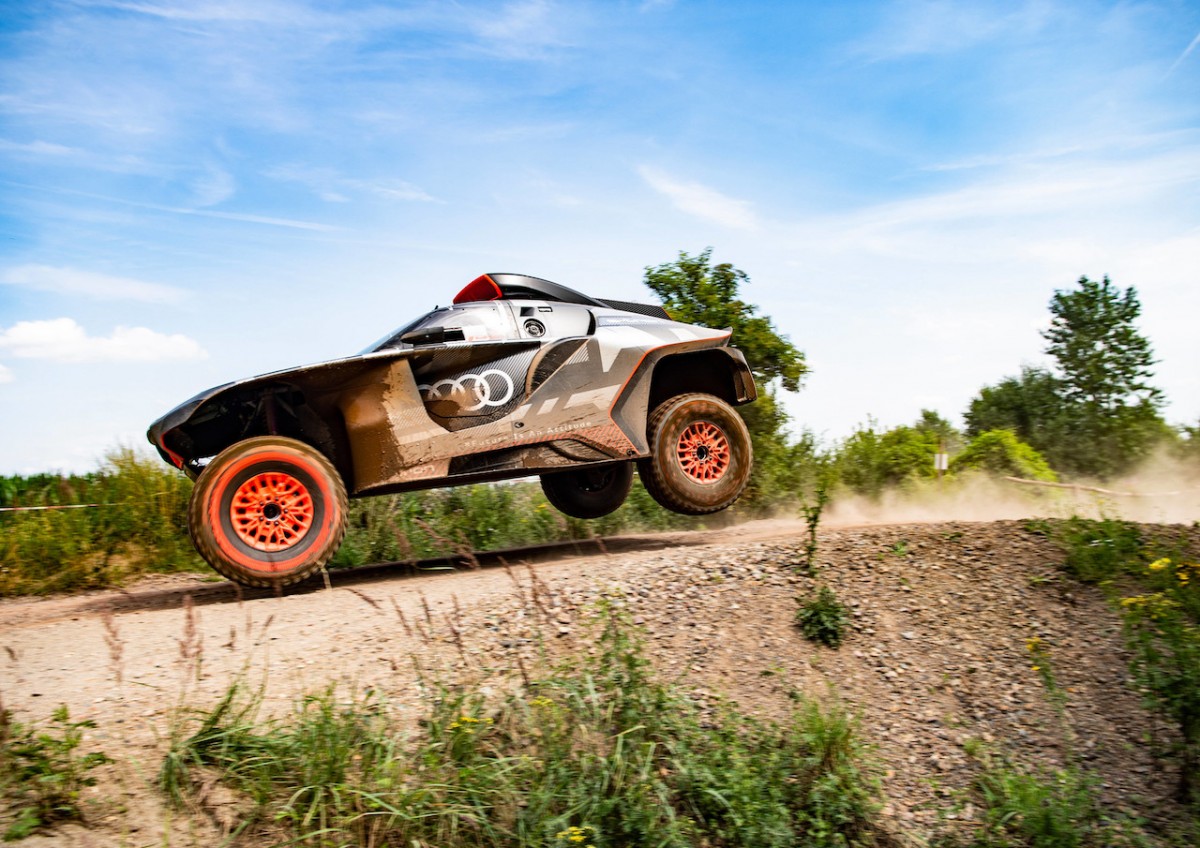 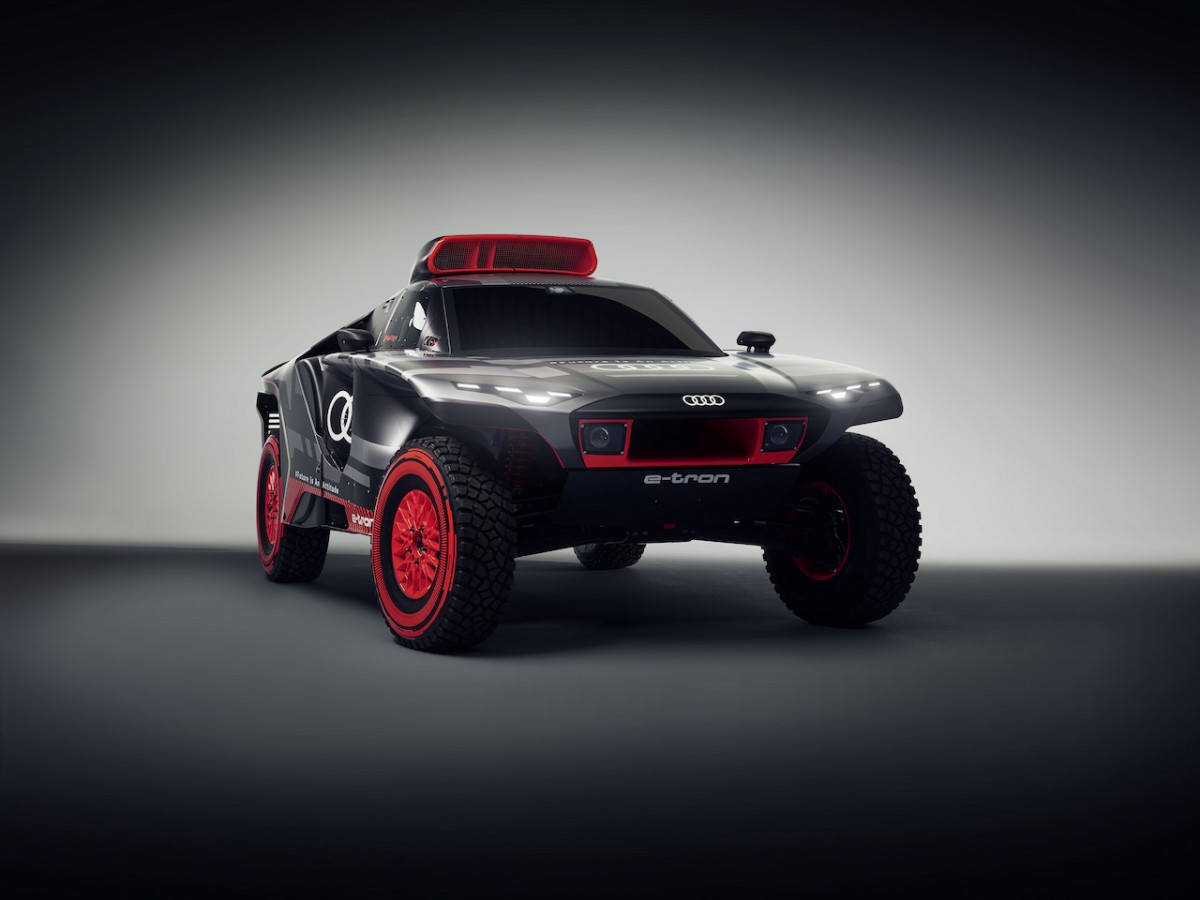