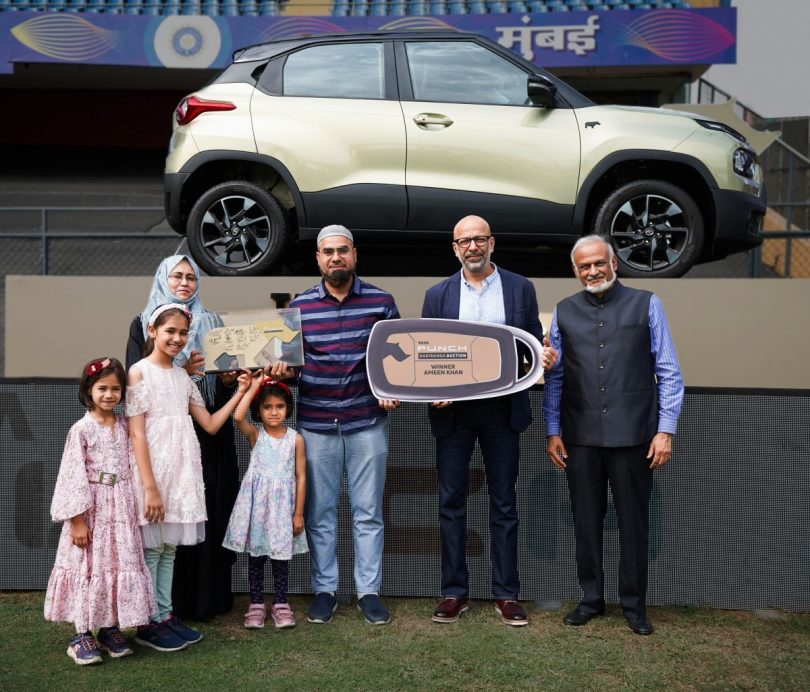 Tata Motors India has announced the Auction Winner of its Tata Punch Kazianga Edition. The auction was held between May 1 to May 3, on the sidelines of the ongoing Tata Indian Premier League. Participants placed their bids online with a starting bid of INR 9.49 lakhs. Finally, Mr Ameen Khan, from Pune, was announced the winner as he put the highest bid.

With this money, Tata Motors will donate it towards the wildlife conservation efforts at Kaziranga National Park, Assam. The key handover ceremony took place at the Wankhede Stadium in Mumbai. The winner also got two tickets to the Tata IPL finals at Ahmedabad. In addition to his, he also received Tata Punch Kaziranga accessories and a Rhino plague which all the Tata IPL team captains signed. In addition to this, he also got an all-expense-paid trip for four to the beautiful Kaziranga National.

Earlier this year, Tata Motors had announced the launch of ‘Untamed Kaziranga Edition of SUVs’. This was an attempt to spread India’s rich geographical and biological diversity. And at the same time, pay homage to India’s national parks. Kaziranga national park ranks pretty high among the largest and most diverse national parks in the country.

Thus, With the symbol of Kaziranga – The Great Indian One-horned Rhino, known worldwide for its agility and power, Tata Motors made a mark in the SUV segment. With the ‘Go-Anywhere’ DNA of the true SUV line-up from Tata Motors, the Kaziranga edition lived up to the expectations as per sales volume. Starting from the Punch all the way up to Safari, this edition covered the entire SUV range of Tata Motors.

Nexon EV Max is an instant success for the company. Within just two weeks since its launch, the electric car already has a waiting period of 4 months. This is not surprising given the reception the standard Nexon was getting. And with the added driving range, power and some features, the Max is even more appealing to the customers.