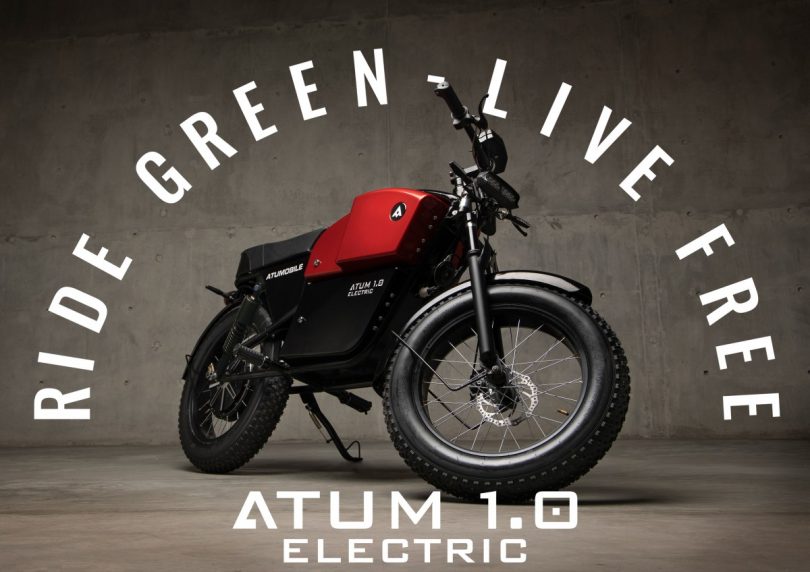 Atumobile Pvt. Ltd, a Hyderabad based electric vehicle start-up, has received the design patent for its e-bike in India. From the looks of it, these electric bikes have a very striking and sporty appeal. Named Atum 1.0, this electric bike will aim to leverage the growing demand for electric motorcycles in the country. The design patent issued shows that the bike has a very sporty sitting position. Atum 1.0 will get three riding postures, standard, sport and cruiser. The company feels that having different riding postures will help them to expand its target audience. The sport riding posture gives the rider a very aggressive setup with their body leaning forward to give them a feeling of a racing bike.

One of the key highlights of this electric motorcycle is its storage space. The traditional fuel tank in IC motorcycles acts like storage space for this motorcycle without compromising the style. This helps in giving the e-bike the style of a retro cafe racer. This also helps in reducing the weight, and the Atum 1.0 weighs just 35 kilograms. Atumobile Pvt. Ltd. mentioned that they are targeting a wide age group starting from 15 years all the way up to 45 years. The e-bike was launched in October 2020, and since then, it has garnered over 850 bookings. Atum 1.0 has received bookings from various cities that include Mumbai, Kolkata, Hyderabad, Delhi, Bengaluru and Chennai.

Atum 1.0 gets a portable lithium-ion battery pack, whose claimed riding range is around 100 km under a single charge. The total charging time is set at 4 hours. Atumobile is also providing its customers with a 1-year warranty on the battery. Atumobile’s manufacturing plant located in Telangana has built this motorcycle using indigenous parts thus, reflecting the Indian Government’s ‘Make In India’ initiative. Atum 1.0, approved by the International Centre for Automotive Technology (ICAT), passes as a low-speed bike. And thus, customers need not have a driving license, nor do they have to register the e-bike under the RTO. 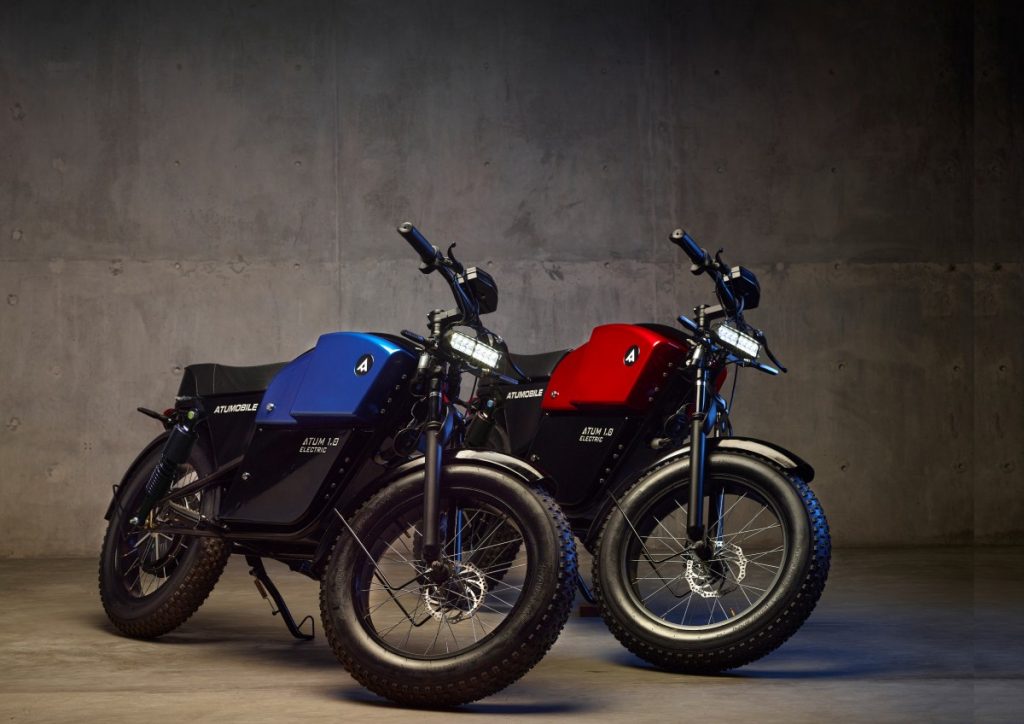 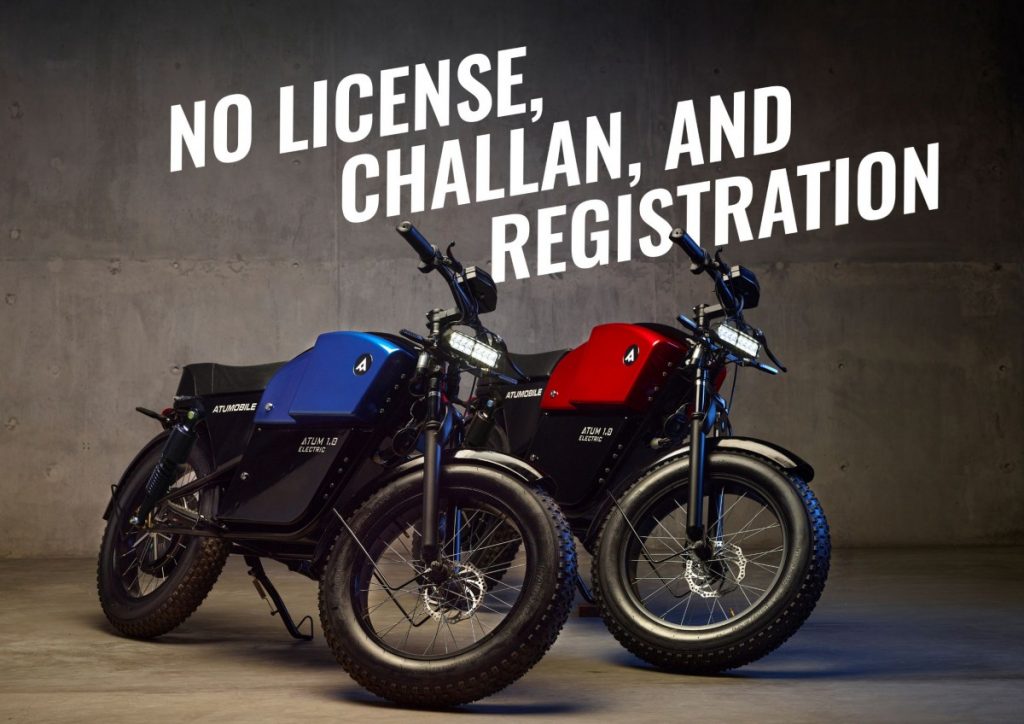 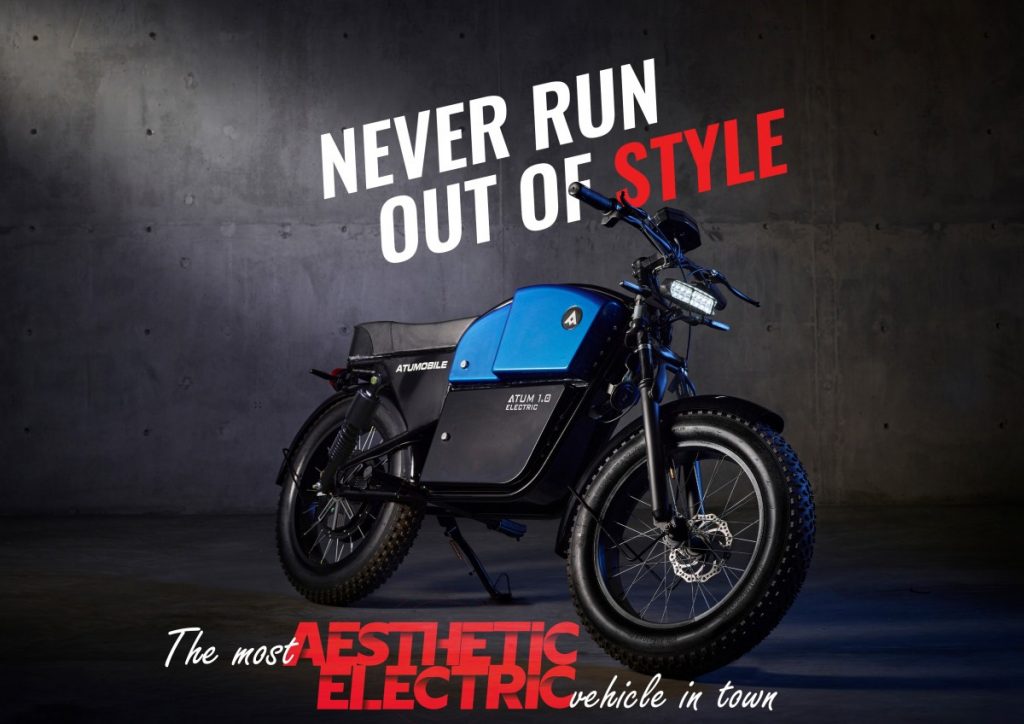