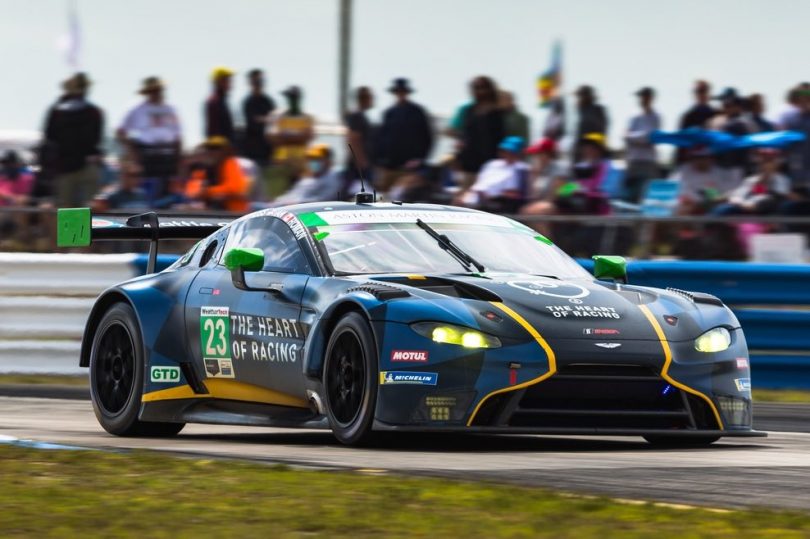 Aston Martin Vantage GT3 finished on the podium of the Sebring 12 Hours for the second consecutive year as its partner team Heart of Racing finished third in the race on Saturday evening. The 12 Hours of Sebring is a motorsport endurance race held at Sebring International Raceway in Florida, US. To date, Porsche is the most successful manufacturer on this track with a total of 18 wins. The Sebring 12 Hours is one of the most demanding races both for the drivers and the technical team.

The drivers of the Heart of Racing team included – Ian James from Great Britain, Roman De Angelix from Canada and Aston Martin Racing works driver Ross Gunn of Great Britain. The team started off well from P9 and found themselves near the front of the GTD class for the majority of the race. The race was going all smooth as strong stints from the teammates allowed Gunn to gain some speed, but in the final stint he dropped off to the third position as the pitstops cycled through. Then there was a late Full Course Yellow with 30 minutes to go which increased the competition as the team faced up pressure from the cars behind them. The luck was on Aston Martin’s side as their rival, a Porsche received a penalty on the penultimate lap thus allowing Gunn to take his first IMSA Weathertech Sportscar Championship podium.

The Winners of 2021 Edition Of Sebring 12 Hours

The No. 5 Mustang Sampling Cadillac of Tristan Vautier, Sebastien Bourdais and Loic Duval put up a great show and got their victory in the 69th edition of the sports car endurance classic and the team’s first win since Long Beach in 2019. In the second position were the No. 55 Mazda of Harry Tincknell, Jonathan Bomarito and Oliver Jarvis.

In other news, Aston Martin Racing will start their F1 campaign with the upcoming Bahrain Grand Prix in the coming weekend. 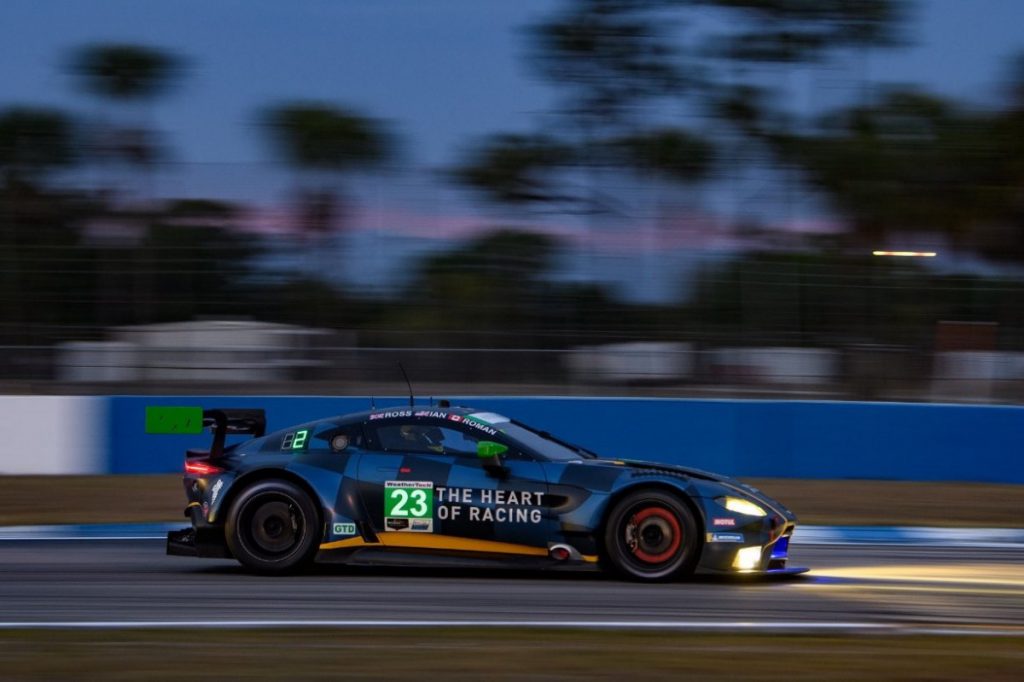