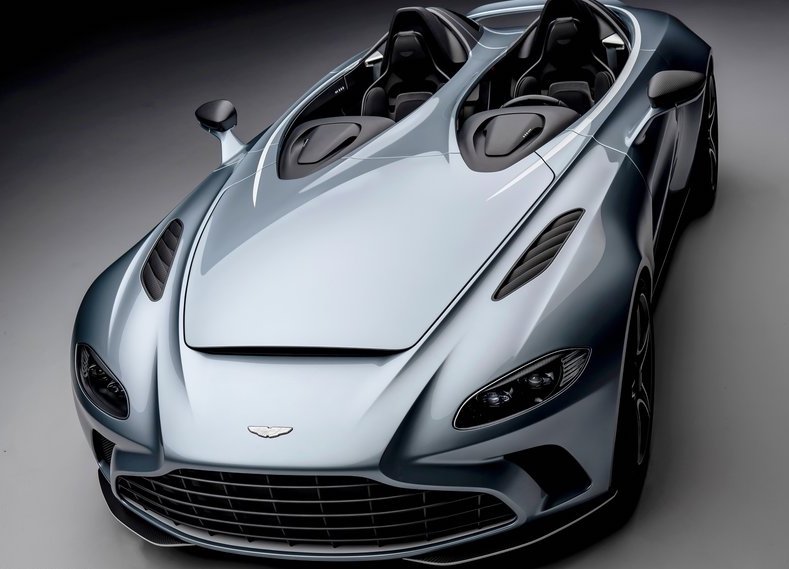 Aston Martin has revealed the V12 speedster at the company’s Gaydon headquarters. The two seated, roofless and windscreen less V12 Speedster is created by the company’s ‘Q’ division. Only 88 examples of the V12 Speedster will be sold and the brand is expected to commence deliveries from early next year.

The V12 Speedster draws its inspiration from the F/A-18 Hornet fighter aircraft and comes in the legendary jet fighters livery finished in Skyfall Silver. In terms of its styling, the V12 Speedster features an imposing front end design with the signature Aston Martin horizontally slated grille, splitter style bumper, aero ducts that flank the apron. The bonnet comes with a horizontal air intake on the front and intake vanes to the sides. The rear of the car comes with the jet fighter inspired canopy for the driver and passenger who have individual bucket seating. A multiple layer rear apron and an integrated spoiler wing that swoops in from the sides of the car and also houses the tail lamp unit.

On the interiors, the V12 Speedster gets a cockpit styled set-up with contoured sport seats, a flat-bottomed steering wheel with paddle shifter finished in carbon fibre, a lot of aluminium and carbon fibre embellishments, a leather-barrel shaped glove box, red accents on the door trim and seats inspired from the fighter jet, a large central tunnel with rotary dials and push buttons for drive mode selection.

The Aston Martin V12 Speedster is powered by a front-mid-mounted all-alloy 5.2-litre twin-turbo quad-cam 12-cylinder engine arranged in a ‘V’ that produces 700hp of power and 753 Nm of torque mated to a ZF 8-speed automatic transmission with a limited-slip differential driving the rear wheels. The V12 Speedster can do a limited top speed of 300 kmph and is able to accelerate from 0-100 kmph in 3.5 seconds.

Other features on the V12 Speedster include shared bits from the brand’s line-up such as the double-wishbone suspension on the front and multilink adaptive dampers with selectable drive modes. The wheels on the Aston Martin V12 Speedster are 21-inch alloy wheels and gets its braking power from carbon-ceramic brakes. 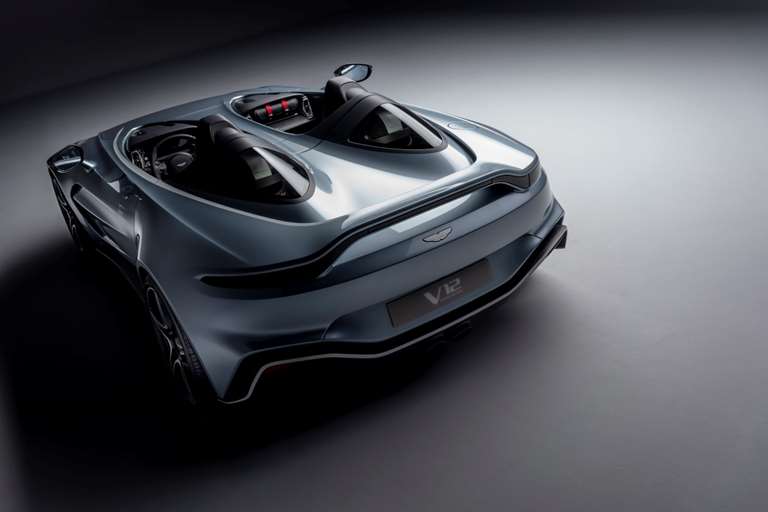 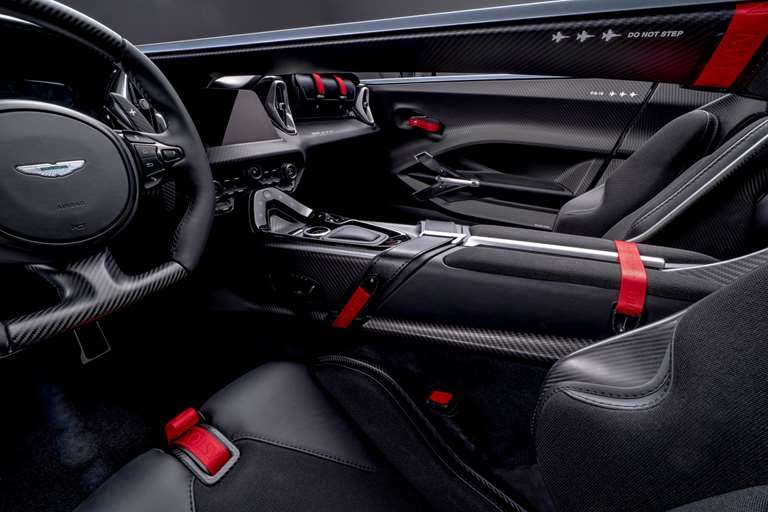