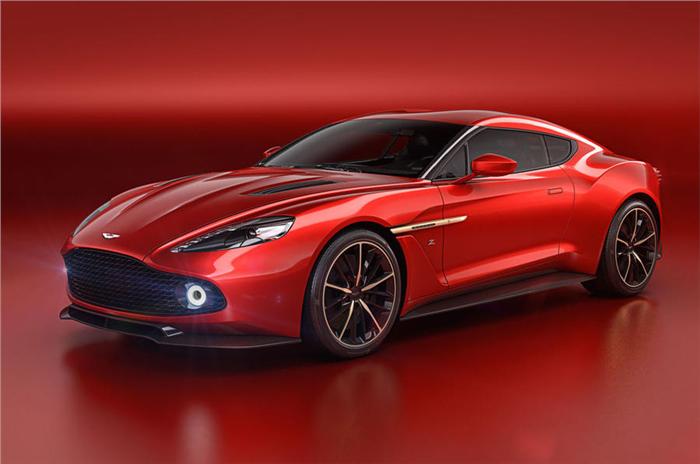 After successfully launching the Vulcan and One-77, Aston Martin and Zagato together have now revealed their latest creation called ‘Vanquish Zagato’ in the form of a concept. Scheduled for a debut at the upcoming Villa d’Este concours d’elegance in Italy, Aston Martin decided to unveil the car before to make some noise. 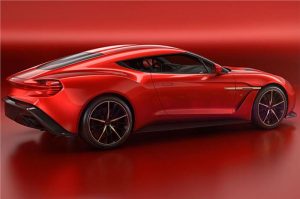 From the finest mix of Italian and British automobile industry, the Vanquish Zagato has been carved out from full carbon fiber bodywork. Looking at the car gives idea about how the large single piece panels and the Zagato’s trademark double-bubble roof have given this concept a clean and impressive look.

Best part of the concept is the rear-end of the car which has been differently designed with round LED tail lights which have used the ‘bladed LED’ technology carried over from the Vulcan. The round reflectors in between give the distinct ‘Zagato’ look. 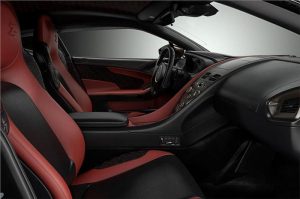 Other features include the side ‘wing’ mirrors from One-77 while there are design clues to the rear from the iconic DB11.

Even the interior parts have been made from carbon fiber such as AC vents, rotary dials, etc.

Mechanically, it uses a naturally aspirated 5.9-litre, V12 engine that has been upgraded to produce 599.19 HP of power as compared to 575.87 HP of  the standard Vanquish. Suspension upgrades have been made for sharper handling.

It seems like Aston will keep their tradition going on of producing a handful of limited cars like these, just like how they have been doing in the past.

Aston Martin does operate in India, but it remains to be seen if someone on our shores orders these rare exotics. 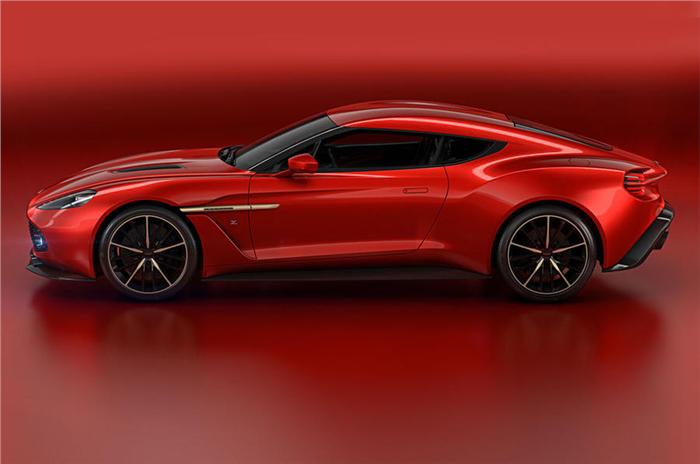