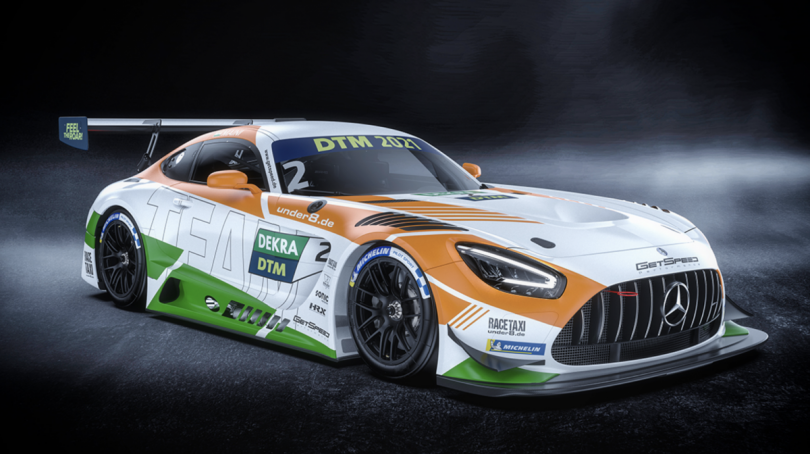 Arjun Maini, the 23-year-old racing sensation from India will race in DTM with Mercedes-AMG Team GetSpeed which consists of 8 rounds with 16 races across Germany and Europe. From his childhood, Maini has been a successful race driver. In 2011, he won the Indian junior championship and was also part of ‘One from a Billion Hunt’, an event run by former Formula 1 team Force India. Then in 2013, he participated in the F4 British Championship where we achieved massive success. In that season, he finished second place, just three points behind George Russel, the current Formula One driver for Williams racing. Then he went on to participate in the Formula 3 European Championship, GP3 Series and FIA Formula 2 Championship. In recent years, he raced in the European Le Mans Series and in the 24 Hours of le Mans. In the Asian Le Mans Series, Maini with his team won the LMP2 at the 4-hour race held in Shanghai.

For the first time, DTM will feature GT3 cars. A race weekend will typically consist of two free practice sessions on Friday, followed by a qualifying race and then a one-hour-race on Saturday and Sunday. The schedule of the season will start from 18th June in Monza, Italy and from there the race will follow, Norisring (2nd to 4th July), Lausitzring (23rd to 25th July), Zolder (6th to 8th August), Nürburgring (20th to 22nd August), Red Bull Ring (3rd to 5th September), Assen (17th to 19th September) and finally moving to Hockenheimring where the grand finale will take place from 1st to 3rd October. Arjun Maini will aim to put on a great show driving the Mercedes-AMG GT3 and see how he stacks up against other GT3 drivers. DTM has always been one of the most exciting races in motorsport and we hope the 2021 season will also keep us on the edge of our chairs for the entire race duration.

In the latest news, Racing Team India with Narain Karthikeyan, Arjun Maini and Naveen Rao become the first-ever Indian Team to qualify for the upcoming 2021 season of 24 Hours Of Le Mans. 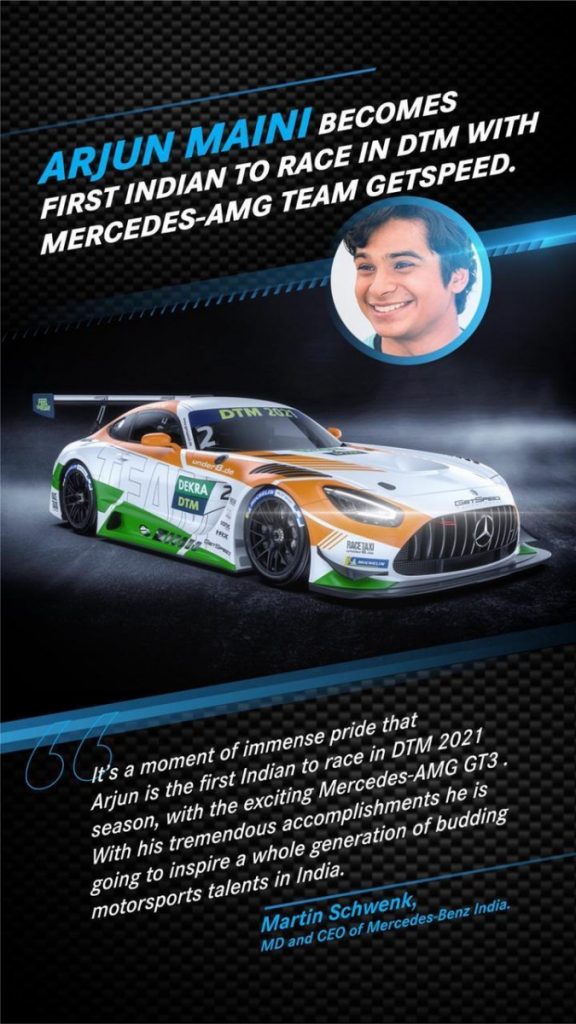