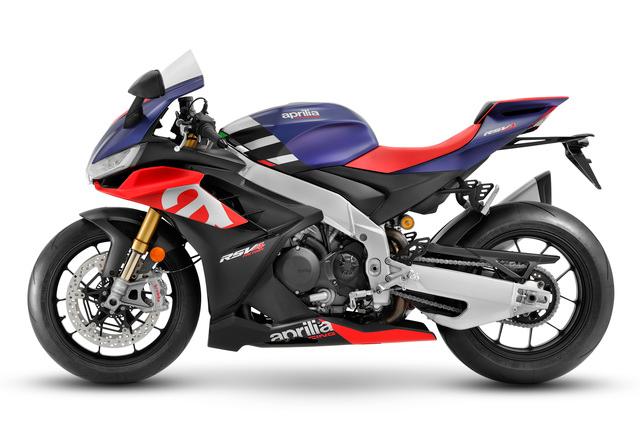 The 2021 Aprilia RSV4 and RSV4 Factory now feature a completely revamped body with new double-walled aero ducts similar to the ones on the RS660 supersport. The previous aero winglets have been replaced by the new advanced fairing modelled in the wind tunnel which not only offers significantly low aerodynamic resistance coefficient but also improves performance at high speeds, increasing the downforce.

The brand has also air pressure in the airbox and the new advances in the applied aerodynamics has also improved the motorcycle’s stability at high speeds, improved the engines cooling efficiency, and also diverts the hot air from the engine away from the rider, an addition to the highly aesthetic looks inspired from the latest RS660 superbike. The Aprilia RSV4 and RSV4 Factory feature Aprilia’s hallmark triple-LED light cluster along with a perimeter LED daytime running lights, “bending lights” function that illuminates the inside of the turn, increasing the visibility of the corner.

The Aprilia RSV4 and RSV4 Factory are powered by a new 1,099cc V4 engine which previously had the displacement of previously 1,077cc and despite Euro5 approvals, the engine gains both power and torque thanks to the new exhaust system as well as the increase in displacement. The world’s first mass-produced narrow V4 engine produces 217 Hp of power.