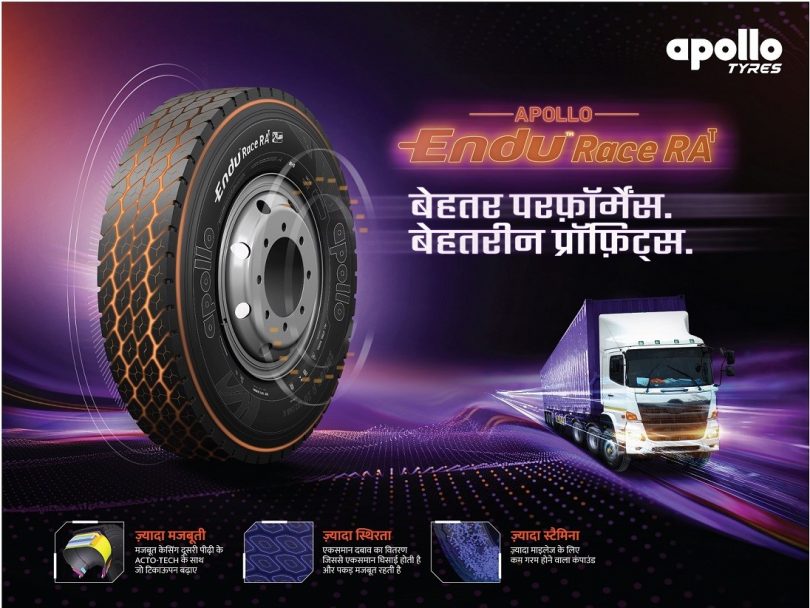 Apollo Tyres introduces a new set of tyres called EnduRace RAt, especially for the TBR (Truck-Bus Radial) segment. Post pandemic, there has been an increase in demand for commercial vehicles in the country. And this, in turn, is increasing the demand for tyres; hence Apollo Tyres has come up with this product. Keeping in mind the new axle requirements and higher expectations of even wear and initial tread mileage, RAt is the answer for Apollo. These tyres produced at the Chennai manufacturing plant aim to deliver the customers with the best results.

Apollo confirmed that they have rigorously tested this set of tyres. These tests include real-world applications along with other in house performance tests. Apollo aims to deliver 80,000 units of EnduRace RAt per month. As per reports, Apollo currently has a market share of 32 per cent (OE + Replacement) in the commercial segment. And with the launch of this set of tyres, the company will aim to extend its share in the pie.

Given the surge in sales of SUVs in the market, Apollo has come up with a special tyre for this segment. Named Apterra Cross, this set of tyres are best suited for the fast-growing SUV segment. Moreover, Apollo mentioned that they had undertaken comprehensive research for the development of these tyres. These tyres are perfect for SUVs that are in constant fight against bad roads, large potholes and adverse climatic conditions. Moreover, Apollo also has plans to export these sets of tyres to ASEAN and SAARC markets in future. Apollo has also given the tyres an aggressive look that perfectly matches the ruggedness of a typical SUV.

Customers planning to buy Apollo tyres need not visit the workshop to explore all their options. This is because Apollo has started its own e-commerce portal. Under this initiative of ‘Buy Online, Fit Offline’, customers have the flexibility of exploring Apollo’s range of products from the comfort of their homes. 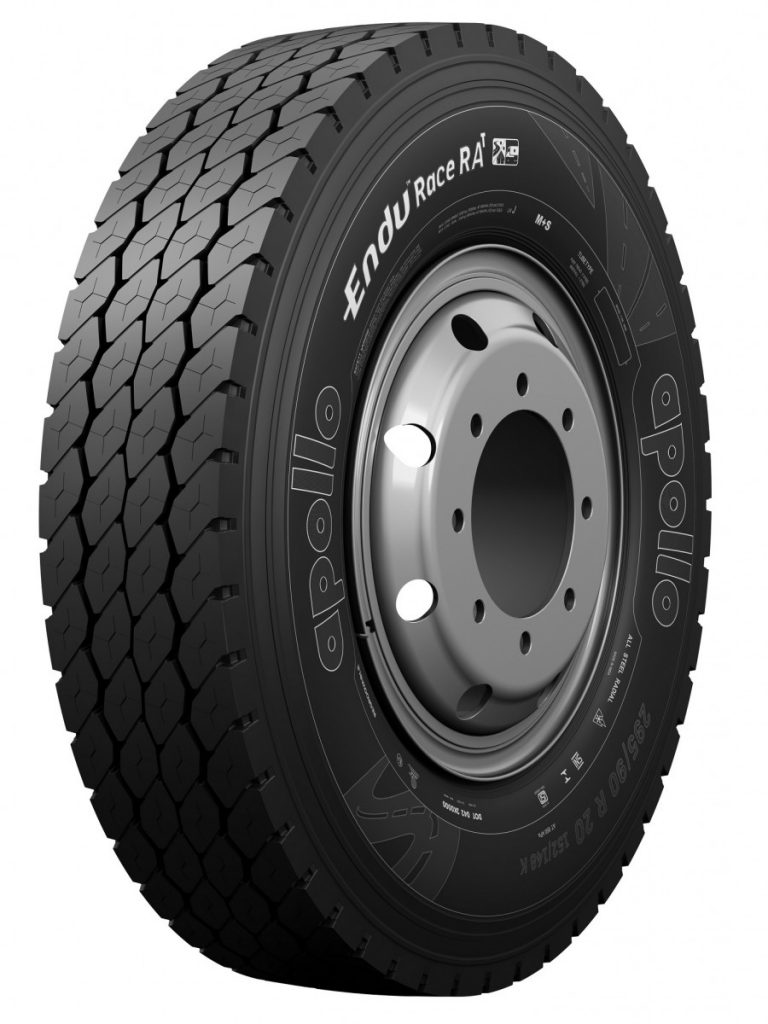