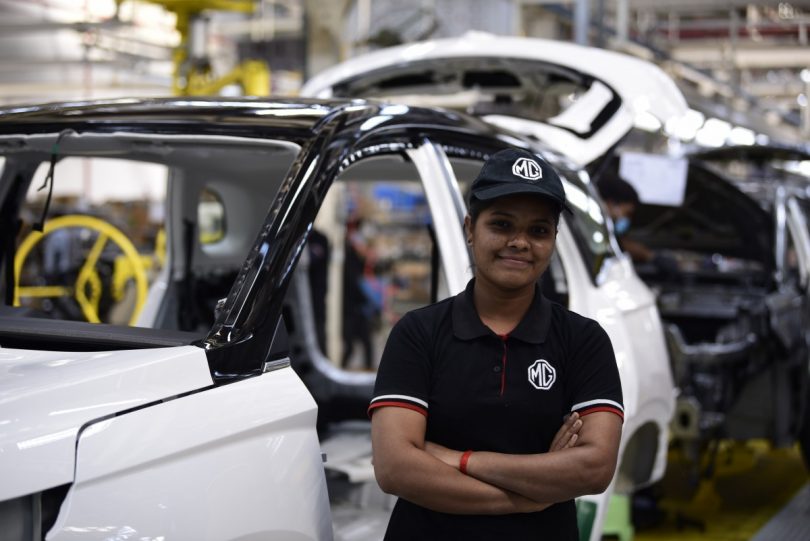 MG Motor India has announced that the brand’s all-women crew has manufactured the 50,000th MG Hector at the brand’s state of the art manufacturing facility in Halol Gujarat. The Chinese-owned British heritage brand works closely with the local panchayats and doing so has encouraged more young women to work at the MG plant which provides them with a safe and secure environment. MG’s initiative is in-line with the brand’s gender parity across workplaces.

Now in a new development, the women-only team has created a new benchmark in the auto industry as the team led end-to-end production of the 50,000th MG Hector including panel-pressing of sheet metal and welding, paint jobs as well as carrying out post-production test runs. The automaker also boasts an industry-leading share of women in its workplace which stands at 33%. The women professional work shoulder to shoulder with their male counterparts in all business aspects which sets new benchmarks, especially in the erstwhile male-dominated sector.

MG Motor India aims to achieve at least 50% gender diversity in their organisation paving the future for a balanced workforce. The Halol Manufacturing facility that rolled out the 50,000th MG Hector is fully equipped with Automated Guided Vehicles (AGV) and Robotic Process Automation (RPA). The Robotic Process Automation controls various processes at the shop including Robotic Brazing, Paint Shop for Robotic Primer and Top Coating and GA Shop for Robotic Glass Glazing. According to MG Motors, both men and women crew can handle the machines with equal proficiency and competency.

MG Motor India is planning to expand the Halol production plant with an investment of INR 2,800 Crore. Currently, the brand is able to produce 4,000 to 4,500 units every month, but according to reports, the paint shop is a constraint and therefore two-shift operations instead of a single shift that operates in other processes. 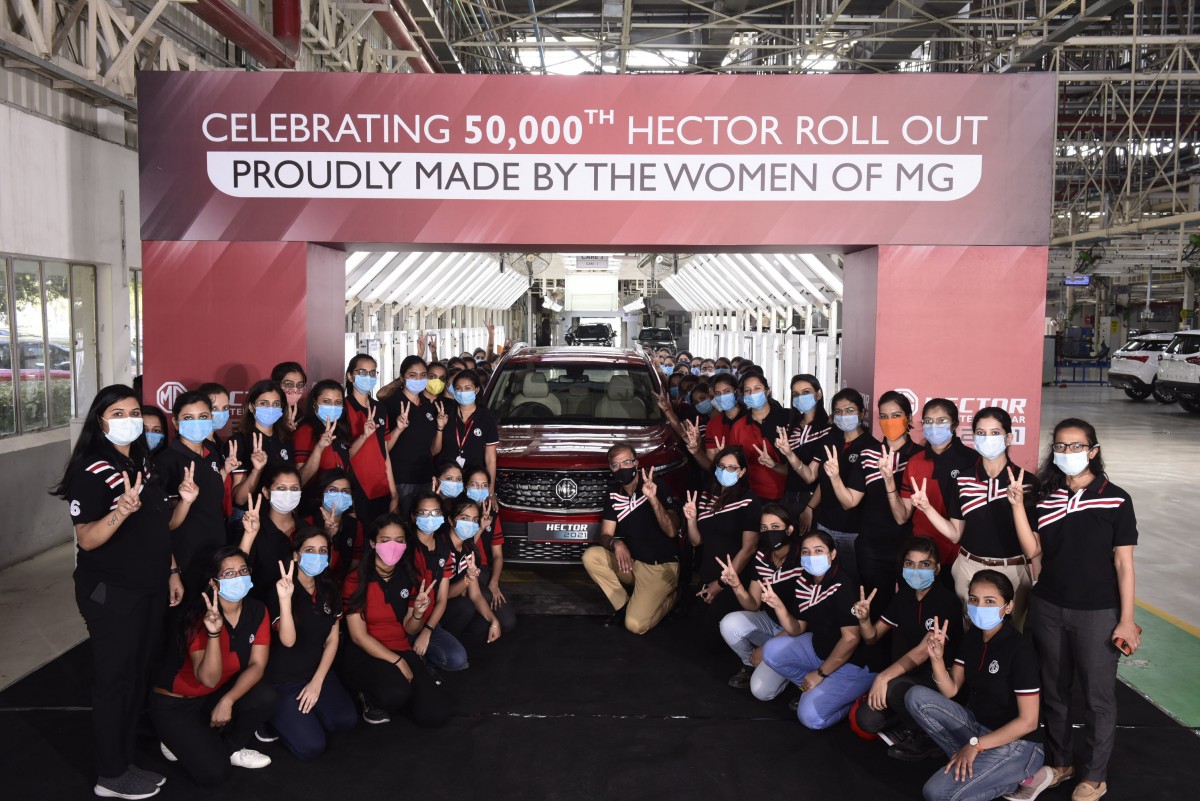 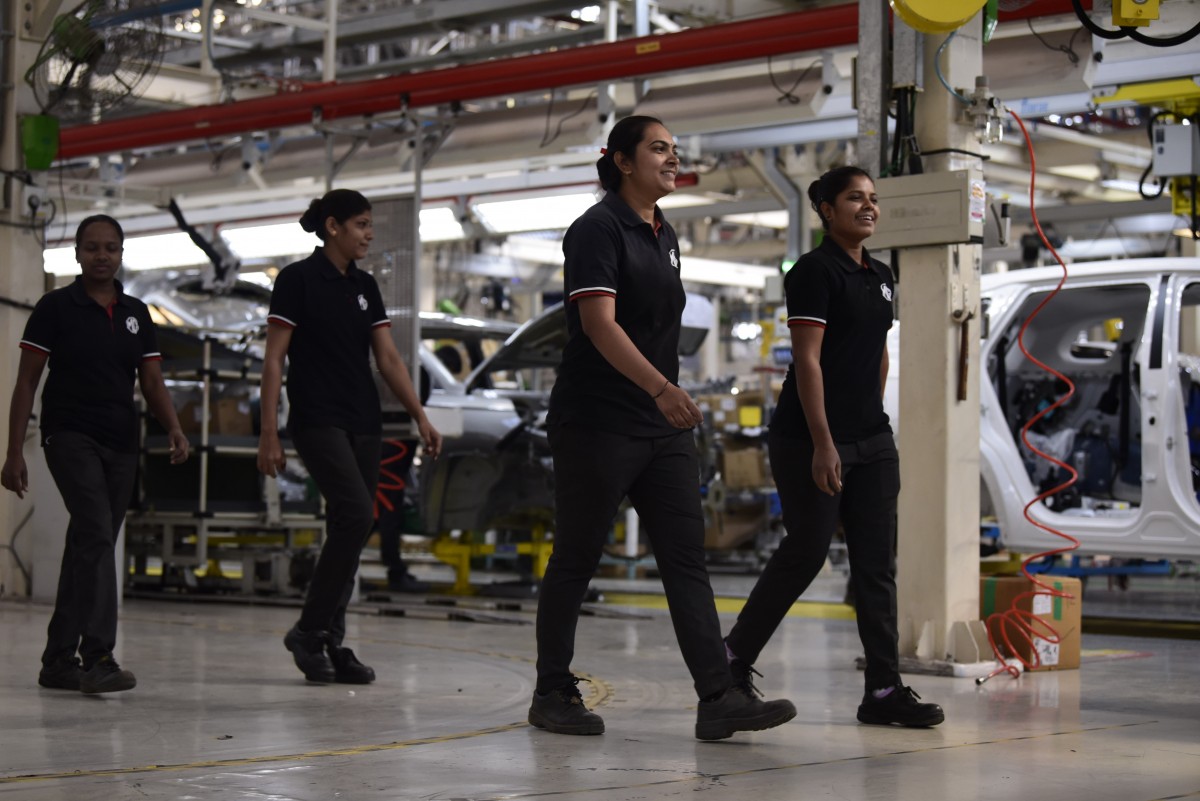