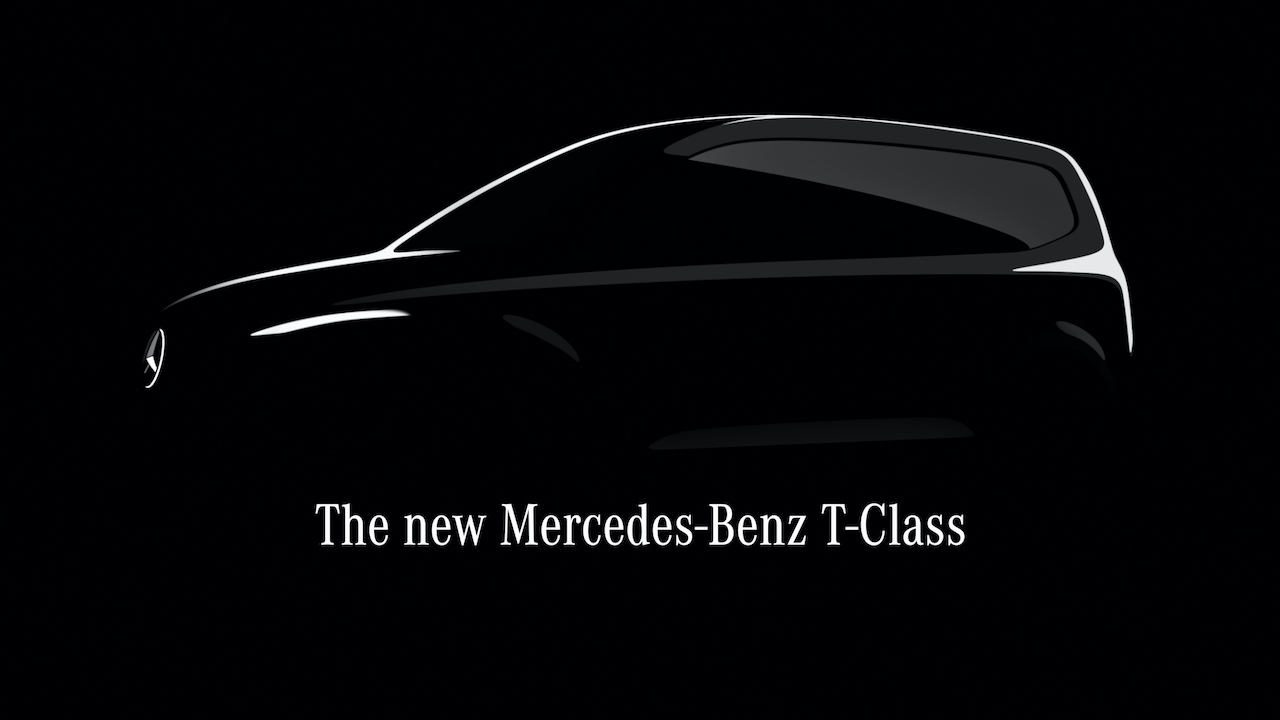 Mercedes-Benz will soon be launching a new small Van for private customers under the class designation T-Class in the international market. The new Mercedes-Benz T-Class will be developed by the ‘Mercedes-Benz Vans’ division which makes small, medium and large size vans. The small van platform will be used to build the new T Class which is targeted towards families and active leisure enthusiasts. The Mercedes-Benz T-Class has been confirmed to make its debut in the first half of 2022.

The brand has also released a single teaser image which shows the design outline of the upcoming model. The Mercedes-Benz T-Class will be based on the same design language as other Mercedes-Benz vehicles and the brand has revealed that the T-Class will be positioned under the V-Class making it affordable that not only meets the requirements of small families but also offers an attractive price-value ratio for leisure-oriented people.

Mercedes-Benz has revealed that the T-Class will get a sliding mechanism on both the sides of the second-row doors which not only offers wide opening and easier access but also a better position for the ingress/egress for passengers. Large amounts of space inside the T-Class also enable it to be utilised in different roles and the van can also be used as a people mover without compromising on comfort.

The brand has also revealed that the Mercedes-Benz Vans division in August last year announced that the brand will be bringing in the next-generation Citan, which is a popular commercial urban delivery van in the brand’s portfolio since 2012. The Mercedes-Benz Citan and the new T-Class will be based on the same small van platform where Citan is targeted towards commercial customers the T-Class is focussed towards private users.

Mercedes-Benz Vans division had also announced in August 2019 that the next-generation Citan will be available with an electric powertrain and the brand has now confirmed that alongside conventional drive systems both the Citan and the T-Class will get a fully electric variant. As of now, no details on the powertrains have been revealed and more details are expected in the near future but, the T-Class and the Citan will be established in cooperation with Renault-Nissan-Mitsubishi.