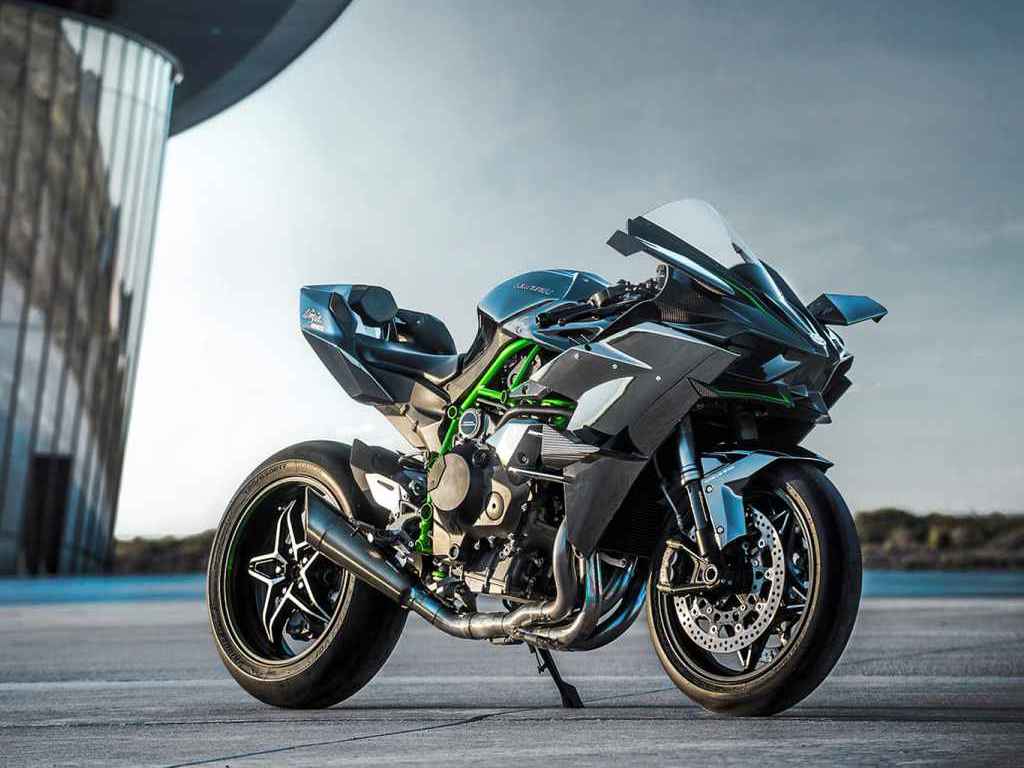 Kawasaki Ninja H2R is a track version of the supercharged sportsbike H2 from the Japanese manufacturer and is termed as the fastest motorcycle in world. Good, but if we tell you that there exists a group of chaps that tuned the already mad superbike to make it go faster than it could actually do, like 385 Kmph?

Trick Star Racing is what they call themselves and have tuned this powerful motorcycle and then gave it to Ryuji Tsuruta, who is a WSBK rider, to top out it on a runway in Japan. Well, as expected it touched 385 Kmph!

Want to get another shock? According to Ryuji, the motorcycle could have easily crossed 400 Kmph mark but they eventually ran out of track. Phew.

H2R uses a 998cc engine and makes 300 PS by using a supercharger but these gentlemen have tuned it to deliver 400 PS and the results are in front of you.

For achieving such results, Trick Star made many  modifications to the motorcycle. Like factory standard winglets were removed for reducing drag, special tyres were used from Dunlop and of course the supercharger and other essentials of engine were reworked to boost it up to 400 PS.

Here is the video, check it out :