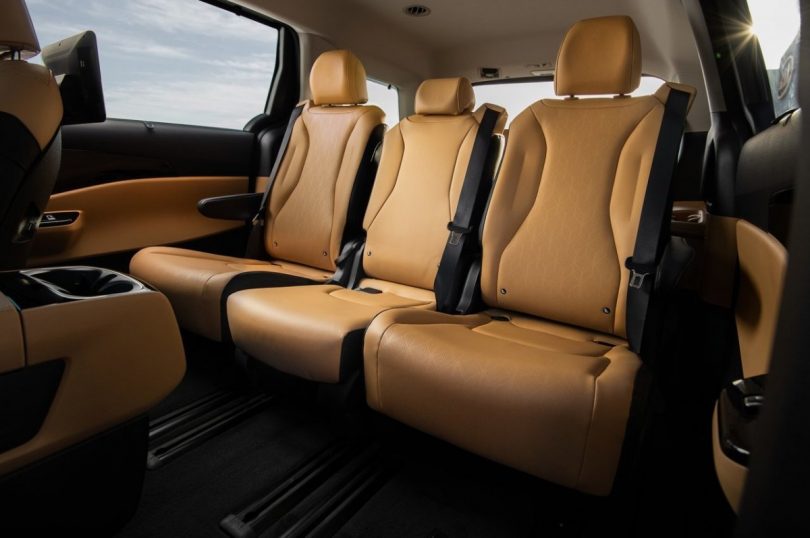 The Indian road transport ministry has announced that OEMs in India will need to offer a minimum of 6 airbags. According to the Ministry of Road Transport and Highways (MoRTH), 8-seater vehicles must have 6 airbags for passenger protection. Along with amending the Central Motor Vehicles Rules Act of 1989, the MoRTH issued a draft notification on January 14th, 2022. The draft states that vehicles manufactured after October 1st, 2022, must feature 6 airbags to reduce frontal and lateral impact.

Reasons behind the decision

The airbag is a vehicle occupant-restraint system that acts as a barrier between the occupant and the interiors of a vehicle. Meanwhile, the MoRTH mandated the fitment of a driver airbag on all vehicles in India from July 1st, 2019. The ministry then followed this up by mandating the fitment of a front passenger airbag from January 1st, 2022. Road Transport and Highways Minister, Nitin Gadkari announced via Twitter that he approved a Draft GSR notification for 6 airbags.

He stated that it is necessary to implement two side airbags and 2 side curtain airbags on all passenger vehicles. This decision will ensure that M1 category vehicles in India will feature a minimum of 6 airbags for enhanced safety. Data from the Indian Government suggests that 1,16,496 road accidents occurred on national highways (NHs), including expressways, in 2020. The statistics also suggest that these road accidents caused 47,984 deaths, due to which safety is a key factor.

Gadkari stated that lower or middle-class families in India who can only afford small cars should get access to 6 airbags. He went on to comment that only the rich Indian citizens can afford vehicles that offer 6 airbags as standard. By implementing this draft, Gadkari believes that the safety of all Indian citizens with vehicle ownership will improve drastically. However, he also acknowledged that adding airbags will increase the price of small cars by INR 3,000-4,000.

During the final week of December 2021, the Indian Government announced an INR 76,000 crore incentive scheme for semiconductors. The scheme stated that the Government would provide a 50% coverage of costs for manufacturers who plan to establish facilities. With this scheme, the Government aims to encourage the local manufacturing of semiconductors to counter the global shortage of chips. 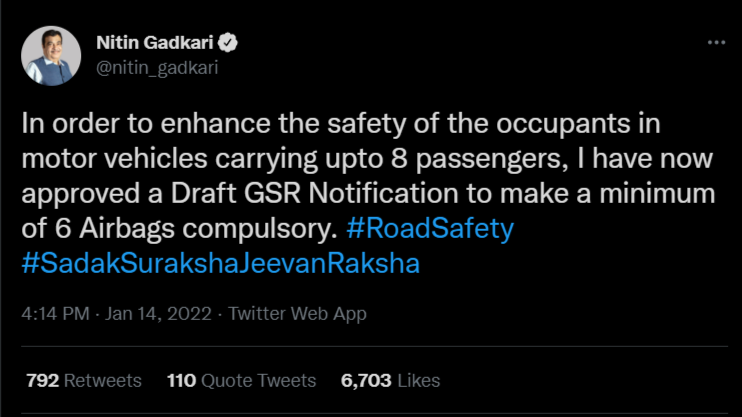