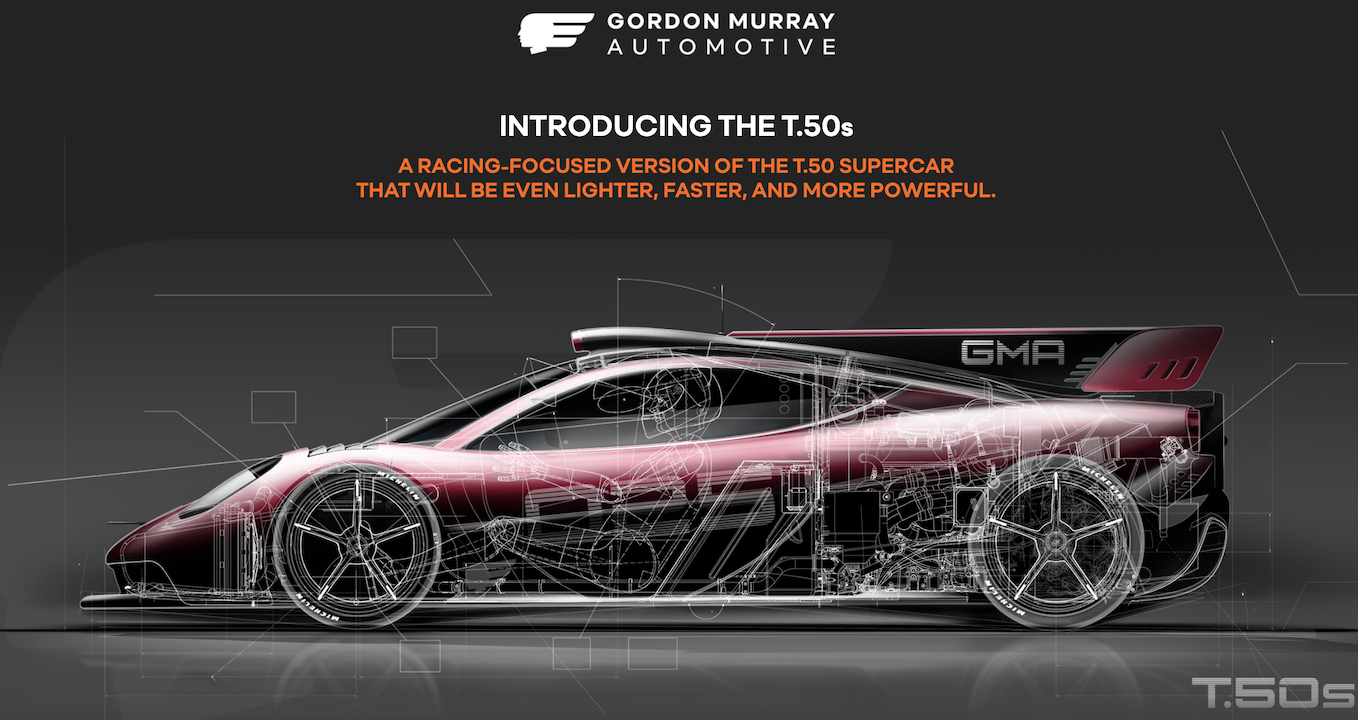 Gordon Murray Automotive (GMA) has revealed a new Race-Specific iteration of the road-spec GMA T.50 that was unveiled in the recent past. The race-version super limited edition model is codenamed T.50s and the brand has announced that only 25 highly-individual examples will be commisioned. The GMA T.50s will be priced at GBP 3.1 Million that roughly converts to 30.03 Crores before taxes. The standard T.50 supercar is priced at GBP 2.36 Million before taxes which roughly translates to INR 23.3 Crore a piece.

Built on the GMA T.50 super car the race-spec version is lighter, more aerodynamic and comes with a more powerful mill. The track-only model features a new 1,758mm-wide delta wing mounted to the rear of the car, inspired from Murray’s 1983 Brabham BT52 Formula One car works in conjunction with the 400mm radical rear-mounted ground effect fan, a new front splitter, underbody aerofoil and adjustable diffusers that together develop a downforce of 1,500 kg.

The lightened race car, has been put through an extensive diet program and has lost 94 kgs of weight in the process. The T.50s tips the scales at only 890 kg, making the amount of downforce, 170% more than the weight of the car itself. The standard GMA T.50 also boasts a light overall weight which is kept at just 986 kg. The brand claims that a typical supercar weighs around 1,436 kgs and according to that the GMA T.50 even in the standard avatar weighs ⅓ less than an average supercar.

The GMA T.50s  operates in High Downforce Mode at all times, unlike the road-spec T.50’s six aerodynamic modes. The track tuned aerodynamic package on the T.50s means that the car runs with its underbody diffusor ducts fully open and the ground effect fan running permanently at 7,000rpm. The T.50s also features a spinal aero fin that runs from the top of the roof to the rear lip of the car, enhancing its cornering efficiency and stability, as well as cleaning and channelling air over the car’s body towards the delta wing. Apart from the downforce and stability when cornering, the aerodynamic package also enables the T.50s to generate around 2.5G – 3G under braking.

On the inside, the T.50s comes with a performance-focussed package and GMA has omitted comfort and convenience features such as air-conditioning, infotainment, storage compartments, and carpets. Even the road-car’s instrumentation has been replaced with a race-spec display that only presents key performance-focused readouts, including track lap times, G-forces and essential vehicle / engine data and avoids information overload. The T.50s comes with a a Formula One-style rectangular carbon fibre steering wheel and again everthing has been stripped except essential controls such as traction and launch control functions, and buttons to activate the pit-lane intercom, and select neutral. GMA has also scrapped a passenger seat and the T.50s comes with a new carbon fibre racing seat fitted with a six-point harness.

The GMA T.50s is powered by an extensively reworked Cosworth GMA V12 engine featuring completely revised cylinder heads and camshafts, a higher compression ratio and an all-new free flow exhaust system. The brand has revealed that more than 50 components have been changed in the engine alone. The periscope-style ram air inlet feeds the engine with more air as the speeds increase adding 30 PS of additional power. At full send the new engine can punch out 730 PS of power at 12,100 rpm. The engine is mated to an entirely new six-speed IGS (Instantaneous Gearchange System), a bespoke pre-selector gearchange system by Xtrac that features new drive ratios, optimised for speed, with paddle-shift replacing the road car’s manual set-up.

The performanc-oriented T.50s retains the carbon monocoque from the T.50 but GMA has made significant changes to the body panel in a bid to reduce weight. The rising rate suspension is also carried over from the T.50, but the spring rates, dampers and front anti-roll bar in the T.50s are tuned for racing. The T.50s comes with forged magnesium wheels that significantly reduce the car’s unsprung mass, shod in Michelin Cup Sport 2 tyres. The T.50 also features high-performance Brembo carbon ceramic discs with six-piston calipers at the front, and four-piston calipers at the rear. The brakes feature enhanced cooling via new ducting around each wheel for temperature management at racing speeds.

The GMA T.50s’ historically-significant official name will be announced later this year at its global reveal. More than half of the exclusive production run has already been sold even before any details were released. Production of the 25 racing T.50s cars will begin in Q1 2023.

The Gordon Murray Automotive team will also offer a full range of pit, garage, and support equipment for the T.50s. 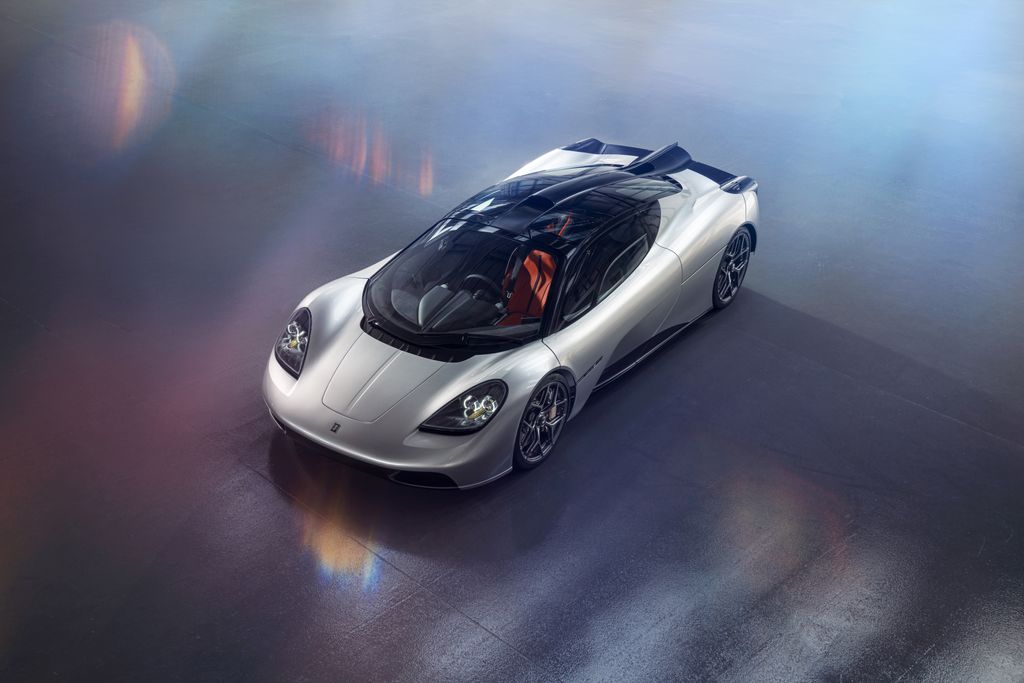 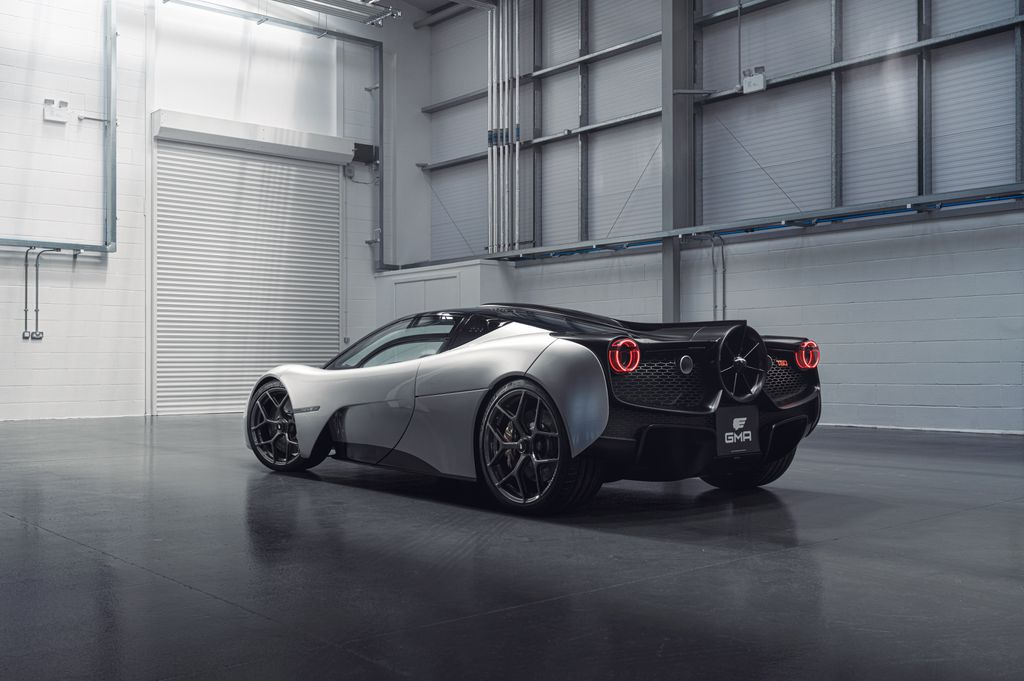