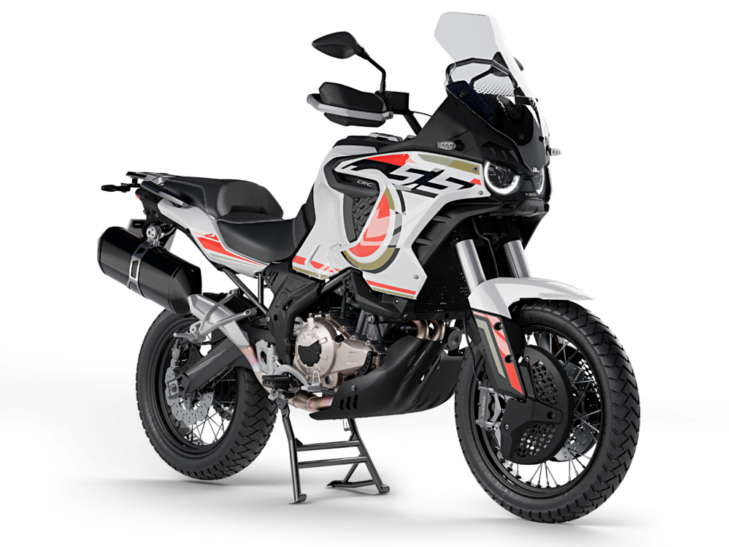 MV Agusta has unveiled a new 550cc adventure-tourer at the 2021 EICMA. Named Lucky Explorer, this motorcycle is the smallest in the lineup of MV Agusta. Taking the inspiration from MV Agusta Elefant, Lucky Explorer has all the kit and mechanicals to make it a proper adventure tourer.

Lucky Explorer 5.5 – What We Know So Far

From the very first look, onlookers will definitely identify the motorcycle’s flat nose. This gets twin LED DRL rings that add to the aggressive character. The large fairing helps with the air intake. Other design cues include a robust sump guard, a high-set mudguard, knuckle guards and more. MV Agusta has also added some striking graphics that help enhance the overall outlook of the motorcycle. Furthermore, the wire-spoke wheels perfectly complement the adventure-tourer motorcycle. MV Agusta is using the new parallel-twin 550cc engine that has a bore of 70.5mm and 71mm stroke. This means that the engine’s torque figure will be available across the entire rev range.

The motorcycle is yet to make an official appearance with an official spec sheet, and this could happen sometime next year. Being the smallest motorcycle in the lineup, we could see MV Agusta offering the Lucky Explorer to various developing countries. This suggests that there are chances, MV Agusta could launch the Lucky Explorer for the Indian market. As per reports, Lucky Explorer will eventually become the most affordable offering of MV Agusta. And hence we can expect more customers enquiries about the same.

Recently, MV Agusta revealed the Nurburgring Edition of Brutale 1000. This is a limited edition model, of which only 150 will make it onto the roads. Those looking for a more affordable variant of the Brutale series must consider the newly launched Brutale RS trim. Along with this, the motorcycle maker also revealed a limited edition of the Superveloce Ago. 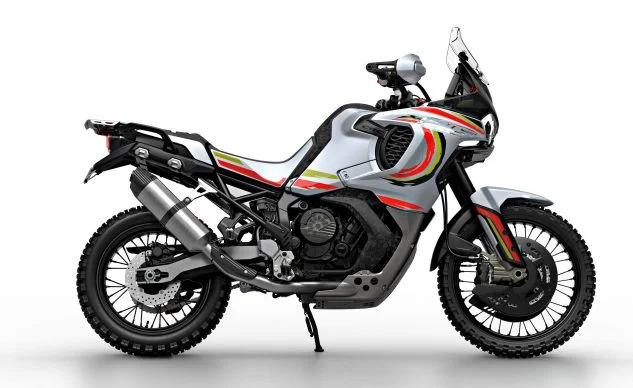