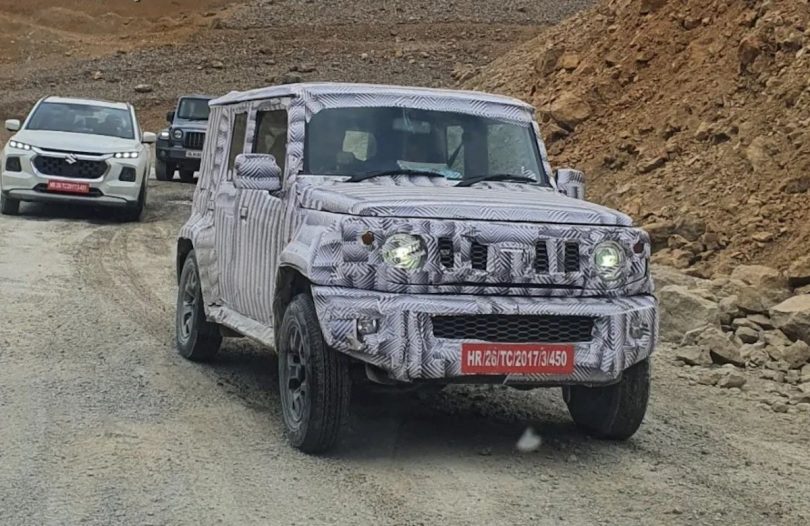 Maruti Suzuki’s first SUV launch for 2022 was the Brezza, which was an instant hit. Next up was the Grand Vitara, which has received over 50,000 bookings. In addition to this, Maruti Suzuki also has 2 more SUVs in the pipeline – the Baleno Cross and the Jimny 5-door.

5-Door Maruti Suzuki Jimny Spotted During High Altitude Testing – What Do We See?

The new spy shots from Leh show the test mule wearing a different camouflage design than the previous test mules. This test mule also does not have the red-coloured wheels as the other test mule.

On the other hand, the other SUV present is not a surprise. When Maruti Suzuki launches the Jimny 5-door in India, it will directly compete with the upcoming Mahindra Thar 5-door. Thus, it looks like Maruti Suzuki is benchmarking the Jimny to one of its main competitors to see how it fares.

5-Door Maruti Suzuki Jimny – What Do We Know?

Since the only spy shots that have surfaced online so far are of the 5-door Jimny, it seems like there won’t be a 3-door Jimny for India. However, Maruti Suzuki may consider the 3-door version at a later date, depending on the demand.

When it makes its way here, it will face stiff competition from the Mahindra Thar and Force Gurkha. However, what could work in Jimny’s favour is the pricing. With high localisation and a lack of extra features, Jimny’s pricing could undercut its rivals.

Powering the Jimny will be the same 1.5-litre K-series engine as on the Grand Vitara, Brezza and more. This motor makes 100 BHP and 130 Nm of torque and is mated to a 5-speed gearbox. 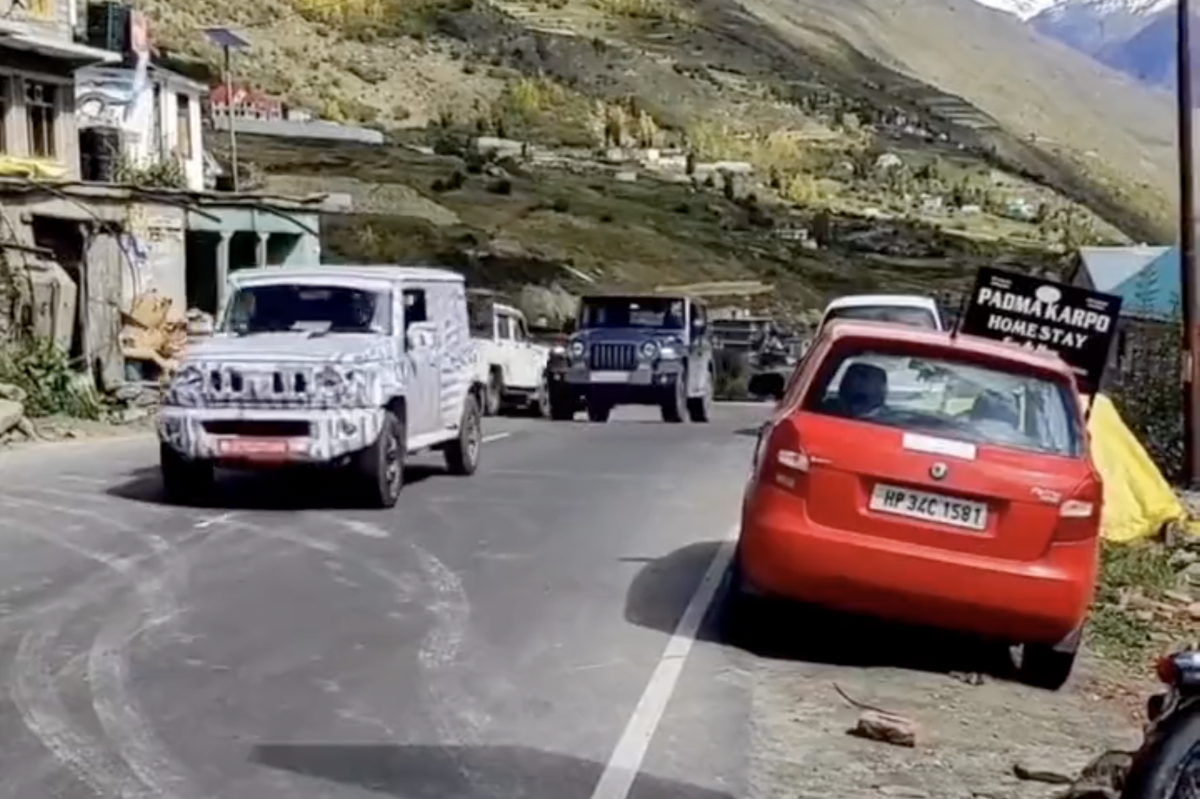