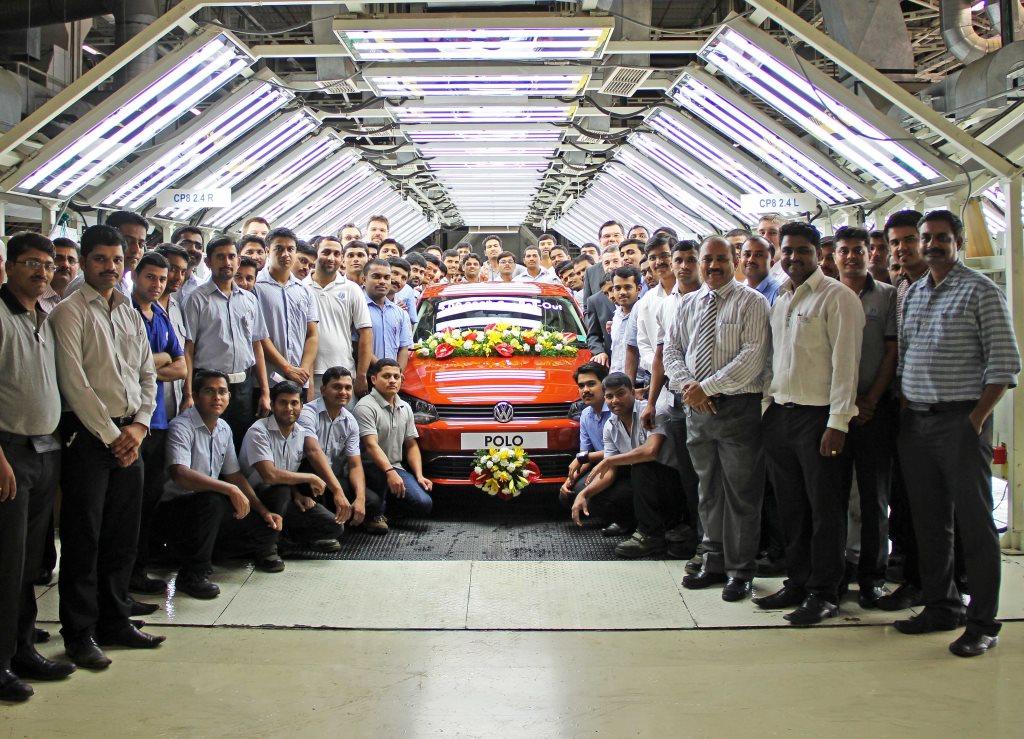 Volkswagen India has reached another milestone. The company has rolled out its 4,00,000th car from its facility in Chakan, Pune. The car rolled out was a Volkswagen Polo – highline variant. This particular car is for the domestic market and is powered by the new 1.5L diesel engine.

Volkswagen commenced production of cars at the Pune facility in March 2009 and since then has rolled out 4,00,000 cars for the domestic market along with 32 export markets across three continents. The Pune plant, apart from the Polo, also manufactures the Vento sedan in both left- and right-hand drive versions and the Skoda Rapid sedan.

Apart from CBUs, various parts and components for the Vento and Polo are built at the Chakan facility and exported to Malaysia, where they are assembled for the local market.

Additionally, the German carmaker plans to invest Rs. 1,500 crore in India over the next six years for local production of engines & localisation of other components to strengthen its market position in India.