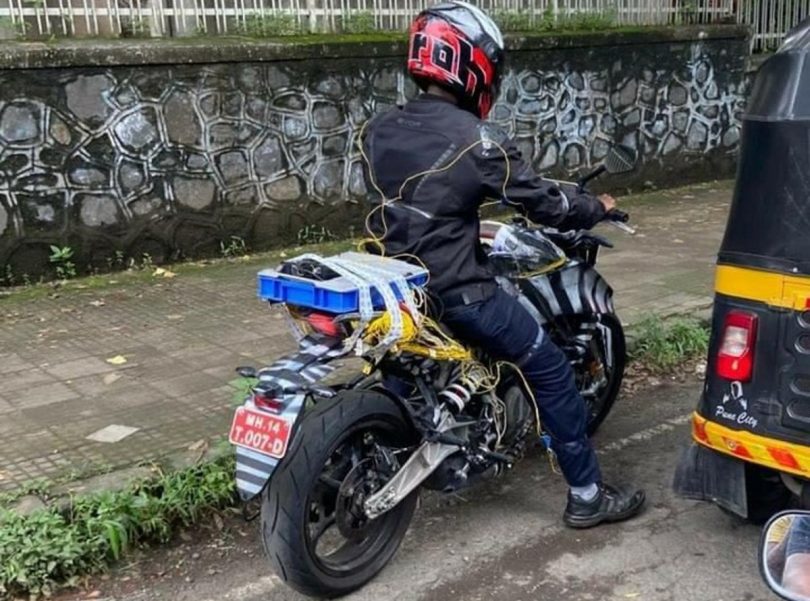 Spy shot of what appears to be the next-generation KTM Duke has surfaced online. While the images are blurry, some details could be made out.

The bike in the spy shot appears to have an LED headlamp and a TFT screen for the driver. This combo has been seen only on the 250 and 390 Dukes in India. The bike also had an underbelly exhaust which could mean that it is a lower capacity bike. The higher capacity Dukes have a side mounted exhaust can.

Hence it could mean that this is the next-generation KTM 390 Duke.

The 2023 KTM 390 Duke will get a new chassis. There will be changes made to the main frame, subframe and it will also sport an offset rear monoshock. In terms of bodywork, the design will be new as well as the bike could get tank extensions. Overall, the bike looks more sharper than the one currently on sale. Further, the engine covers on the spotted bike are different that the ones on the current bikes. Could this mean that the 390 Duke could get a 399cc engine?

At the rear, the bike gets a T-shaped tail lamp. The TFT display also appears to be similar to the ones on the current-generation bikes.

Visually, the bike is missing adjustable front suspension. But, the wheels and brakes are looking similar to those on the RC models. Further, the disc carrier is also absent, and the brake rotor is directly mounted to the wheel spokes.

The last time KTM upgraded the 390 Duke was back in 2017. Since then it has just received minor updates. In 2018, the bike got a quick shifter and updates to meet new emission norms. The 2023 one is expected to get major updates. 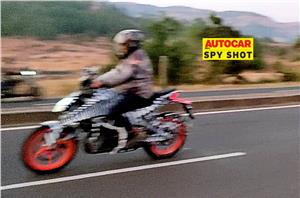 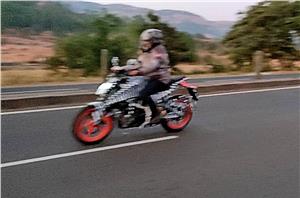