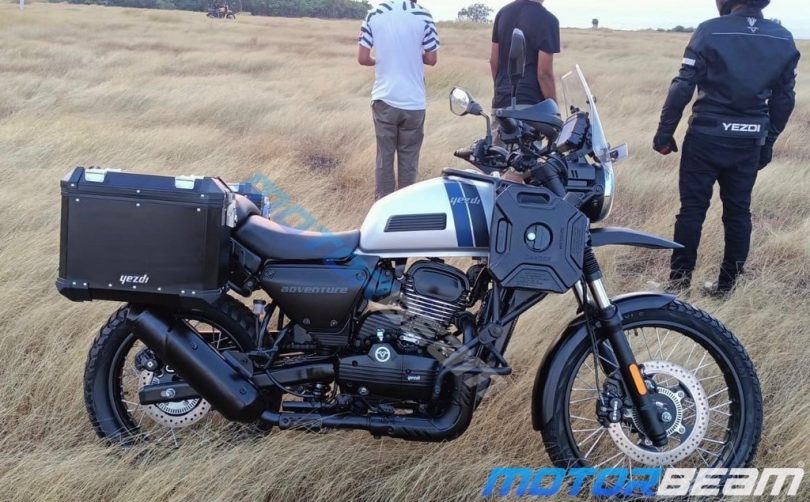 Recently, Yezdi made an announcement via their social media channels about its plans to launch a new adventure motorcycle. The motorcycle manufacturer has been extensively testing its two upcoming products before their debut in the Indian market. Spy images of Yezdi’s test mules for the upcoming adventure motorcycle have always made their rounds on social media. However, new spy shots of the Yezdi Adventure bike showcase the bike in its undisguised and production-ready form.

The Yezdi adventure bike features a round headlamp with a windscreen, bearing its similarity to the Royal Enfield Himalayan. The spy shots also showcase the bike sporting a beak-type front fender, knuckle guards, and jerry cans at the front. At the rear, the bike features hard case panniers which Yezdi may provide as optional accessories along with the jerry cans.

Along with wire-spoke wheels fitted to dual-purpose tires, the bike also features front forks accompanied by fork gaiters. Additionally, the adventure motorcycle features ‘Yezdi’ branding on the fuel tank along with an ‘Adventure’ nameplate on the side panel. Other details of the bike based on the spy images include a fully digital instrument cluster along with a split-seat setup.

The spy images showcase the bike’s black-coloured engine, which also has been seen on the Jawa Perak. The 334cc, single-cylinder, liquid-cooled, DOHC engine produces 30.22 PS of power and 32.74 Nm of torque.

The motorcycle manufacturer has recently announced the plans of launching its new products for India by releasing a teaser. Now acquired by Classic Legends, which also resurrected the once defunct Jawa brand, Yezdi has unveiled its promotional plans. Jawa motorcycles have also been promoting Yezdi’s arrival in the Indian market via Twitter. More details on the new motorcycle are awaited. 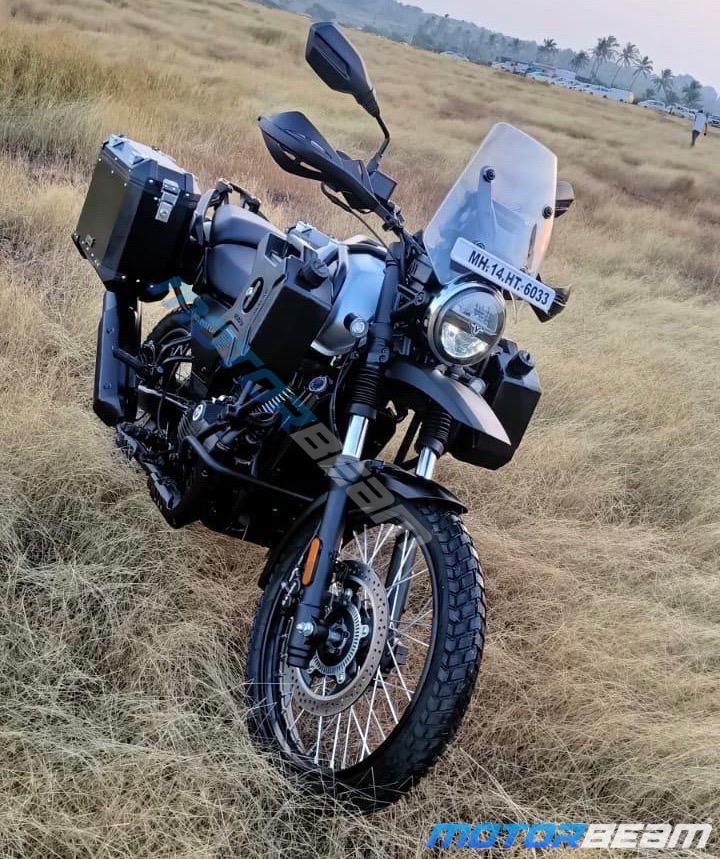