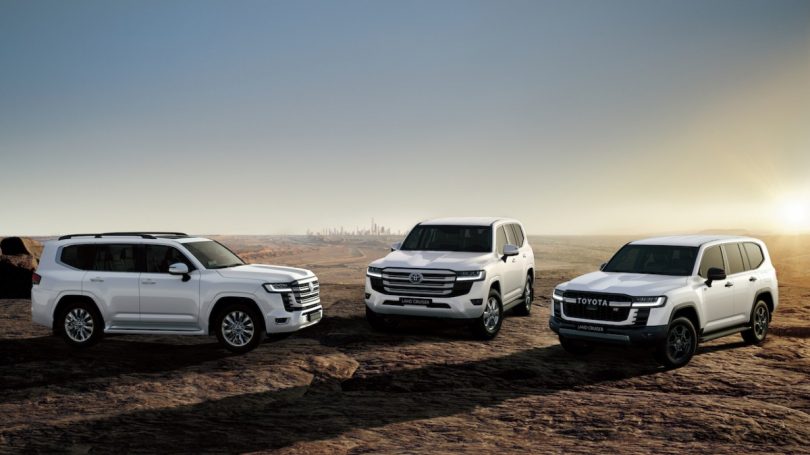 Toyota has pulled the covers off the all-new 2022 Land Cruiser in the international market. The brand is celebrating the 70th anniversary of the Land Cruiser, providing safety and security to the people. The SUV was launched as the Toyota BJ in August 1951 and later renamed Land Cruiser in 1954. Since then, Toyota has cumulatively sold approximately 10.4 million units and more than 300,000 units per year. Toyota retails the Land Cruiser in 170 countries and regions all around the globe.

The latest-generation Land Cruiser is the 300 Series and is the successor to the 200 Series model. The predecessor (200 Series) made its debut in 2007. Underpinning the new Toyota Land Cruiser is a GA-F platform based on the TNGA platform but retains the frame structure, which is the Land Cruiser’s essence.

But the brand claims to retain the “reliability, durability, and off-road performance” of the original Land Cruiser. But over the years, Toyota has developed the Land Cruiser with the latest-generation technologies and improvements. These include adopting a new powerful and efficient engine, a lower centre of gravity, vehicle weight reduction and new exterior and interior design.

The new Land Cruiser comes with an imposing grille with horizontal slats. Sleek headlamps flank the new satin-finish grille with L shaped LED DRLs. The SUV features a butch look from the front complemented by the power bulges on the bonnet giving the 300 Series a menacing look. On the side, the Land Cruiser features trapezoidal wheel arches and muscular bodywork along with a chunky step that allows easy ingress and egress of passengers. The Land Cruiser also comes with wraparound tail lamps with new graphics integrated roof spoiler, roof rails and a chunky rear bumper.

In its GR Sport trim, the Toyota Land Cruiser features a redesigned front apron. The sporty edition comes with a higher front bumper with prominent skid plates and black plastics. Toyota positions the fog lights higher than the standard model to avoid damage from rocks and stones. The SUV comes with a Black finish grille and a stylised TOYOTA logo in the centre. The GR Sport badge also features on the grille of the SUV, but the headlight units appear the same. The wheel arches on the GR Sport come with a black finish and the sidestep that also features a more rugged look.

Toyota plans to launch the new Land Cruiser in the Global market starting this summer. But as of now, we cannot confirm if the brand will bring the flagship SUV to the Indian market. During the BS6 transition, TKM discontinued the Land Cruiser LC200 & Prado models in India. 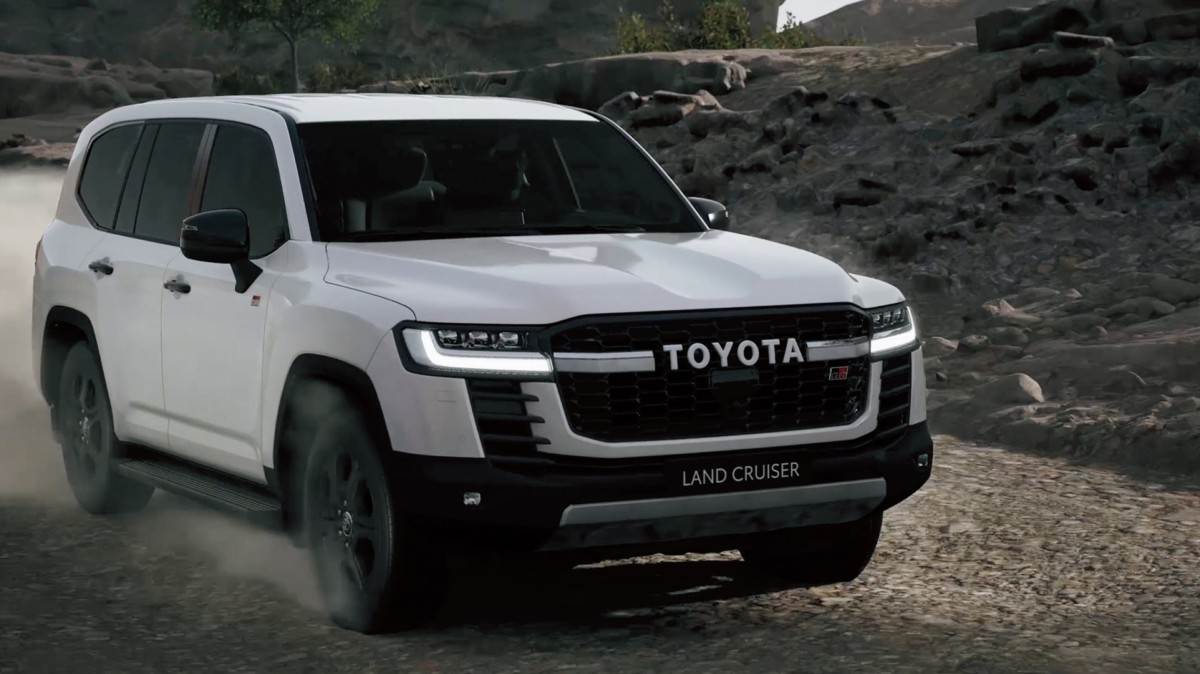 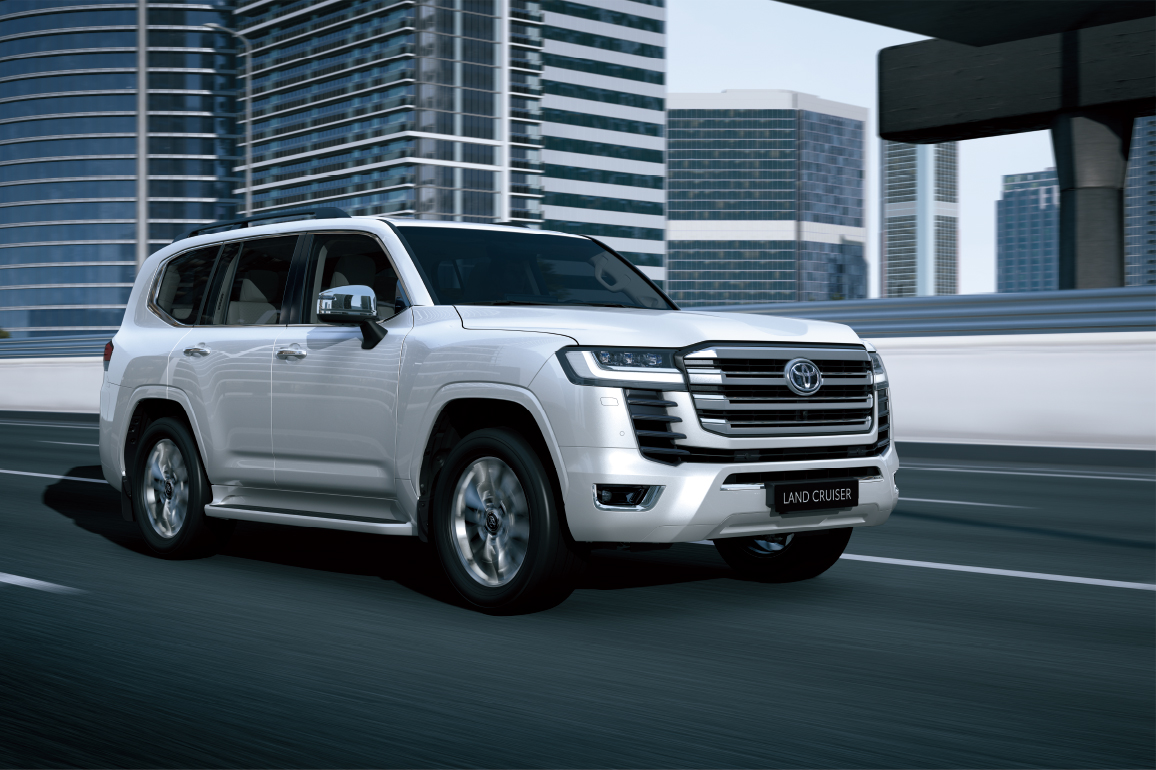 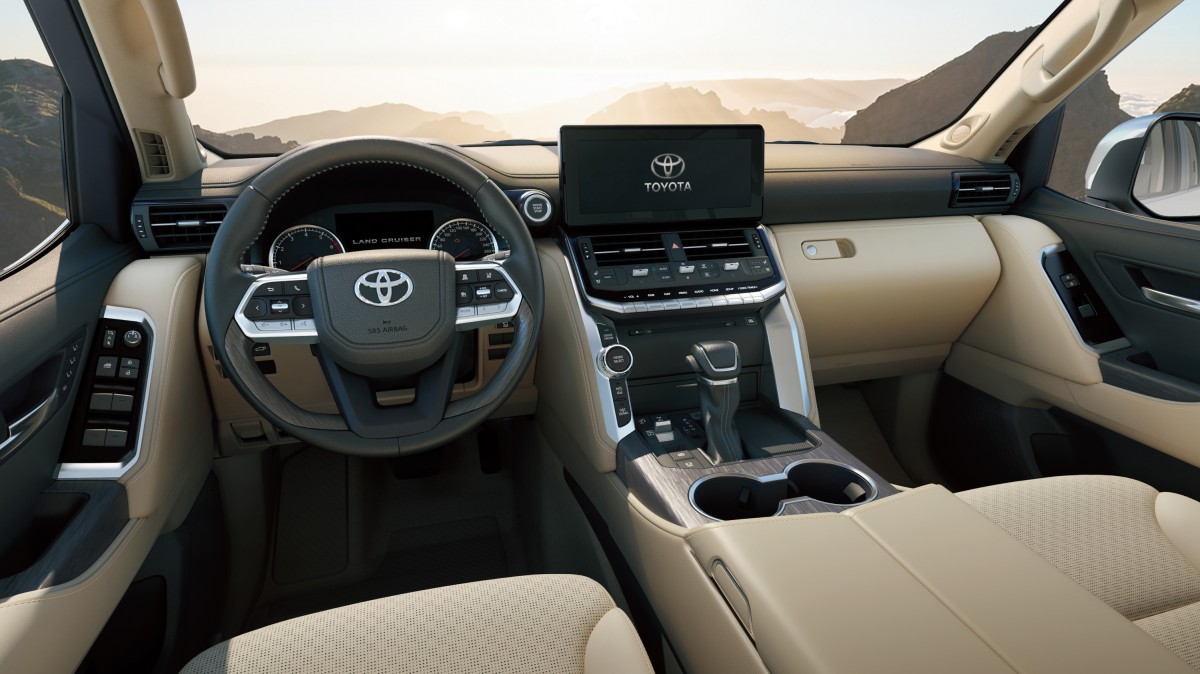 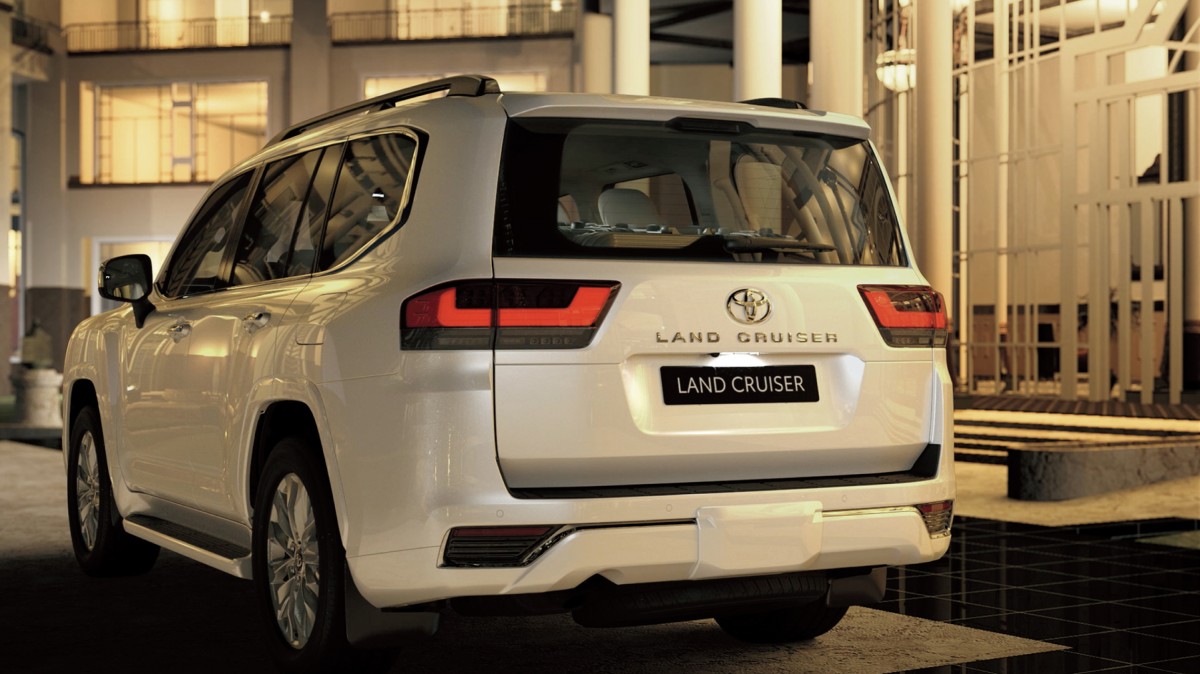 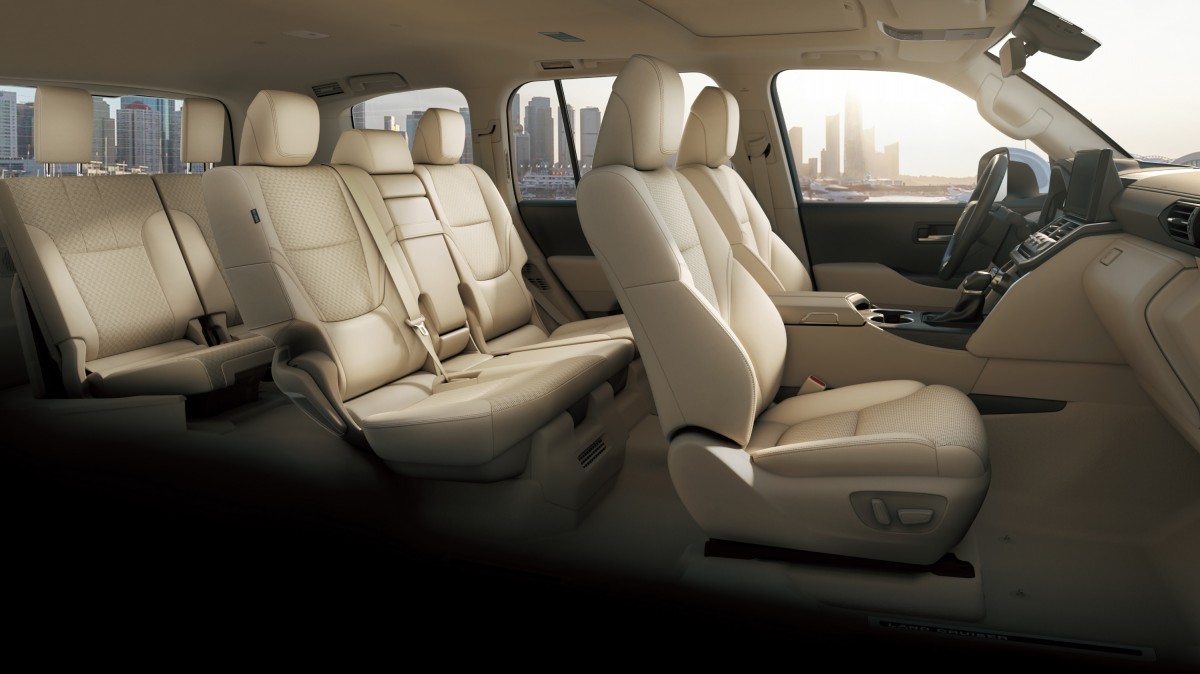 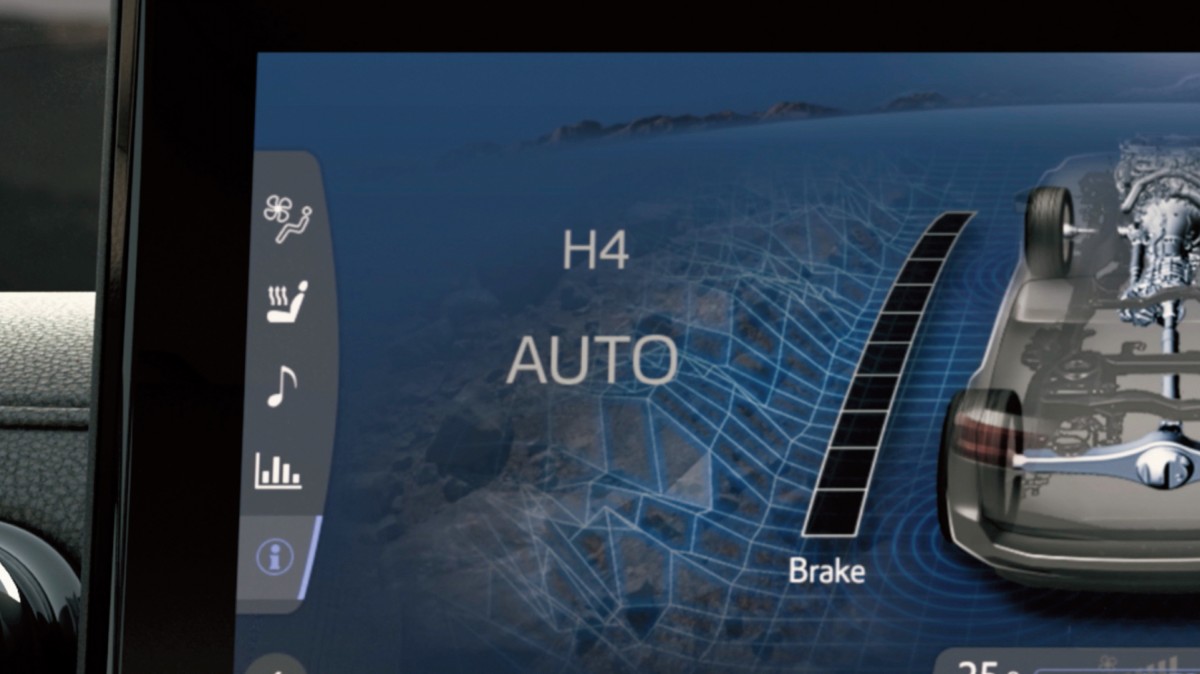 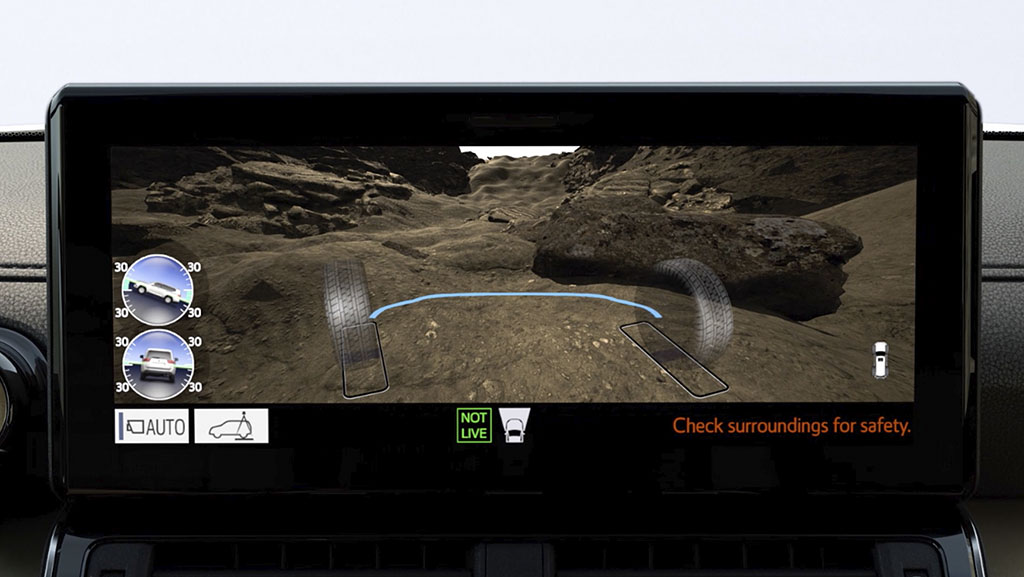 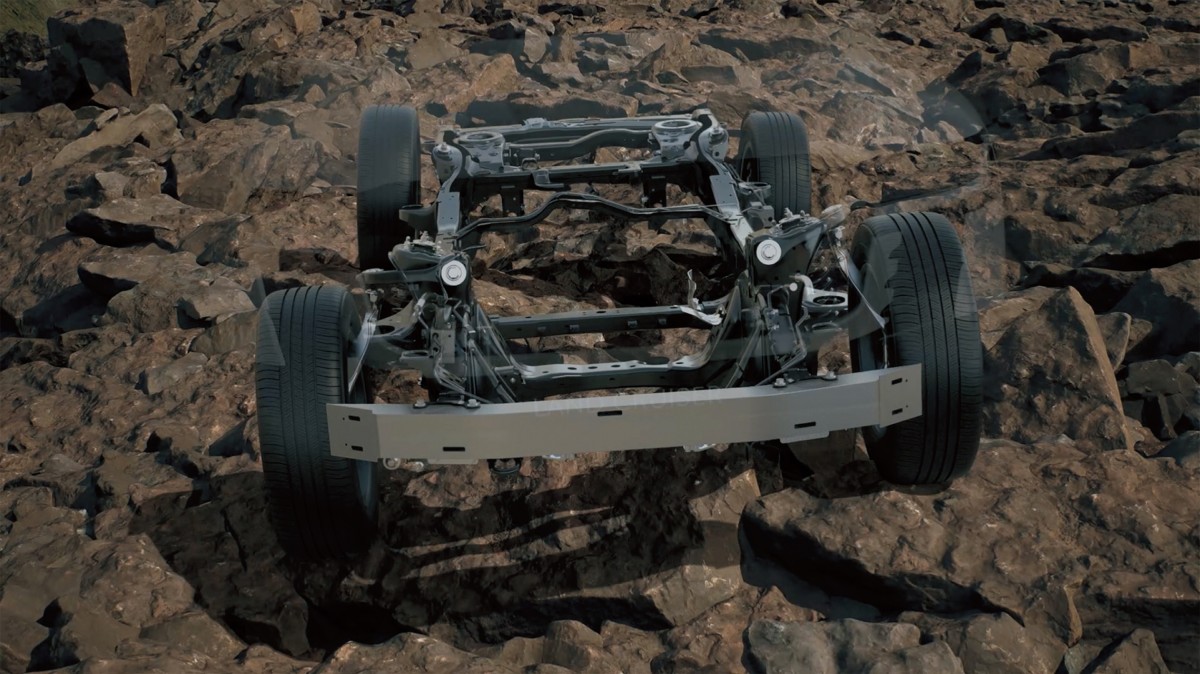 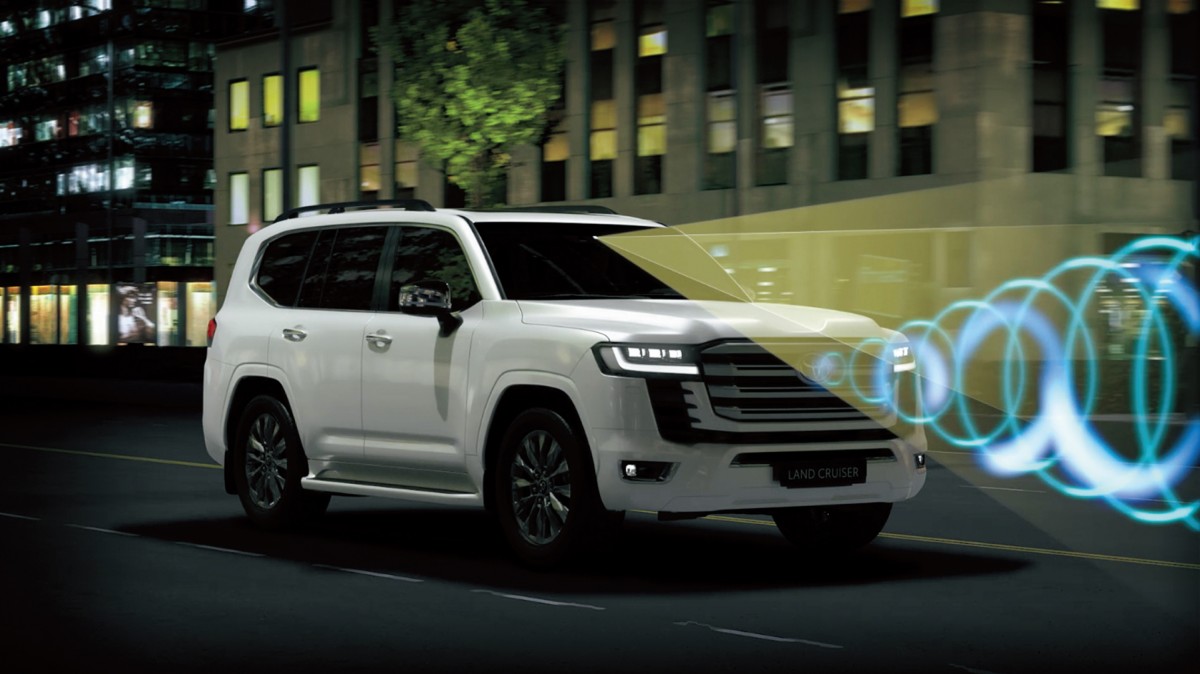