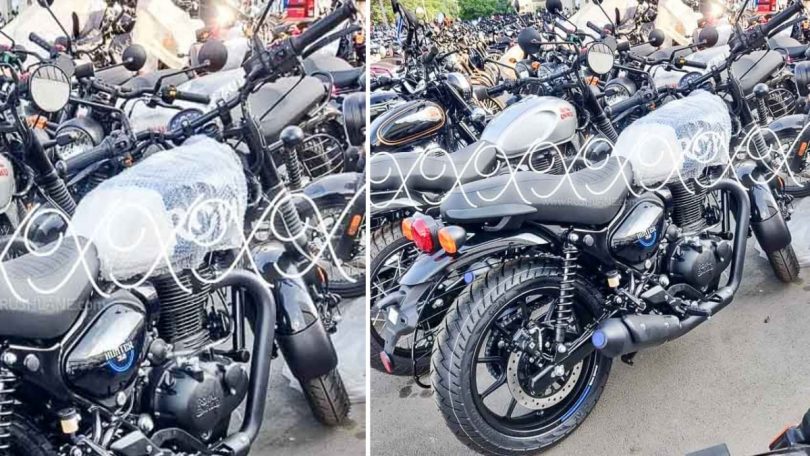 The new spy shots show the new Hunter 350 wearing bubble wrap on the tank and covers on the exhaust end cans. This suggests that the bike must have been just taken out of transit. Furthermore, there is not just one but multiple Hunter 350s in the photo. Seeing the plethora of Royal Enfields, it could be a dealer stockyard. This also confirms that the launch of the new model is nearing.

The bike with the bubble-wrapped tank sports a dual-tone blue and white finish, while the one next to it has a monotone silver finish. Thus, the silver one could be a lower variant. We can also see the fork gaiters, round mirrors, multi-spoke alloy wheels, compact seat design and the stubby exhaust. We also get to see a new grab-rail design. The photo also shows that Royal Enfield will equip the Hunter 350 with CEAT Zoom XL tyres.

From the leaked Type Approval certificate, we know the dimensions and engine specifications for the Hunter 350. The Hunter 350 will be 2,055 mm long, 800 mm wide and have a height of 1,055 mm. Meanwhile, the 1,370 mm wheelbase will be shorter than the Meteor and Classic. The leaked document also revealed that the Hunter 350 will have a gross weight of 360 kg. The kerb weight of the motorcycle is still unknown. However, it will likely be around 170 kg.

Powering the Hunter 350 will be the same J-Series engine as the Classic 350 and Meteor 350. The 349.34cc engine churns out 20.2 BHP and 27 Nm of torque and comes with a 5-speed gearbox. It is unlikely that Royal Enfield will make any tweaks to the engine. Although, the lower weight of the Hunter 350 will give it a better power-to-weight ratio compared to the Meteor and Classic.

In terms of suspension, it will get a similar setup to the Meteor 350. The front will use telescopic forks, while the rear will get twin shock absorbers. As for the wheels, the Hunter 350 will likely get 17-inch wheels at both ends. In comparison, the Meteor 350 gets a 19-inch front and a 17-inch rear wheel. 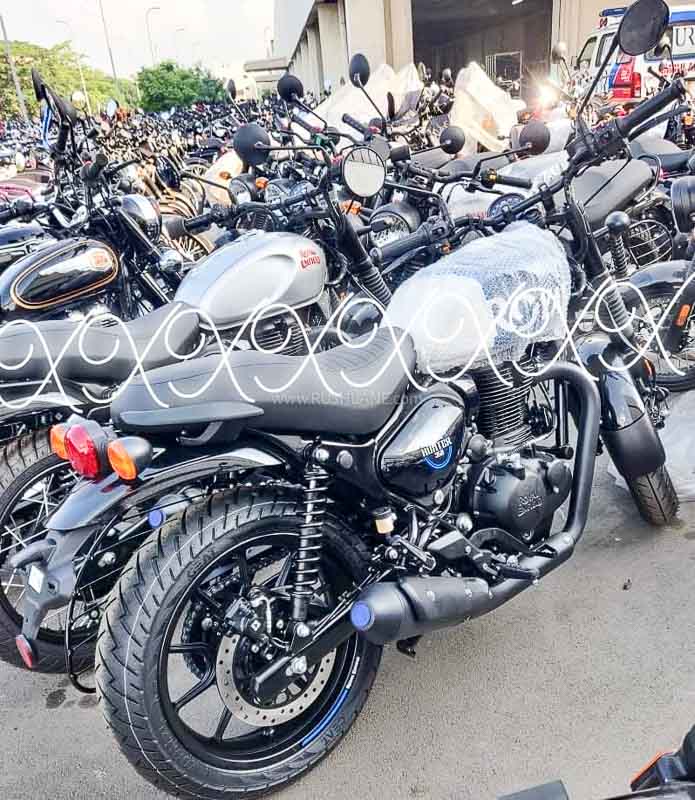