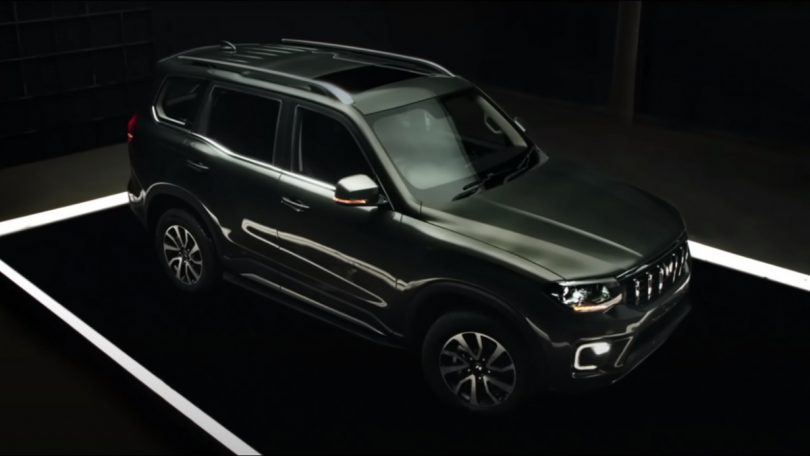 Mahindra has released a new design story video which shows us the upcoming ‘Big Daddy of SUVs’ in much more detail. Mahindra says, with the new 2022 Scorpio-N, they have taken the design, interiors and tech to the power of ‘N’. The company’s Chief Design Officer, Pratap Bose, says that is how the Big Daddy of SUVs was born.

What Does The Video Show?

The video shows the brand’s Chief Design Officer talking about the inspiration and the highlights of the 2022 Scorpio-N’s design. He says the company aimed to make the overall design of the SUV even more muscular than before. The beefy wheel arches are now even more muscular and take inspiration from the sinewy shoulder of a swimmer. Next, we get to see the rising beltline with a partial chrome surround for the window line. The chrome surround starts from the bottom of the A-pillar, follows the window line, and goes up from the D-pillar but ends before the C-pillar. Thus, making it look like a scorpion’s sting.

At the front of the Scorpio-N, we’ve known that it will feature Double-Barell headlamps. We also get to see the sequential turn indicators in action. The new SUV also gets the new Twin-Peaks logo and a six-slat premium chrome grille. The sting theme continues for the LED DRLs. The design of the LED DRL mimics a scorpion’s sting, just like the chrome surround on the window line. The LED DRLs also encase the front fog lamps. At the rear, Mahindra has retained the stacked vertical taillamp design of the Scorpio.

The video also gives us a look at the interiors of the Scorpio-N. However, Mahindra released official images of the interiors some time back, and we already know what to expect from the interiors. We know Mahindra would offer the Scorpio-N with a host of connected features. But, the video also shows M&M’s Chief Design Officer using an Alexa device to start the car remotely. Along with Alexa, it will also likely support Google Assistant. The feature will let users remotely control the car functions from the comfort of their homes.