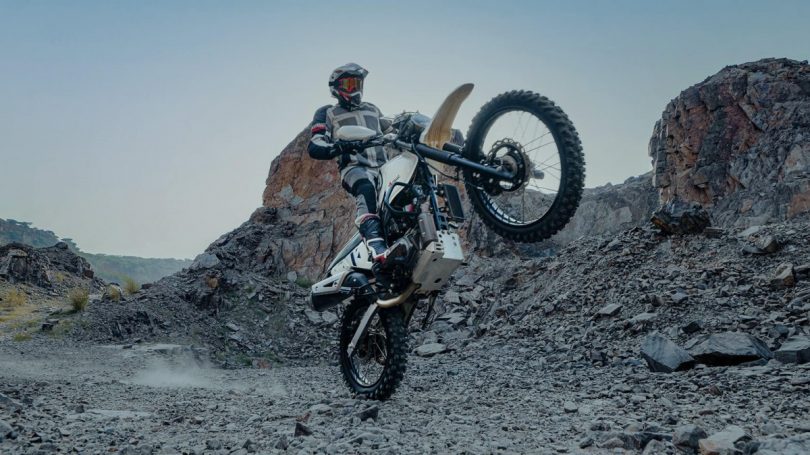 Recently there were reports suggesting that Hero MotoCorp is planning a Rally Kit option for the Xpulse 200 4V. Now, it’s official that Hero has launched the optional off-road-focussed kit priced at INR 46,000. But customers will have to wait sometime to get their hands on it. The INR 46,000 price tag is over the INR 1.36 lakh (ex-showroom) base price of the standard bike. Previously also, Hero had launched Rally Kit. At that time, the two-valve Xpulse 200 was available with each of the three kits (suspension, ergonomics and tyres) as individual purchases. We expect the same for the Xpulse 200 4V as well.

What Is The Hero Xpulse 200 Off-Road Kit?

As a part of this, the motorcycle will benefit from a host of external equipment. At the front, we get a preload-adjustable cartridge-style fork with a whopping 250mm of travel. Meanwhile, we have a preload-adjustable mono-shock with 220mm of travel on the rear. To further enhance the off-road capabilities, the motorcycle gets 275mm of ground clearance. There’s also a taller side-stand to keep the motorcycle upright. For enhancing the off-road capabilities, there’s also a taller bench-style seat. There’s also an extended gear lever to help shift gears when standing up for better ergonomics. Maxxis tyres with block-shaped tread patterns come in handy to provide better traction in low-grip scenarios.

The engine is the same single-cylinder air-and-oil-cooled engine that received a mild update recently. After the update, the engine got a four-valve head that will aid the performance and rideability. The performance figure of the motorcycle reads as 19.1hp at 8,500rpm and 17.35Nm at 6,500rpm. The equipped gearbox is a 5-speed unit. Other mechanicals such as brakes also remains the same. The braking power comes from a 276mm front disc and a 220mm rear unit, with a single-channel ABS unit. Fuel capacity is 13 litres. Being an off-road-oriented motorcycle, the Xpulse gets proper off-road-sized spoked rims with a 90/90-21 at the front and a 120/80-18 at the rear. 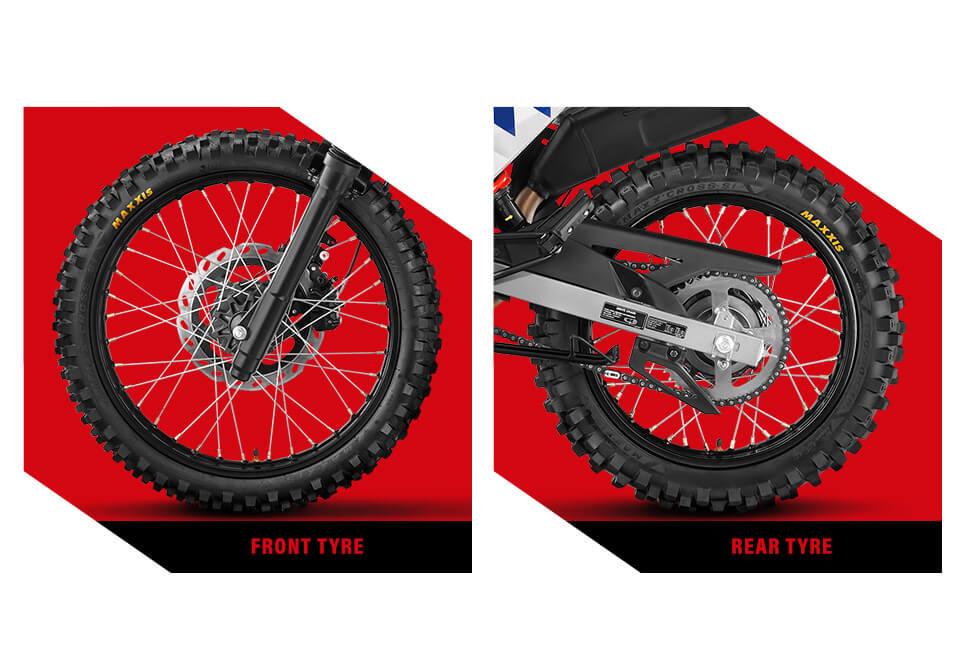 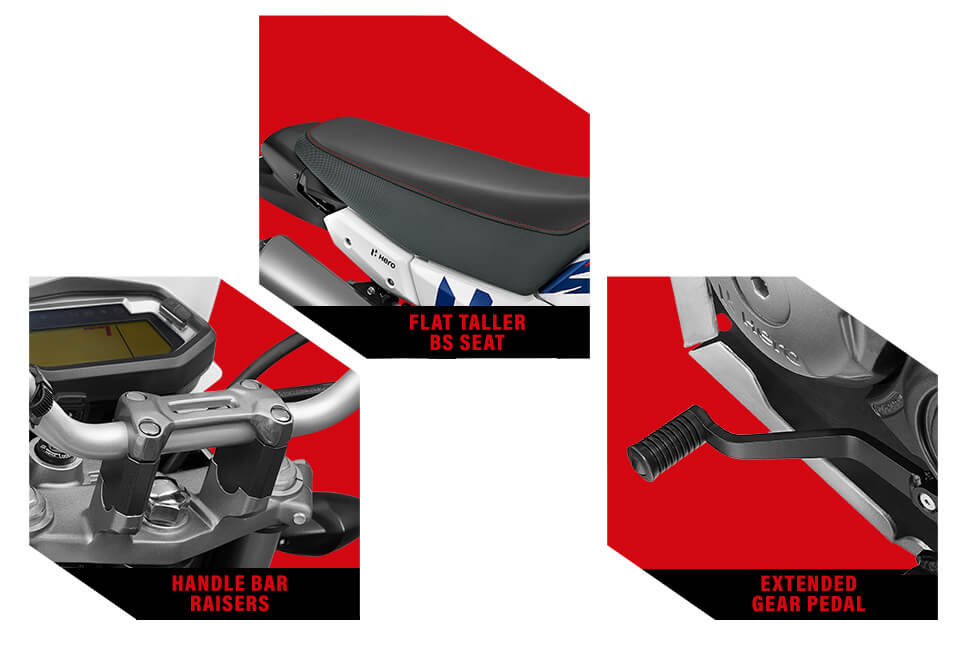 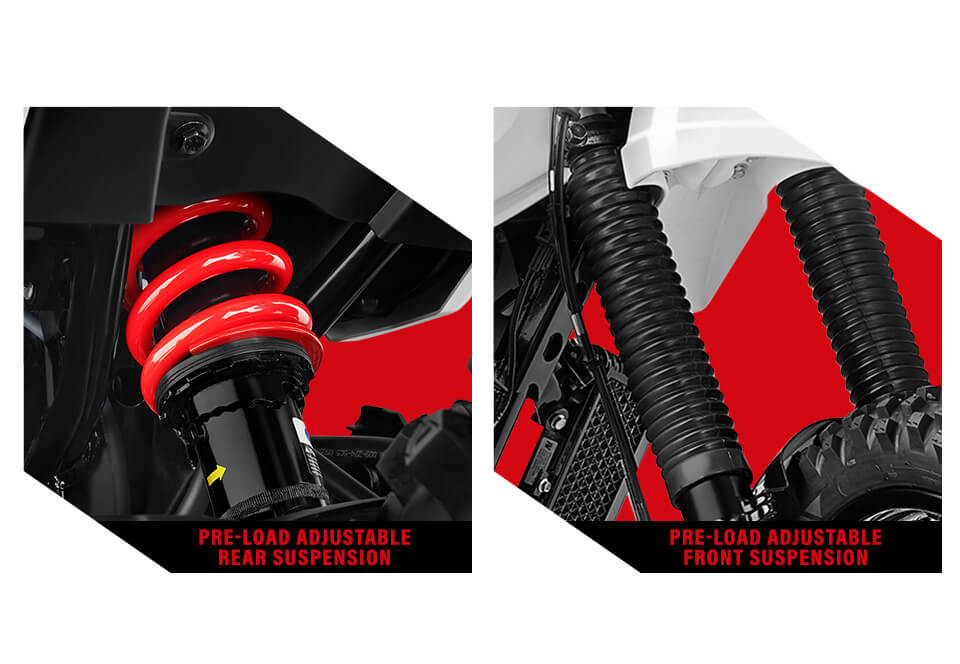 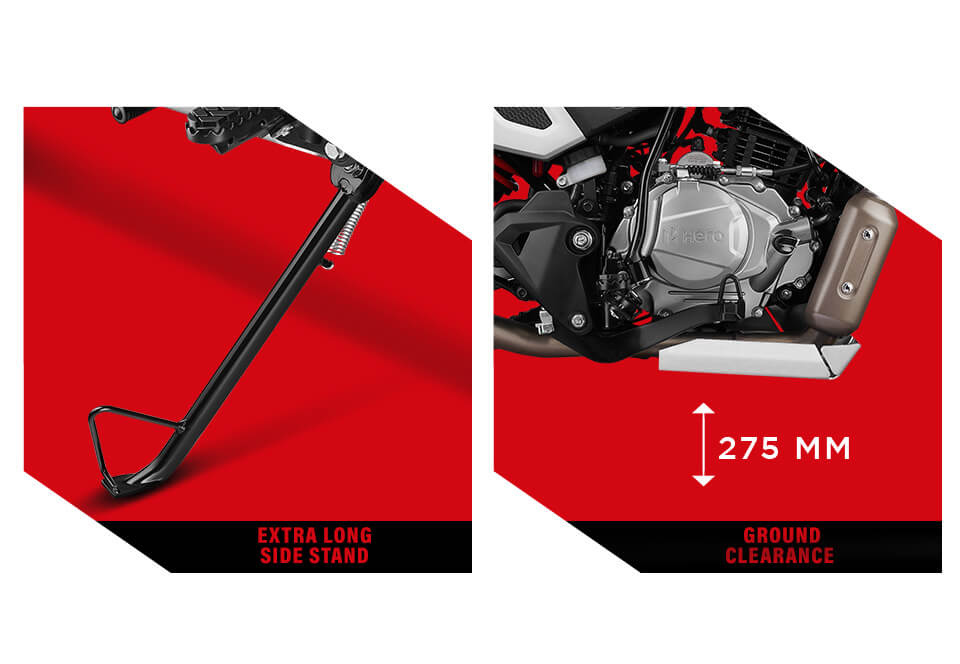