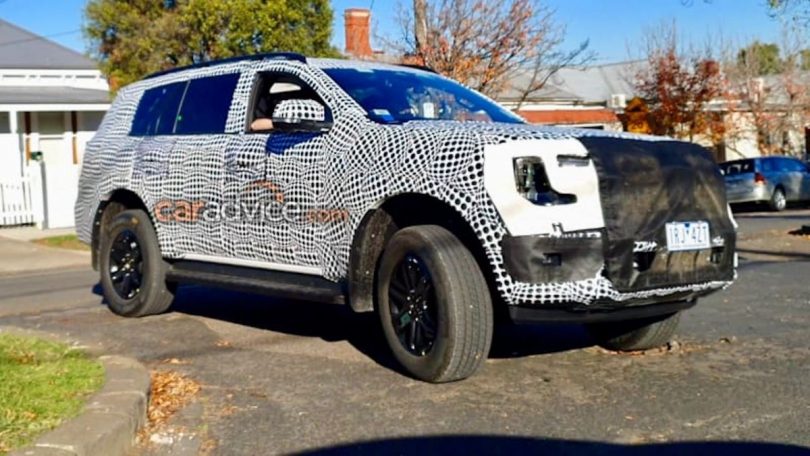 Ford is developing the next-generation Everest in the Australian market. Spy shots of a test mule have emerged on the internet, which give us a glimpse of what to expect shortly. Although the keen-eyed will observe that the front and rear fascia is now new and the dash-to-axle ratio is the same as the Ranger UTE, say sources.

Spy images of the Ford Everest reveal that the SUV will come with a C-shaped headlamp cluster which appears to draw inspiration from Ford’s F-series pick-up’s. The front grille is completely hidden from view, but we suspect a wide grille with horizontal slats similar to the F-150. The Everest also appears to get a bumper-mounted foglight similar to the F-150. This will allow the Ford Everest to have an imposing front fascia and a solid and butch look.

The SUV features a long bonnet which will help accommodate a larger V6 motor on higher-spec variants. The SUV’s profile appears to come with a large glasshouse, a side step, and roof rails. The test mule seems to come with highway tyres (road-biased) rather than all-terrain tyres. But speculations are that the 4X4 version is likely to come with chunkier rubber for more offroad grip.

The rear of the 2022 Ford Everest also appears new and features new tail lamp signatures. But it is under heavy camouflage covers, and it is unfair to hypothesize anything further. The images of the interiors are scarce as well but expect the latest generation features like multizone climate control and the latest infotainment system with connected features.

In the engine department, the Ford Everest is likely to drop the 3.2-litre five-cylinder turbo-diesel and adopt a 2.0-litre twin-turbo four-cylinder diesel engine as standard. Sources also report that the brand will employ a 3.0-litre V6 turbo-diesel engine as an option for higher-spec variants. The new-generation Ford Everest is also likely to come with hybrid technology.

In the Indian market, Ford markets Ford Everest as the Ford Endeavour. In contrast, the brand has not revealed if it plans to bring the SUV to the Indian market. We believe Ford could launch the new-generation SUV after its debut in Australia. 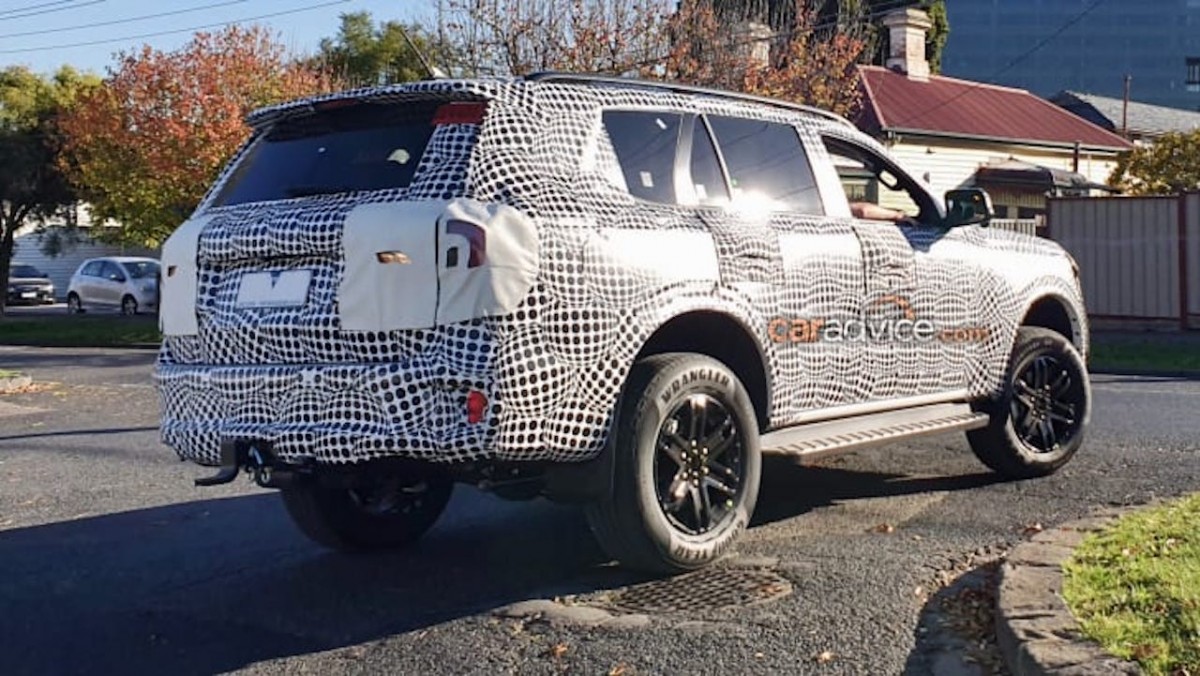