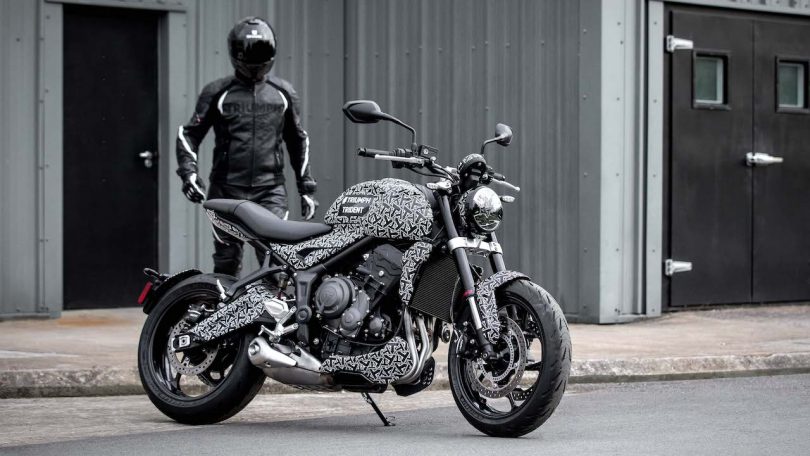 Iconic British brand Triumph has showcased the Triumph Trident, photographed being tested around the Hinckley Headquarters in full camouflage cover. The design prototype of the Triumph Trident was revealed at the London Design Museum over a month ago and the test photography represents that the Trident has entered into the last stage of development. The Triumph Trident is slated to arrive at Triumph showrooms in spring 2021.

The Trident was photographed near the brand’s global headquarters and design facility at Hinckley in the UK and carries Triumph’s camouflage test livery. The brand has revealed that the Triumph Trident is in the final road test phase, the last stage before its launch. The Triumph Trident is a result of four-year of design and development programme. Now in the final stage of testing, Triumph engineers are fine-tuning the motorcycle’s characteristics and the nature of the Triumph Triple that powers the Trident.

The Triumph Trident features a contemporary design language with a combination of modernity and classic timeless lines. The motorcycle comes with rounded headlamps with Triumph logo incorporated into it, a muscular fuel tank with signature knee recesses, sculpted front fender and side panels, a mid-ship style exhaust system, a rounded pod-style instrument cluster. The overall motorcycle emanates a confident stance and a muscular poise and has a commanding stance even when it is parked.

The Triumph Trident boasts class-leading technology as standard along with a rider-friendly chassis and ergonomics. The Triumph Triple will also be powerful, agile and will be priced competitively delivering great value to both new riders and experts. Adding to the power is the Triumph Triple engine and this motorcycle will be a first in the category to sport a Triple pot engine. The powerful triple engine will create a balance between low-end torque and top-end power characterised by its iconic sound. The brand has not yet revealed any technical specification of the powertrain and more details on the same are expected to be revealed closer to its launch.

The timing of the forthcoming ‘full reveal’ will be announced soon. 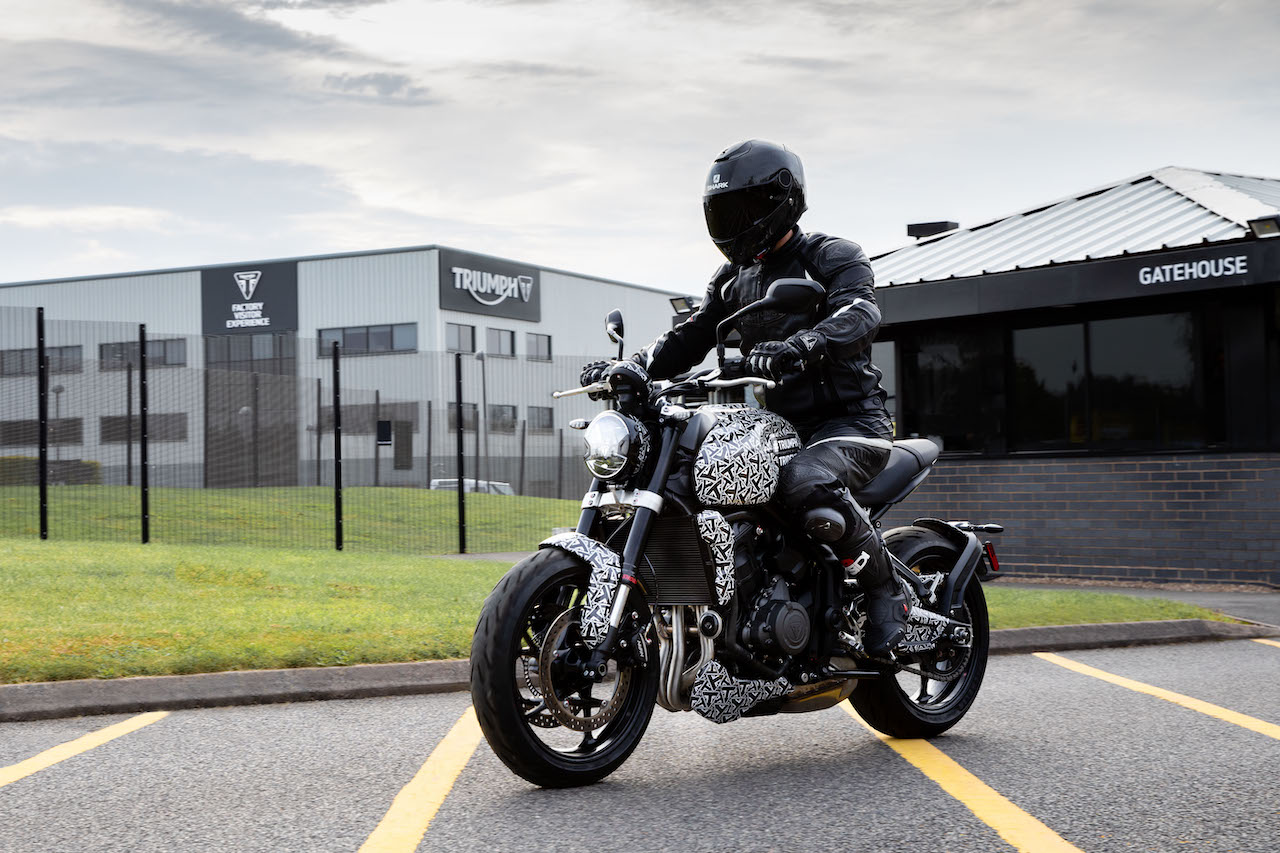 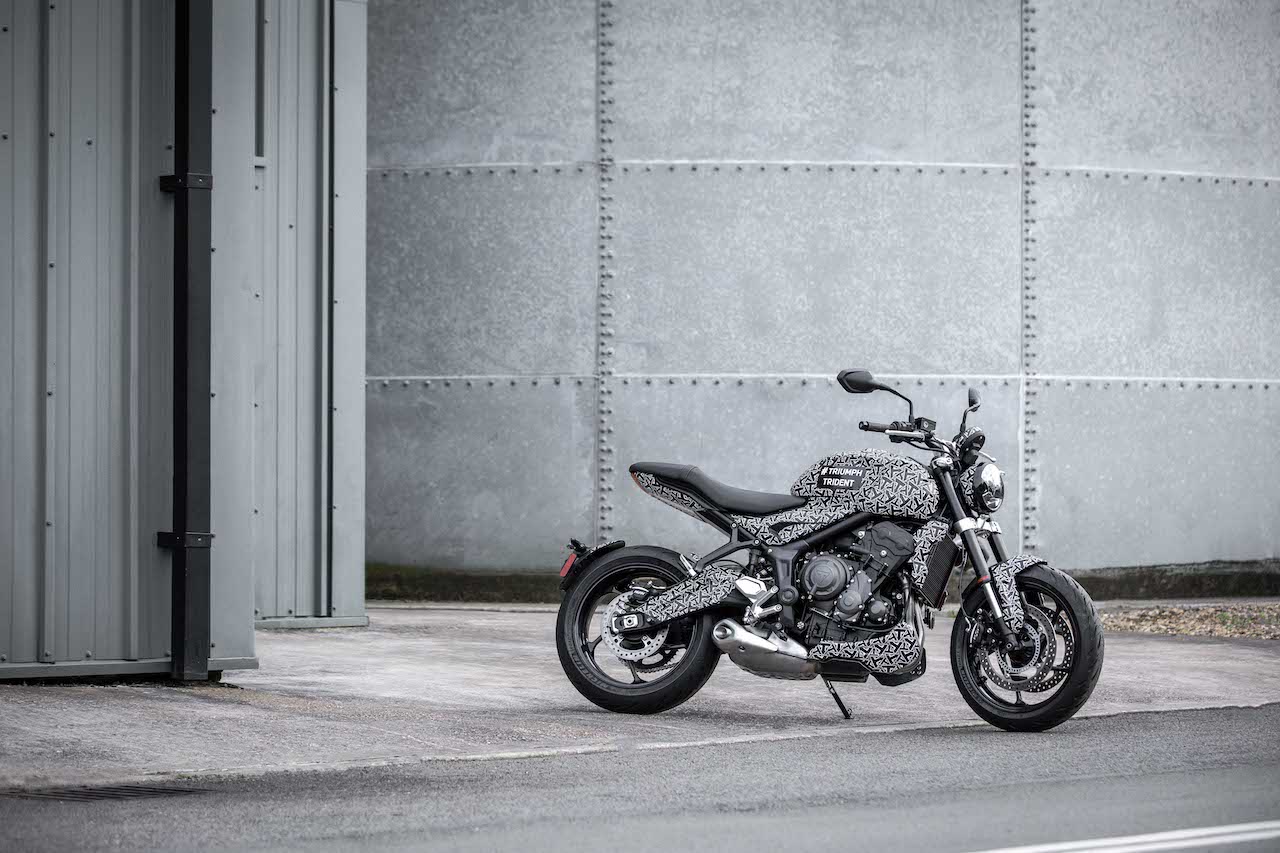 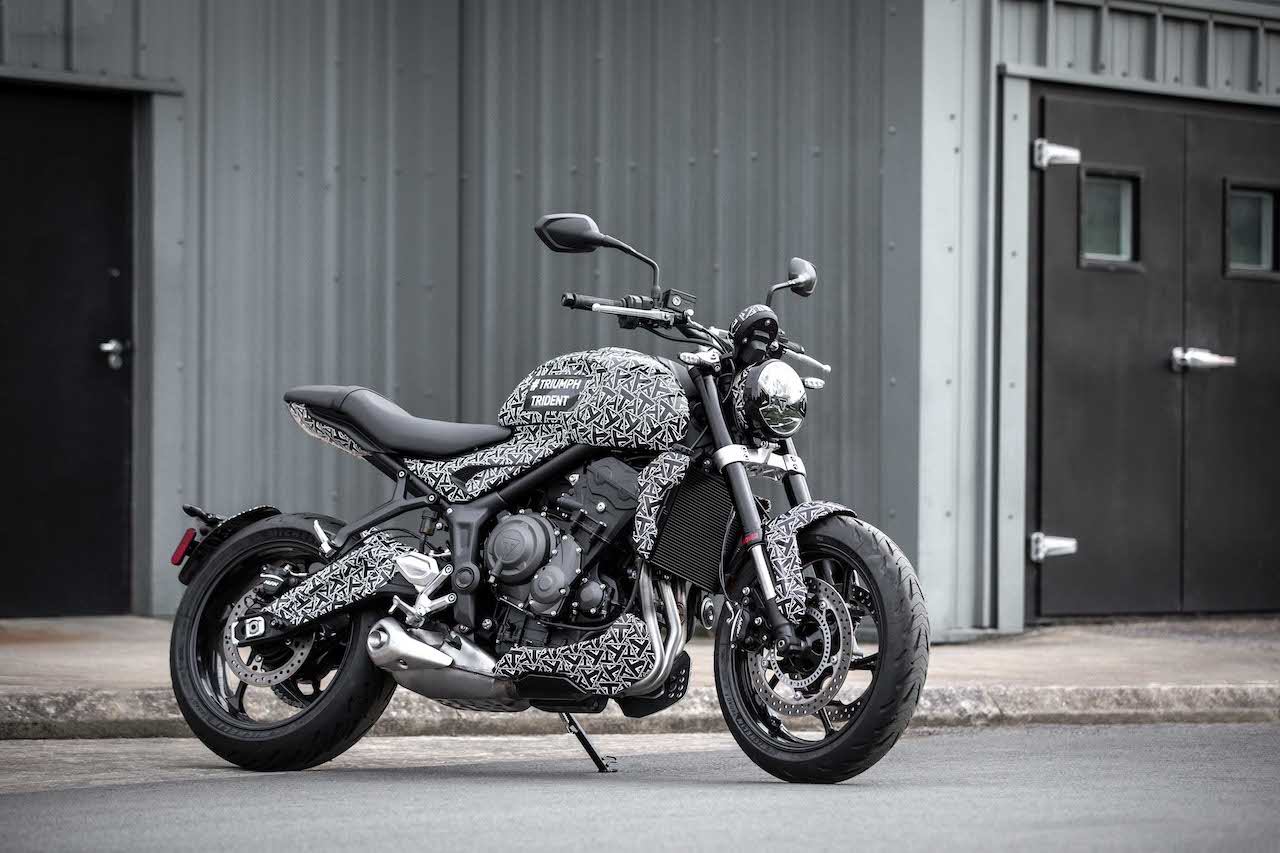