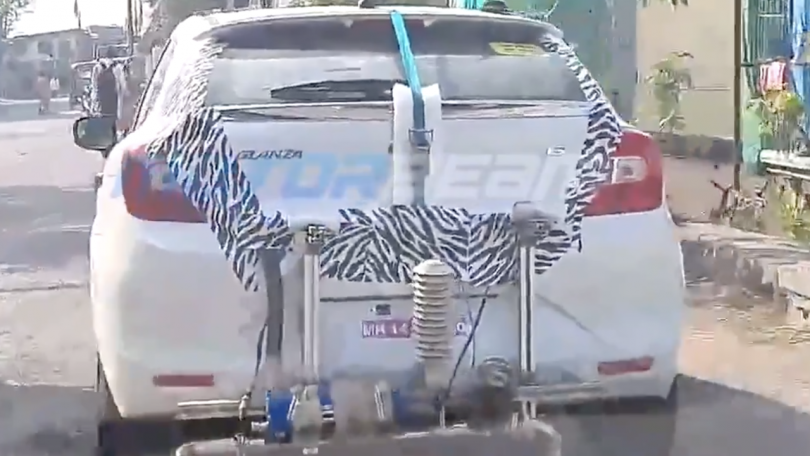 Toyota could be validating the Glanza in the hybrid avatar which is likely to be launched soon in the Indian market. A test mule of the Toyota Glanza in the G trim was spotted testing on public roads with what appears to be emission testing equipment. According to sources, the brand could be validating a new powertrain with electrified technology, that will not only boost the car’s performance but also its efficiency.

It is currently unknown what kind of Hybrid technology is packed underneath the bonnet of the Glanza, but it is speculated to be similar to the Swift Strong Hybrid that was showcased at the 15th edition of the Auto Expo 2020 in Delhi. The Swift Hybrid showcased at the biennial event was powered by a 1.2-litre four-cylinder petrol engine that produces 92 HP of power and 118 Nm of torque paired to a 10kW (13.4 HP / 30 Nm) electric motor that can propel the car solely by electrical power at low speeds which is ideal in city traffic. Togather, the hybrid powertrain claims to return a fuel economy of 32 kmpl on the JC08 (Japanese Test Cycle).

Currently, Maruti Suzuki in India already has the mild-hybrid technology which is offered on the Baleno in the form of SHVS (Smart Hybrid Vehicle by Suzuki) and the technology has already trickled down on the Toyota Glanza which is essentially a rebadged Maruti Suzuki Baleno. The mild-hybrid tech is offered on the ‘G’ trim of the Glanza, which is interestingly the variant on the test mule.

Recently, the Maruti Suzuki Baleno was also spotted testing undergoing tests with a Strain Gauge apparatus on all of its four wheels leading us to believe that the brand is validating the vehicle with a strong hybrid powertrain. If the speculations turn out to be true, the Baleno is expected to be launch first in the Indian market followed by the Glanza. 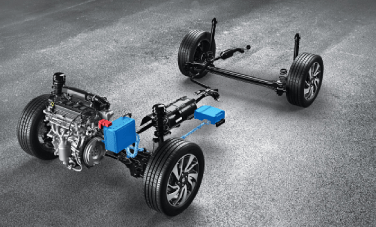