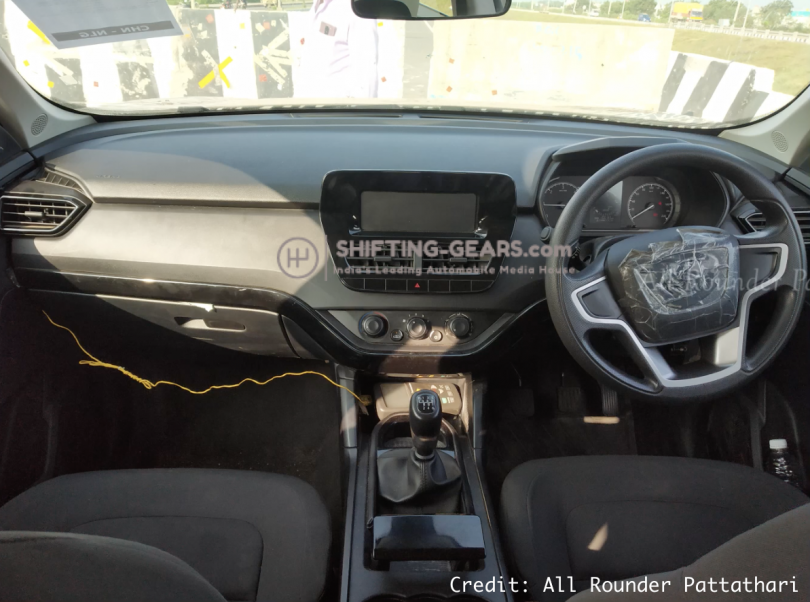 It’s only a few hours and Tata will be unveiling the much anticipated Safari SUV in the Indian market. The brand had earlier teased us with the layout of the 6-seater model and the 6-seater with captain seats in light beige leatherette upholstery was also spotted at a dealers stockyard.

The model spotted yesterday is likely to the high-end variant of the Safari and now a base variant Tata Safari has been spotted and its interiors snapped. The base model is expected to be named XE and features 7-seats with a bench-style middle row. The interiors are also less equipped than the higher-spec Safari and the cabin comes with a dark interior theme and fabric upholstery.

According to the spy shots from the youtube channel ‘All Rounder Pattathari’, the base model features a smaller audiotainment display housed in the same layout taking its place in the centre of the dashboard, rotary controls for the manual air-conditioning system, analogue instruments cluster with a digital multi-information display in between, no controls on the steering wheel and then there is a manual park brake similar to the one on the Harrier, instead of the electric unit. The soft-touch materials on the doors are also expected to be replaced with fabrics. 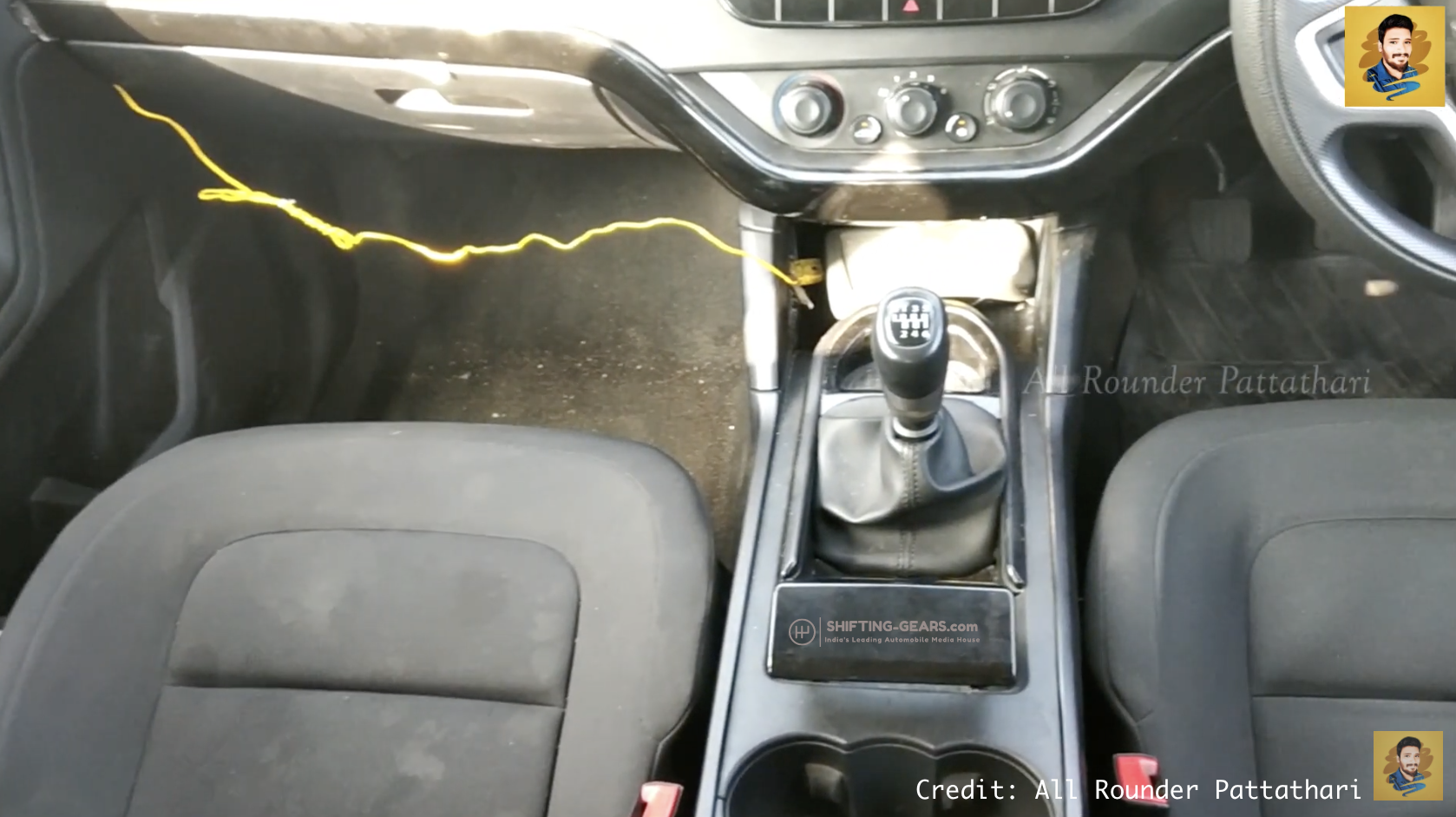 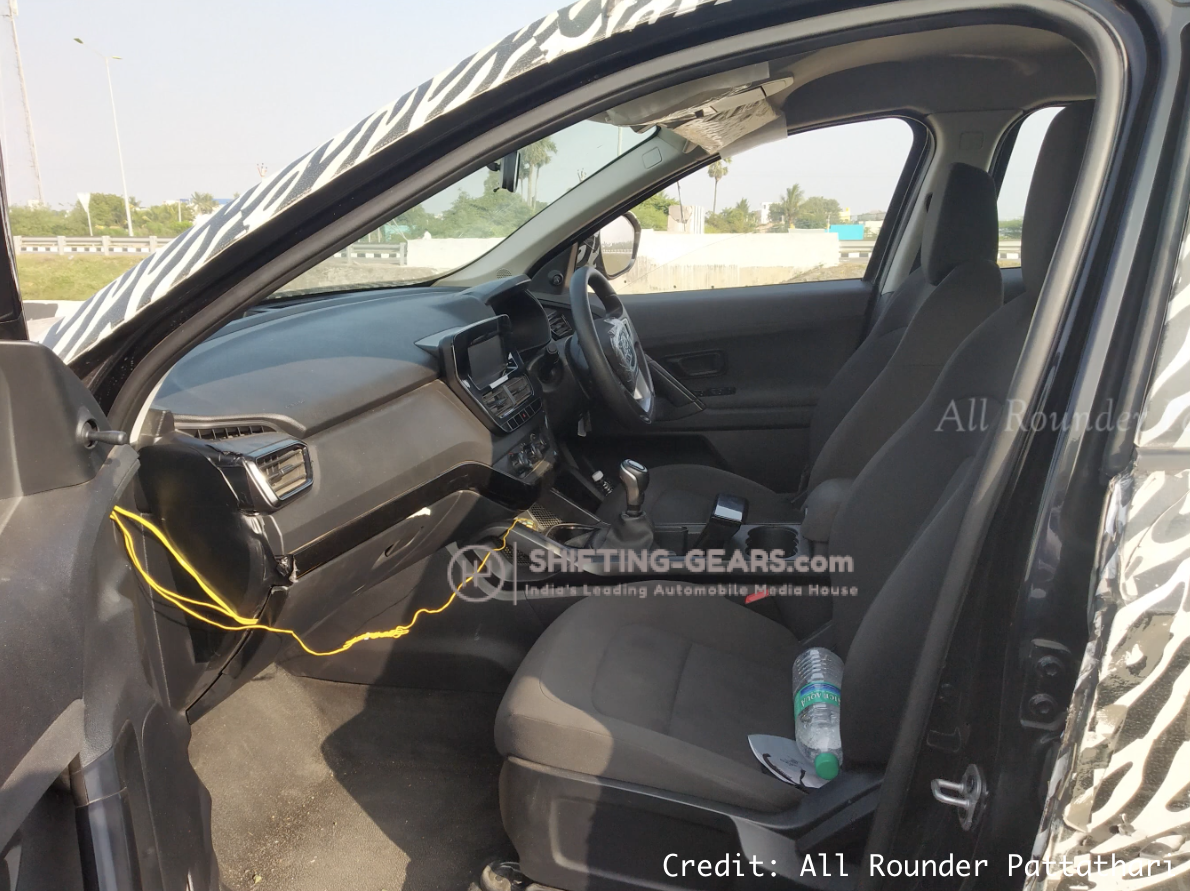 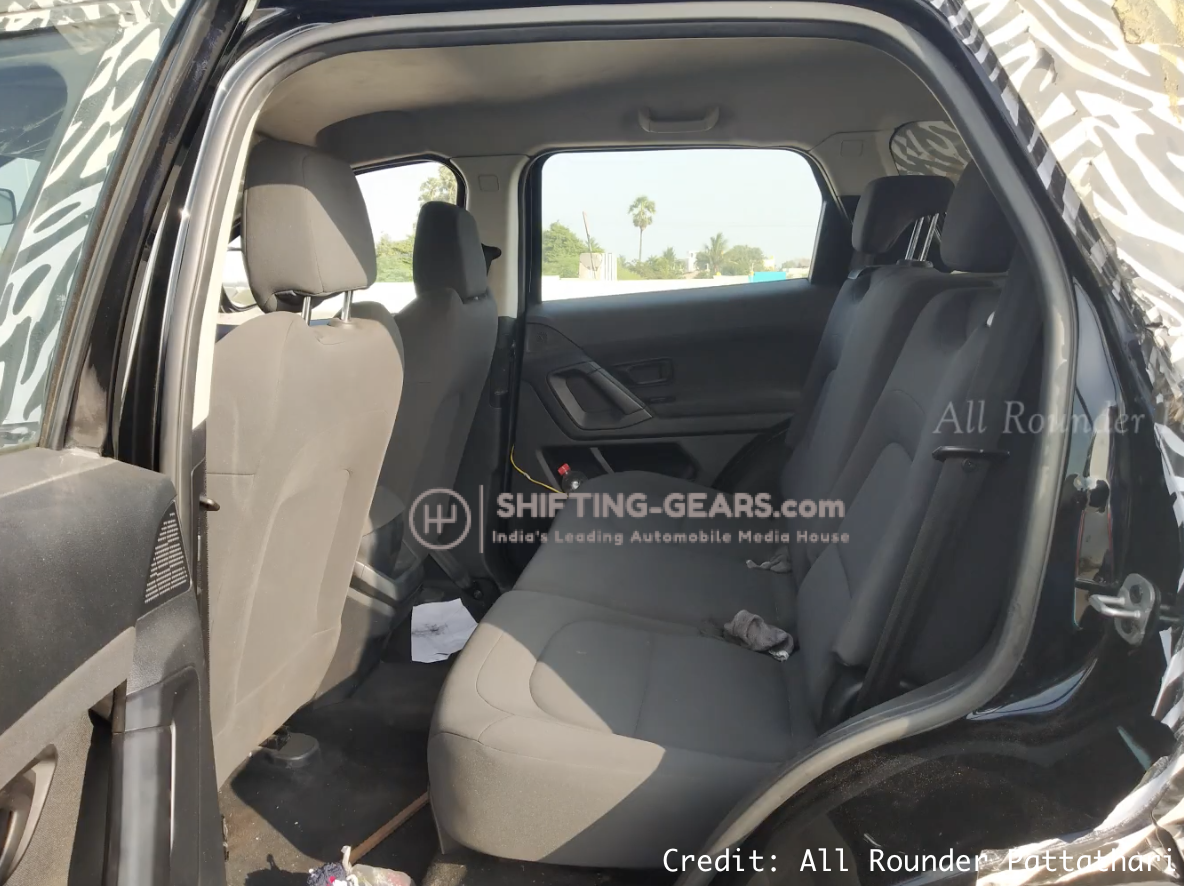 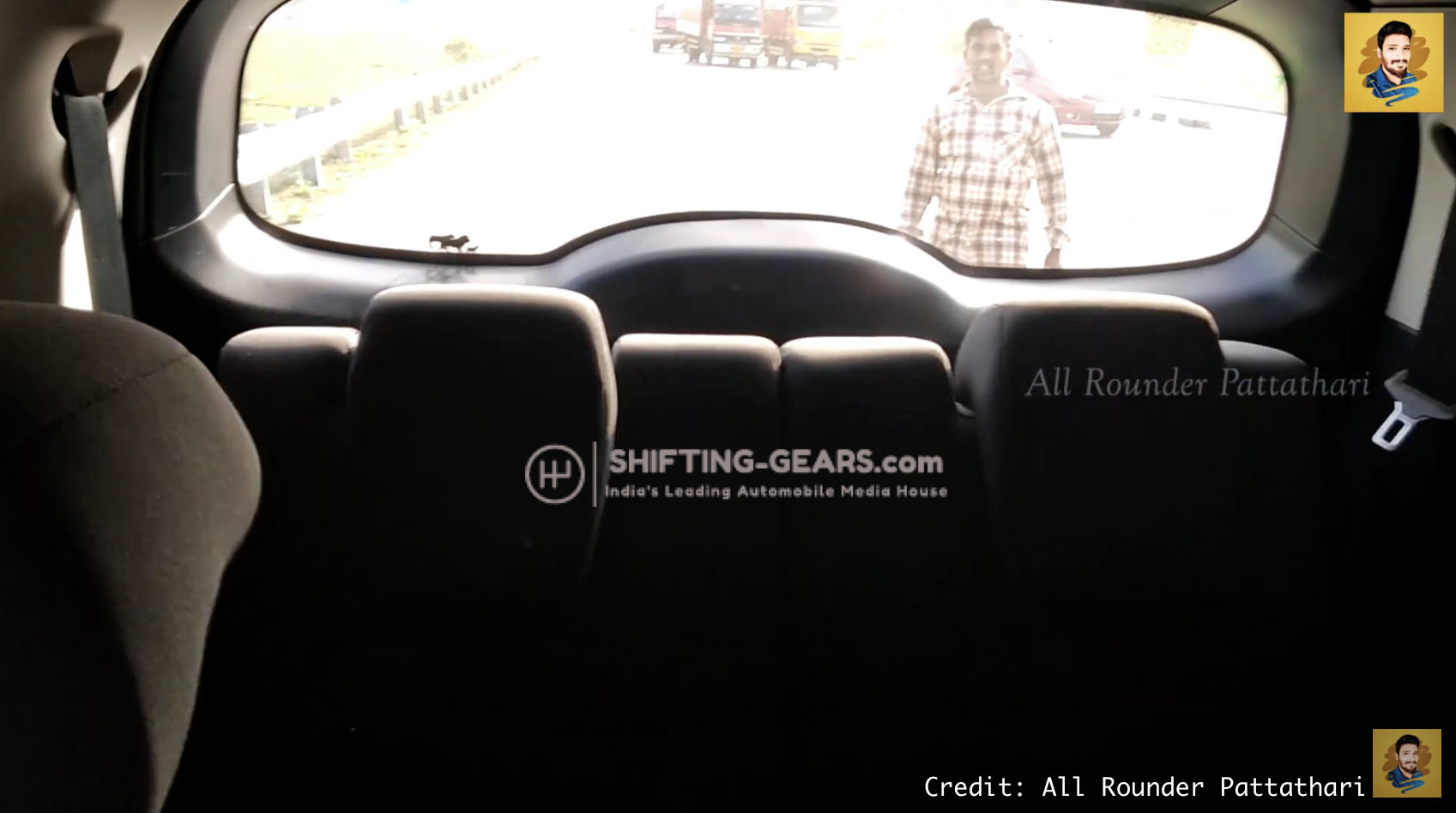 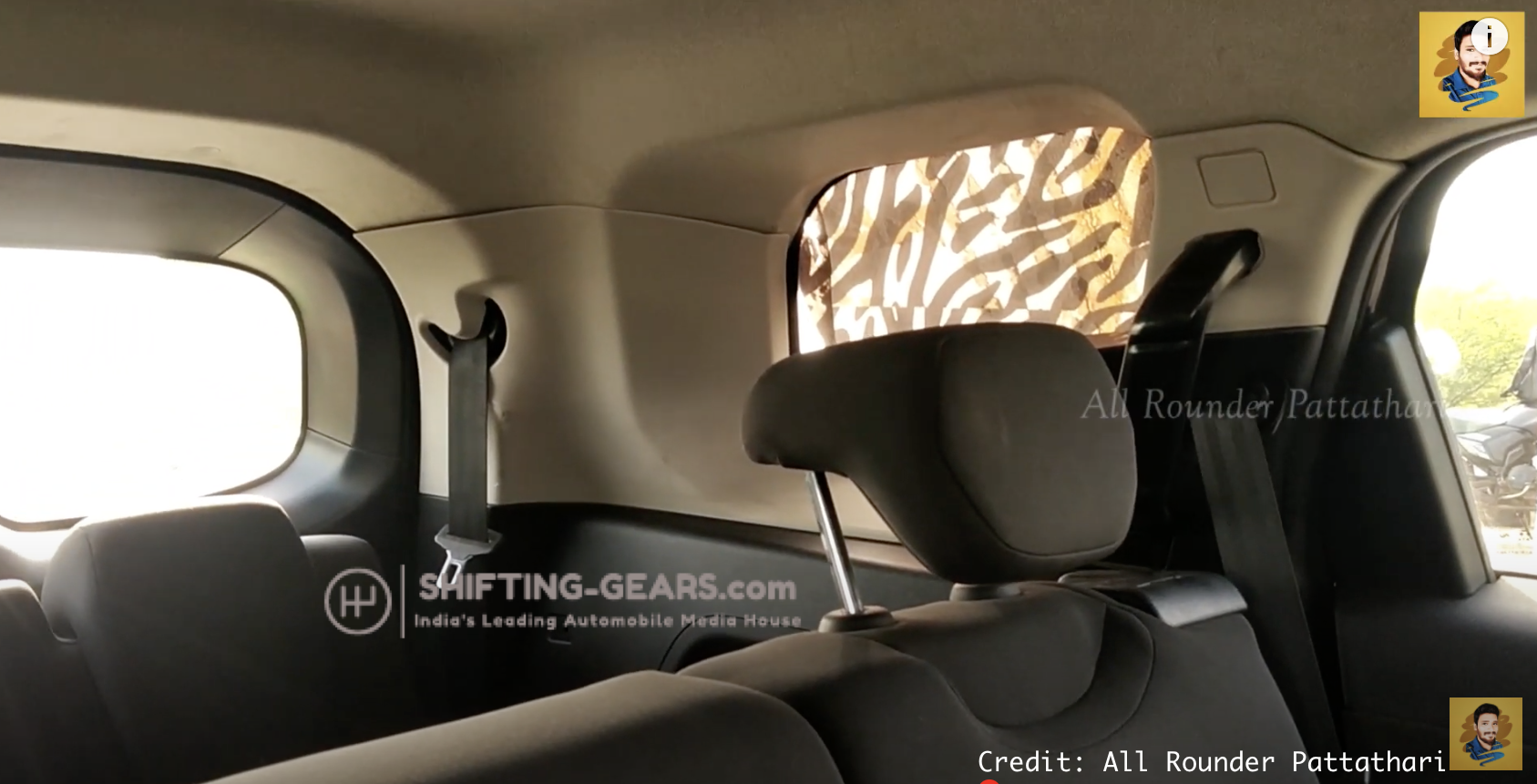 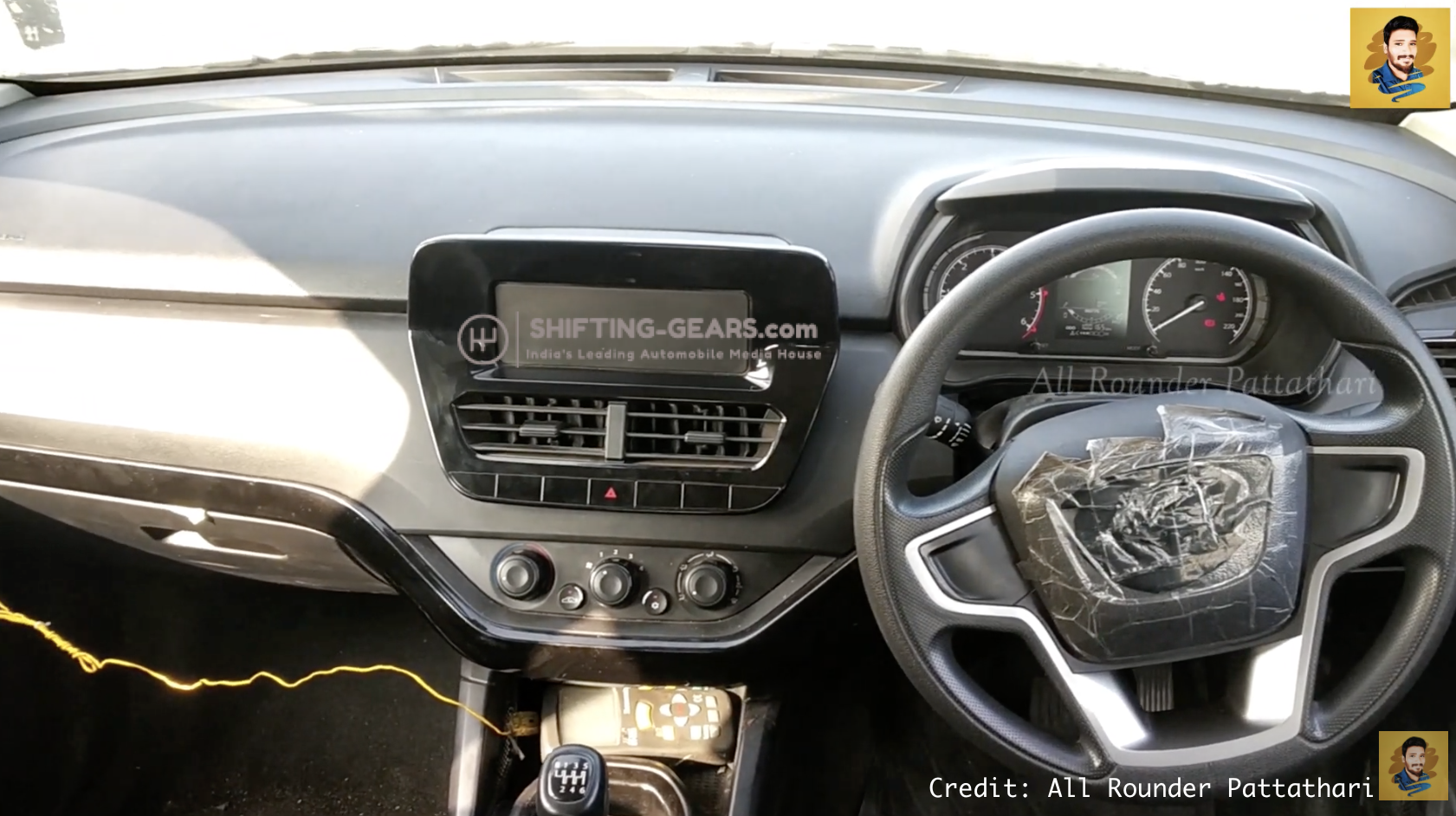