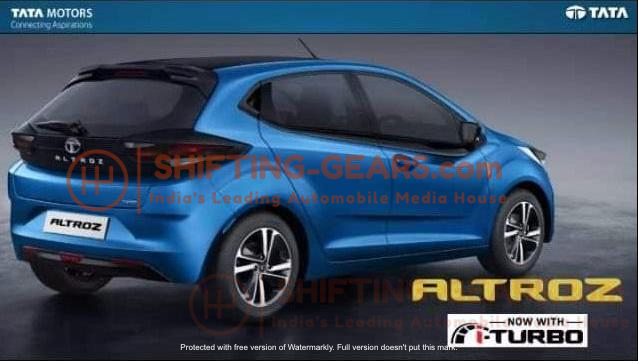 While the official launch of the faster Tata Altroz is still a few days away, more and more details keep emerging on the internet with each passing day. Now, full dope about the 2021 Tata Altroz i-Turbo has reached us and there is little that is left unknown about this hot hatch from the house of Tata Motors. The new 2021 Altroz i-Turbo will co-exist with the current naturally aspirated petrol variant and of course, the diesel version is also here to stay.

The 2021 Tata Altroz i-Turbo will come powered by a 1,199cc, 3-cylinder, Revotron petrol engine producing 110 PS of power @ 5500 RPM and 140 Nm of peak torque between 1500-5500 RPM matched to a 5-speed manual gearbox only. There is no dual-clutch automatic on offer as was speculated, to the convenience seeking driving enthusiasts will have to wait. Tata Motors is claiming that the Altroz i-Turbo can sprint from 0-100 kmph in 13 seconds and pumps 28% more power and 24% more torque than the naturally aspirated model.

In the engine department, the 2021 Tata Altroz i-Turbo also benefits from multi-drive modes which includes City & Sport while the other Altroz variants came with City & Eco modes (NOT SPORT). Tata Motors reveals that the Altroz i-Turbo has a dual path suspension setup for optimum ride & handling along with the engine getting Idle-Start-Stop system to help the hatchback sip less of petrol.

When launched, the Tata Altroz i-Turbo will have to fight it out with the likes of the recently launched Hyundai i20 & the old but competent Volkswagen Polo which come with a turbocharged petrol engine for the hatchback segment. Pricing will play a major role for the success of the Altroz i-Turbo. We know it is safe, but we also know that it is not the fastest looking at the claimed 0-100 time. 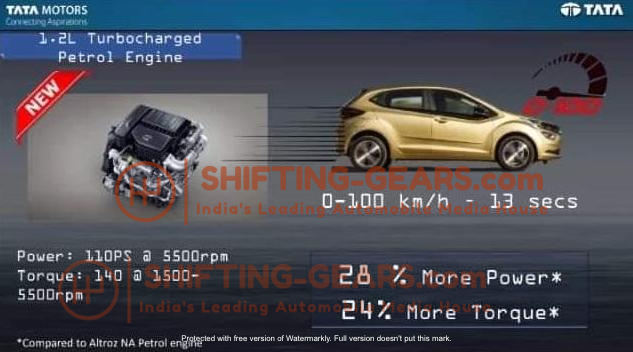