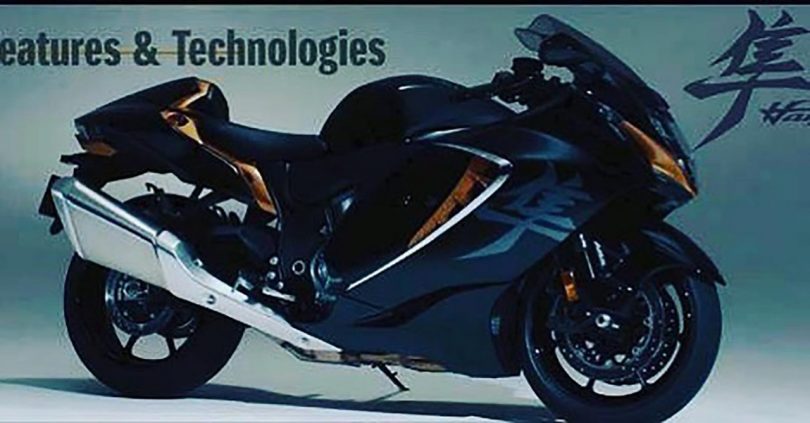 Not too long ago Suzuki announced that the Japanese manufacturer will be introducing the all-new Hayabusa on the 5th February 2021. The much popular motorcycle is scheduled to make its debut this week and images of what looks like a production-spec model have already leaked on the internet, giving us a glimpse of what to expect in a few days.

Suzuki has already teased the new Hayabusa but the teaser does not reveal much except for a good view at the new dashboard, but in the new leaked image, the Hayabusa appears to have retained its timeless shape. The motorcycle’s silhouette is similar to the predecessor but the new model features with new cuts and crease lines and sharper definition.

The most significant change is to the exhaust and the tail section. The exhaust features a new trapezoidal design and looks like a large Japanese blade. The taillamp section also appears sharper in design with a sleeker horizontal LED unit and the rounded pillion seat cowl appears much more aerodynamic in shape and svelter in design. The side fairings also feature a different design with revamped air extractors, sharper lines and much angular belly pan than before. The front fascia is expected to be similar holding a large windscreen, but the headlamp units are expected to be redesigned and are likely to feature LED units.

The new Hayabusa is expected to use the same chassis from the predecessor but the twin-spar frame is expected to receive a major overhaul. The engine is also expected to be updated with new materials, better electronics and a large displacement block which is likely come with a 1,440cc capacity and full Euro-5 spec compliance. The electronics package is also expected to come with Traction Control, Cornering ABS, multiple Riding Modes, 6-Axis IMU (Inertial Measuring Unit), Quickshifter and possibly Cruise Control.

After its world debut, the Suzuki Hayabusa is also expected to arrive on Indian roads but through the CKD (Completely Knocked Down) route or as a CBU (Completely Built-Up Unit) is still a question. 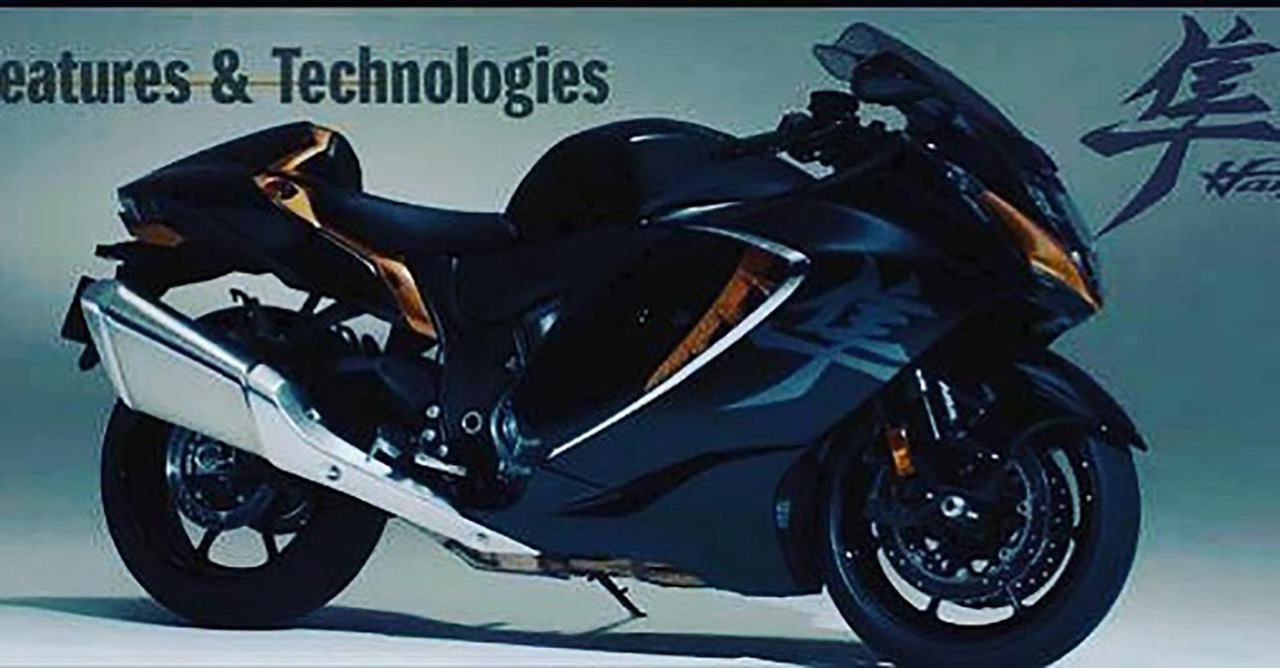