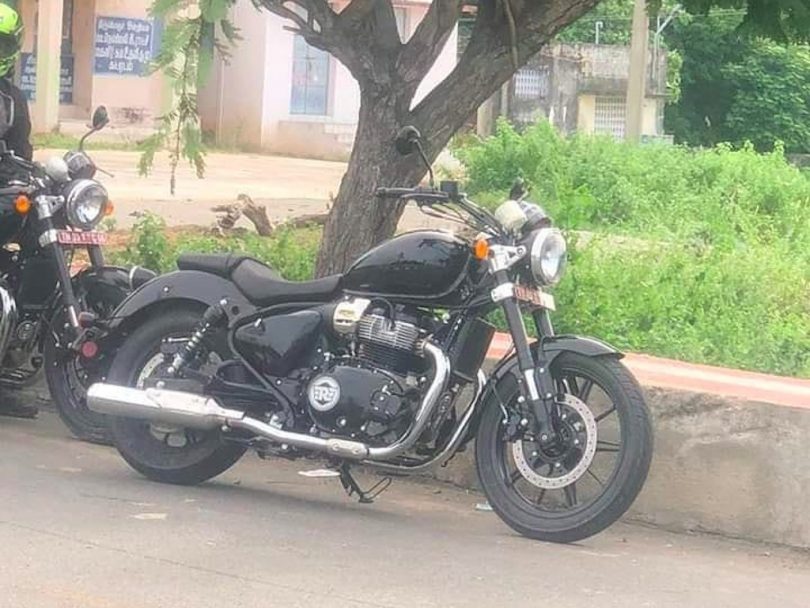 Last month, a Royal Enfield test mule likely to be based on the brand’s flagship twin-cylinder motorcycles the Interceptor 650 and the Continental GT 650 was spotted testing close to the brand’s headquarters in the southern state of India. The test mule at the time was only spied from the rear quarter, but new spy pictures of the motorcycle have emerged on the internet that show the front and side of the new twin-cylinder cruiser. The new Cruiser could be christened ‘KX 650’, inspired by the Concept KX bobber that was unveiled in EICMA 2018 in Milan.

The new motorcycle is expected to be powered by the same 648cc air/oil-cooled, 4-valve/cylinder parallel-twin, SOHC engine with twin throttle bodies with Bosch fuel injection and engine management system that produces 47 BHP of power and 52 Nm of torque paired to a 6-speed gearbox with a slipper assist clutch. But the engine is likely to come in a different state of tune which will be more apt for highway cruising.

Mechanically, the new Royal Enfield Cruiser is expected to come with 19-inch front, 17-inch rear multi-spoke alloy wheels upside-down telescopic suspension on the front end and twin coil spring assisted hydraulic shock absorbers on the rear and the keen-eyed would notice that the front brake calliper is axially mounted.

The Royal Enfield KX 650 is likely to be priced around the INR 3.5 lakh mark and will compete with the likes of the Kawasaki Vulcan 650.