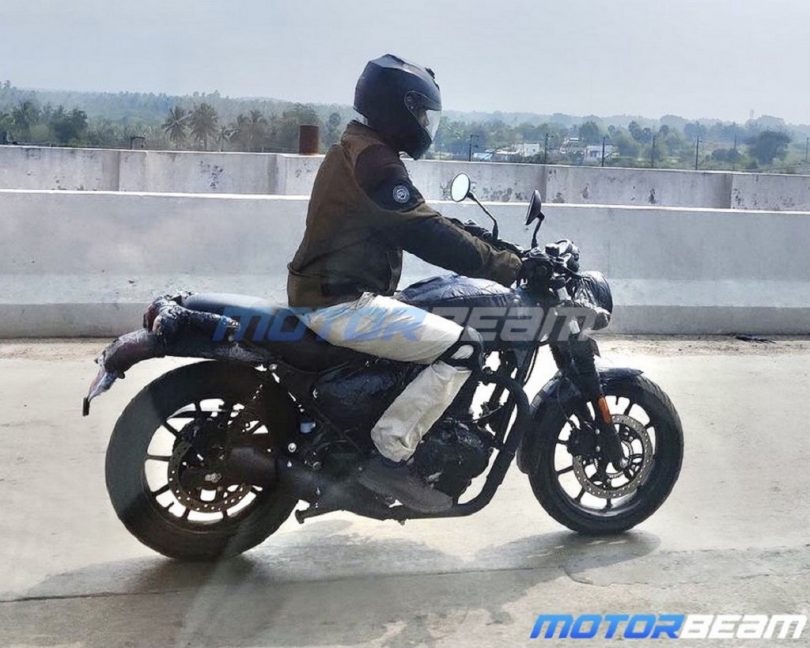 Royal Enfield in the recent past revealed that the brand will be releasing a number of motorcycles in the Indian market on the brand’s newly developed engine and chassis. It was also speculated that various iterations of the Royal Enfield Interceptor will be offered in the coming year. Later the brand filed patents for a new moniker – Hunter. But unlike the 650cc twin-cylinder Interceptor, the Royal Enfield Hunter is supposed to be a smaller displacement version with a 350cc single-cylinder engine.

The Chennai-based manufacturer has been working on the Hunter since last year and new images of a test mule that could be undergoing endurance testing have been spotted on public roads in the southern Indian state of Tamil Nadu, that mule of the motorcycle was also spotted in May 2020 and compared to that, the latest spotting appears closer to final production.

According to the images, that have emerged on the internet, the design language of the Hunter 350 is supposed to correspond to the Interceptor 650 but looks more like a smaller version of the Triumph Street Twin. The test mule features a similar rounded headlamp, almond-shaped fuel tank, raised and upright handlebars, short front fender, telescopic front forks with rubber gaiters, a single-pod instruments cluster, rounded mirrors, a bench-style seat, a rounded taillamp, multi-spoke alloy wheels and an upswept exhaust. Most of the part may be production-ready but the brand has still wrapped them in camouflage materials to keep prying eyes off the motorcycle.

Looking at the spy pictures, the keen-eyed would notice that Hunter 350 appears to feature the newly-developed double-cradle chassis which underpins the Meteor 350 as well as the new-generation J-series 350cc long-stroke single block which is now offered with a much modern and refined cam chain-driven valve timing system. The new engine and chassis made their debut on the Meteor 350 and are expected to underpin the brand future range of 350cc motorcycles. 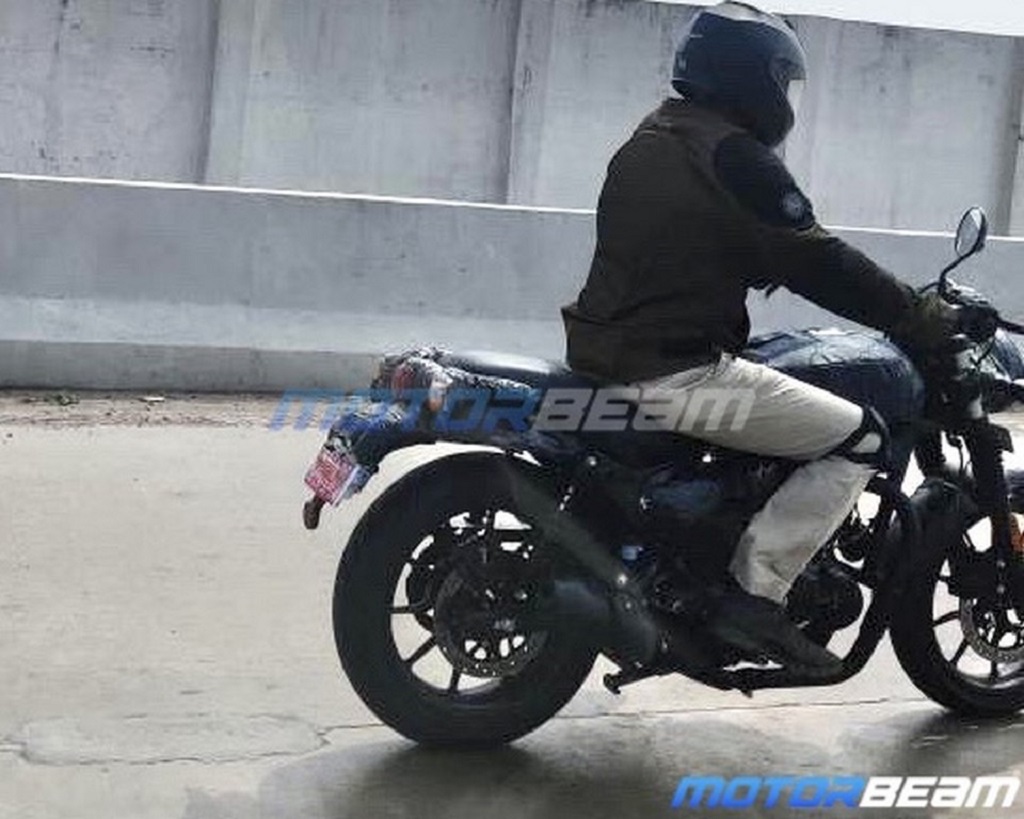