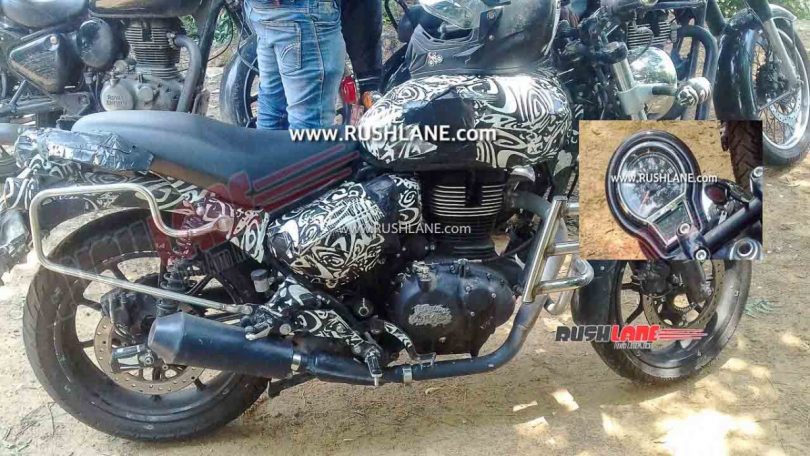 To fully capitalise on its latest J series platform which made its debut on the Royal Enfield Meteor, the Chennai-based company plans to launch a number of motorcycles in the Indian market. One motorcycle in the line-up is the Royal Enfield Hunter. A new name that appears in the patent files recently added by the brand. The Hunter is a new roadster with the focus on the young generation enthusiasts. The test mule of the motorcycle made its appearance on public roads revealing key details and giving us a glimpse of what to expect in the near future.

What Do Spy Pictures Reveal About the Instruments Cluster?

The test mule of the Royal Enfield Hunter appears to be in the near-production avatar and the brand will refine the motorcycle even further. But the instruments cluster appears very close to production. The Hunter features an offset mounted semi-digital instruments cluster with a never seen before design. The cluster comes with an Analogue speedometer on top integrating a digital LCD screen on the bottom. The bottom part of the speedometer could have the fuel indicator, odometer, trip meter etc. There could be a reason the brand has offset the position of the instruments cluster. The Hunter as well may get the Royal Enfield Tripper navigation system placed on the right-hand side of the instruments panel.

Powering the Royal Enfield Hunter will be the same new-generation motor that made its debut on the Meteor 350. The BS6 compliant 349cc air/oil-cooled single-cylinder four-stroke engine produces 20.2 Bhp of power and 27 Nm of torque matched to a 5-speed transmission.

The new Hunter will position itself against the Honda H’ness CB 350 and the upcoming Honda mystery motorcycle that was teased in the recent past. 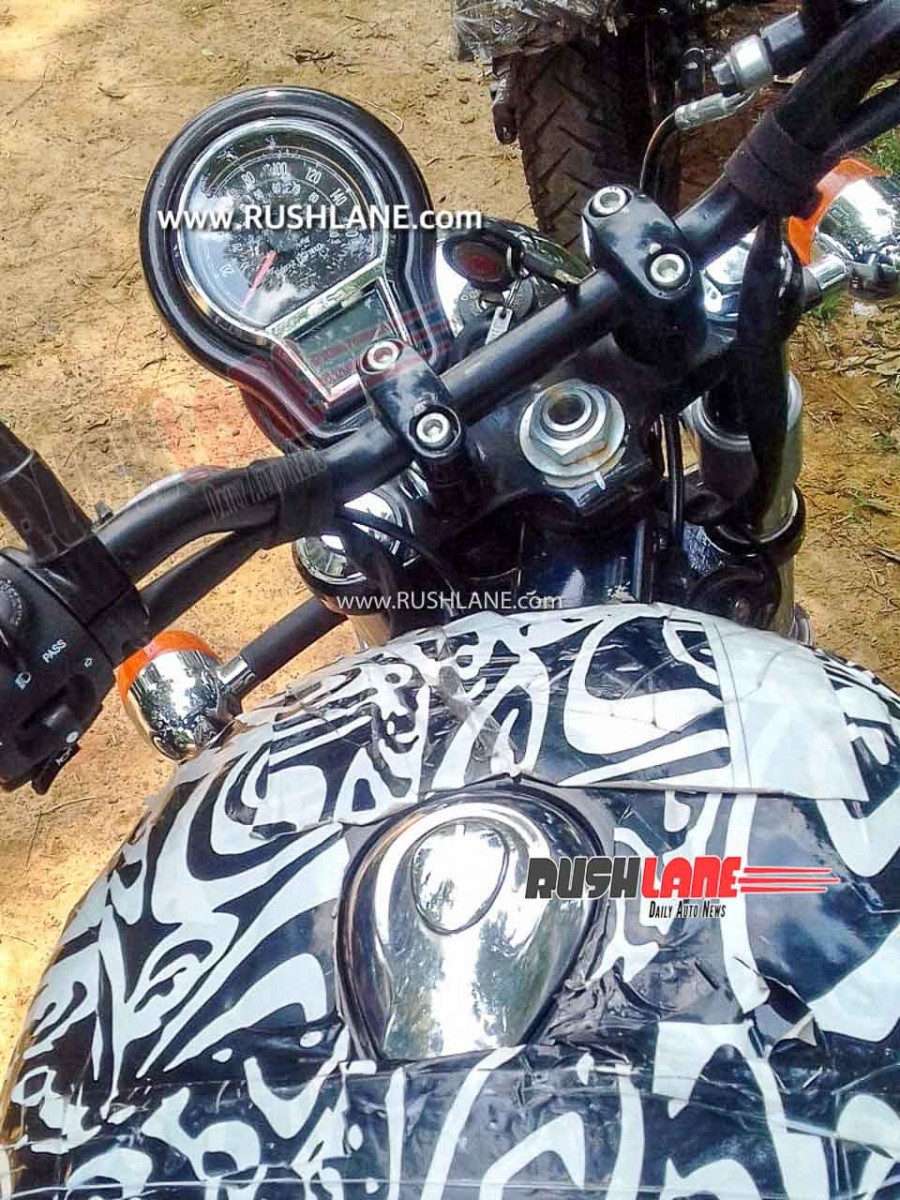