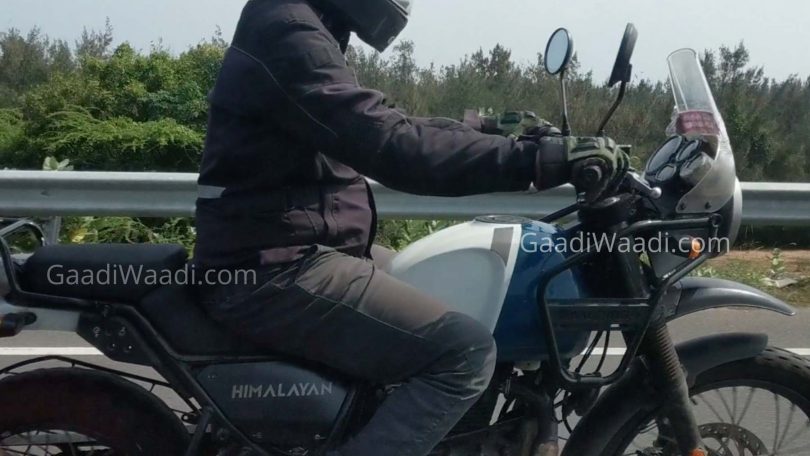 Royal Enfield a brand synonymous with the modern-classic status quo, with its Meteor 350 also showcased the brand’s prowess into modern-age electronics with the Google-powered Tripper navigation system. The Tripper navigation system is powered by Google Maps and Royal Enfield App connecting to the user’s smartphone via Bluetooth technology. The dedicated navigation pod consists of a rounded colour display that shows turn-by-turn directions distance remaining and a lot more.

The brand could now be planning to integrate the system on the Royal Enfield Himalayan, a hot cake in the Adventure Touring segment. The turn-by-turn navigation system, when installed on the Himalayan will become a perfect companion for the rider. As of now, we are not sure if this could be an Ad-Hoc system or a completely new instruments cluster that incorporates the new system. But a test mule of the Himalayan has been spotted with an instrument that appears similar in size and shape placed on the right-hand side of the cluster.

The Royal Enfield Himalayan has been this year updated to BS6 emission standards and is powered by a 411cc air-cooled single-cylinder, 4-stroke SOHC fuel-injected motor that produces 24.3 Bhp of power and 32 Nm of torque matched to a 5-speed gearbox with a wet multi-plate clutch.

The motorcycle comes with a half-duplex split cradle frame and features long-travel suspension consisting of a 41mm conventional telescopic hydraulic fork offering 200mm of travel on the front and a link-type monoshock with 180mm of wheel travel on the rear. The Himalayan comes with 21-inch front and 17-inch rear spoked rims shod in 90/90 front and 120/90 rear, dual-sport tyres. Braking power comes from 300mm single disc with the dual-piston hydraulic calliper on the front and a 240mm single disc with a single-piston hydraulic calliper on the rear. 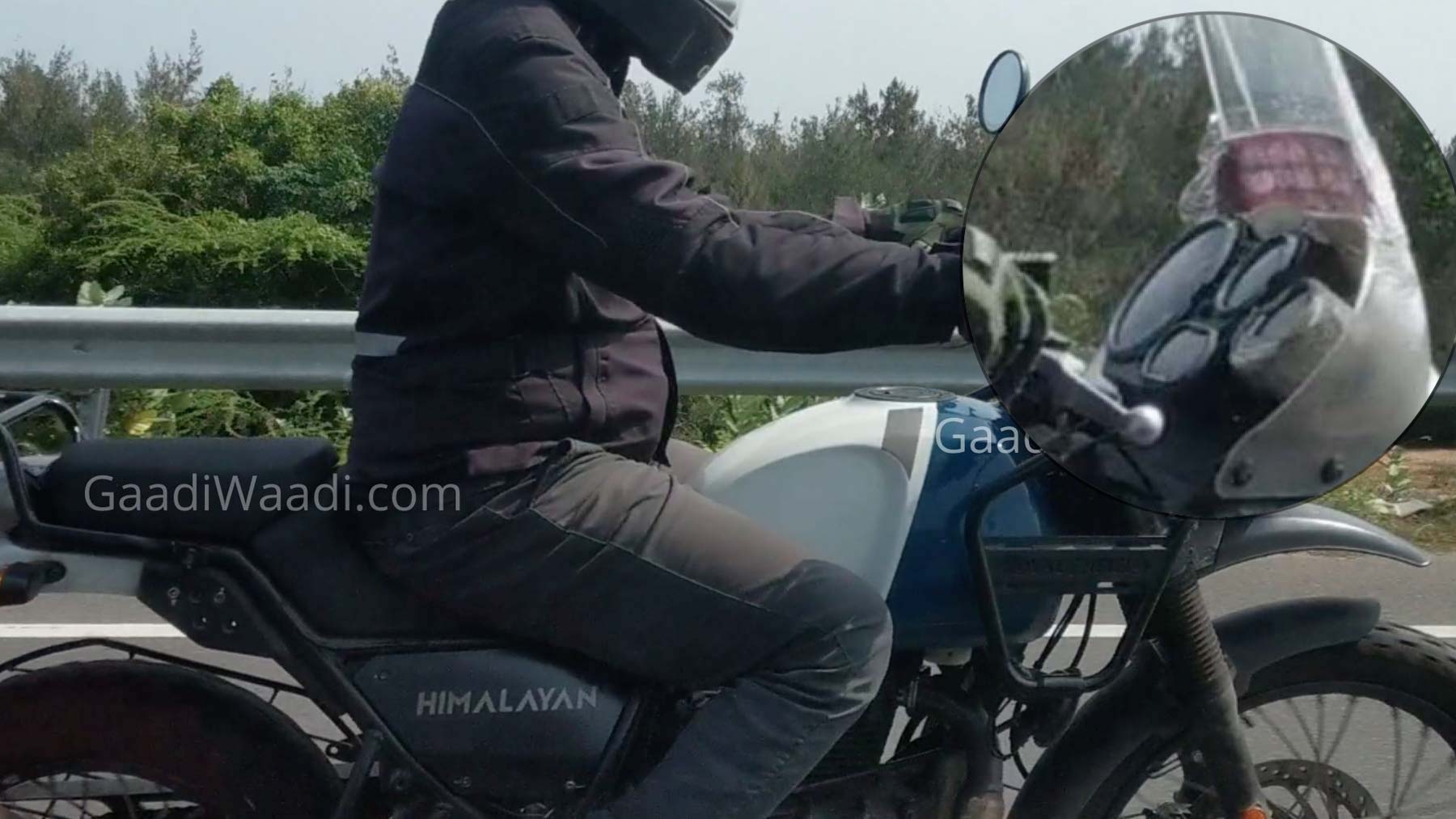 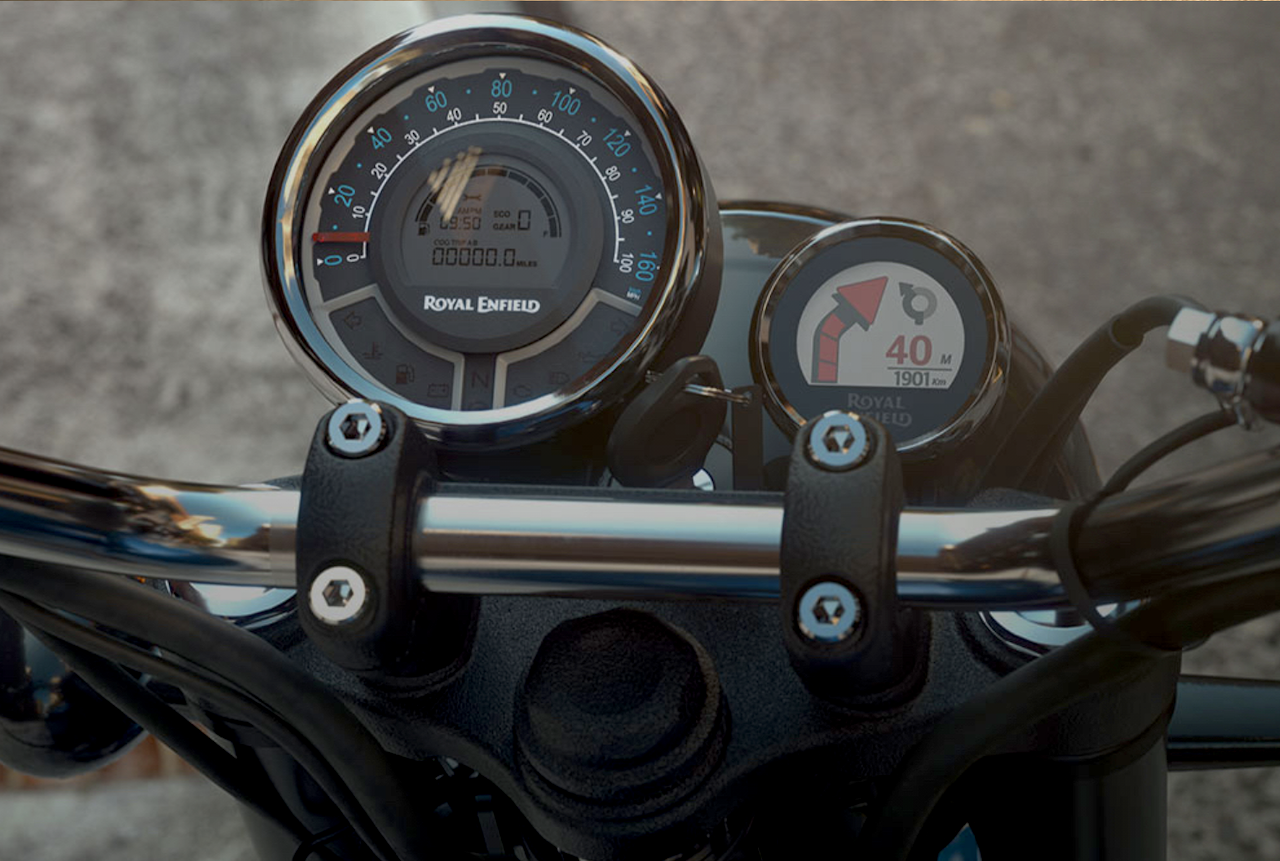