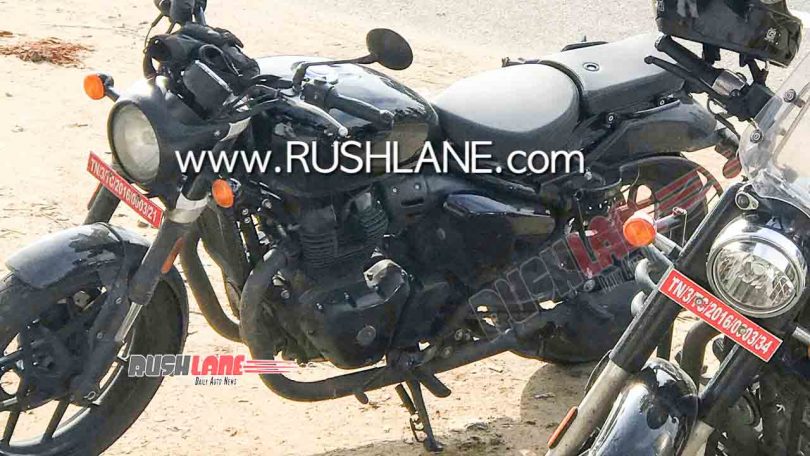 Royal Enfield is developing new motorcycles on the brand tried and tested 650-twin platform. In the recent past, a test mule of a cruiser style motorcycle was spotted in the Indian market equipped with the Royal Enfield Twin Cylinder motor, but the motorcycle appeared to have a completely different riding dynamics such as forward-set footpegs, wide handlebars, upside-down front forks etc. Another test mule with a shorter rake on the front high seating position was spotted with a number of accessories.

This leads us to believe that the brand could be testing not just one but two different iterations of the 650 one with a relaxed cruising posture and another with a roadster rider’s triangle with mid-set pegs and upright position. Furthermore, it is being speculated that this could be the Royal Enfield motorcycle that replaces the now discontinued Classic 500. The Classic moniker is the brand’s bread and butter and with the updated new 650cc twin-cylinder chassis the brand could push sales to a new high.

The test mule hypothesised to be the Classic 650 features upside front fork which appears to have a rake set for the urban jungle, a teardrop-shaped fuel tank, low-set handlebars, rounded headlamps, triangular-shaped side boxes similar to the Classic 350/500 chopped front fender, a single offset instruments cluster, alloy wheels etc. The Royal Enfield Classic 650 was also accompanied by the next-generation Classic 350 which is expected to get a new Chassis, new J-series 350cc engine that powers the Meteor 350 and new instrumentation with updated electronics.

The Classic 650 is expected to be powered by the same BS6 emissions-compliant motor that does duty on the Royal Enfield Interceptor 650 and Continental GT 650. The 648cc parallel-twin oil-cooled engine makes 47 Bhp of power and 52 Nm of torque matched to a 6-speed transmission. The brand could tweak the Cruiser 650 and the Classic 650 differently in terms of its gearing but the power and torque output is expected to remain similar. More details on the Royal Enfield Classic 650 is much-awaited. 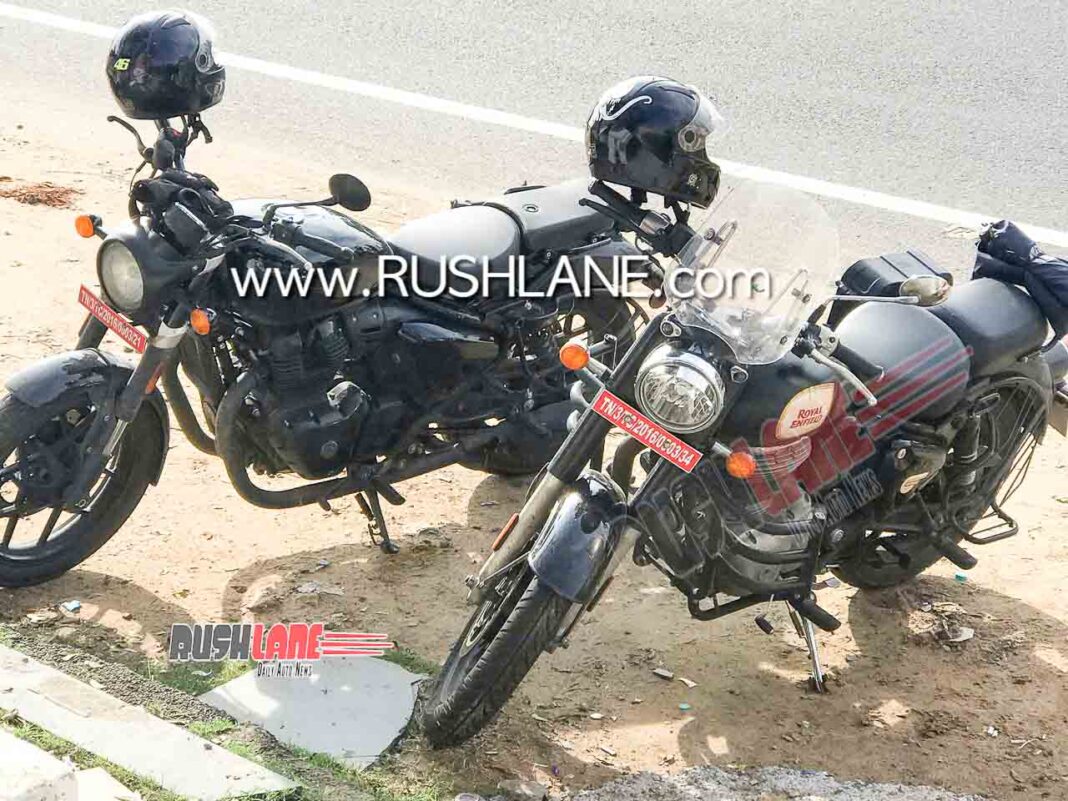