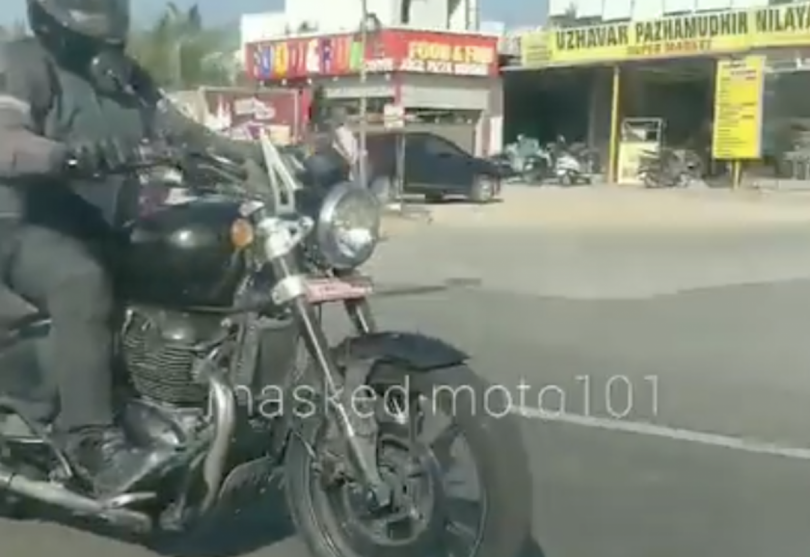 The new motorcycle is styled like a power cruiser with wide handlebars, tear-drop tank, relaxed footrest positioning, raked steering geometry, upside-down front suspension, twin shocks on the rear, low set seats, rounded mirrors, peashooter style exhausts, full-sized fenders, a pillion backrest integrated with a luggage mount. The spy pictures also reveal mounts for a large windscreen but the glass was absent on the test mule. The mule was also seen with alloy wheels shod in tubeless tyres. The motorcycle is likely to get a single disc on the front and a single disc on the rear operated using hydraulic callipers equipped with a dual-channel ABS system.

Powering the Royal Enfield Cruiser will be a BS6 emissions-compliant 648cc parallel-twin oil-cooled engine makes 47 Bhp of power and 52 Nm of torque matched to a 6-speed transmission. The gearing on the cruiser could be optimised for highway riding attributes but the power and torque figures are likely to remain the same. The engine currently does duty on the Royal Enfiled Interceptor 650 and Continental GT 650.

Royal Enfield expected to come with the same chassis that underpins the Interceptor 650 but will be modified to accommodate the newly designed body. The wheels are likely to be 19-inch front, 17-inch rear multi-spoke alloys and the motorcycle will also come with an advanced upside-down telescopic front suspension and twin coil spring assisted hydraulic shock absorbers on the rear and the keen-eyed would notice that the front brake calliper is axially mounted. 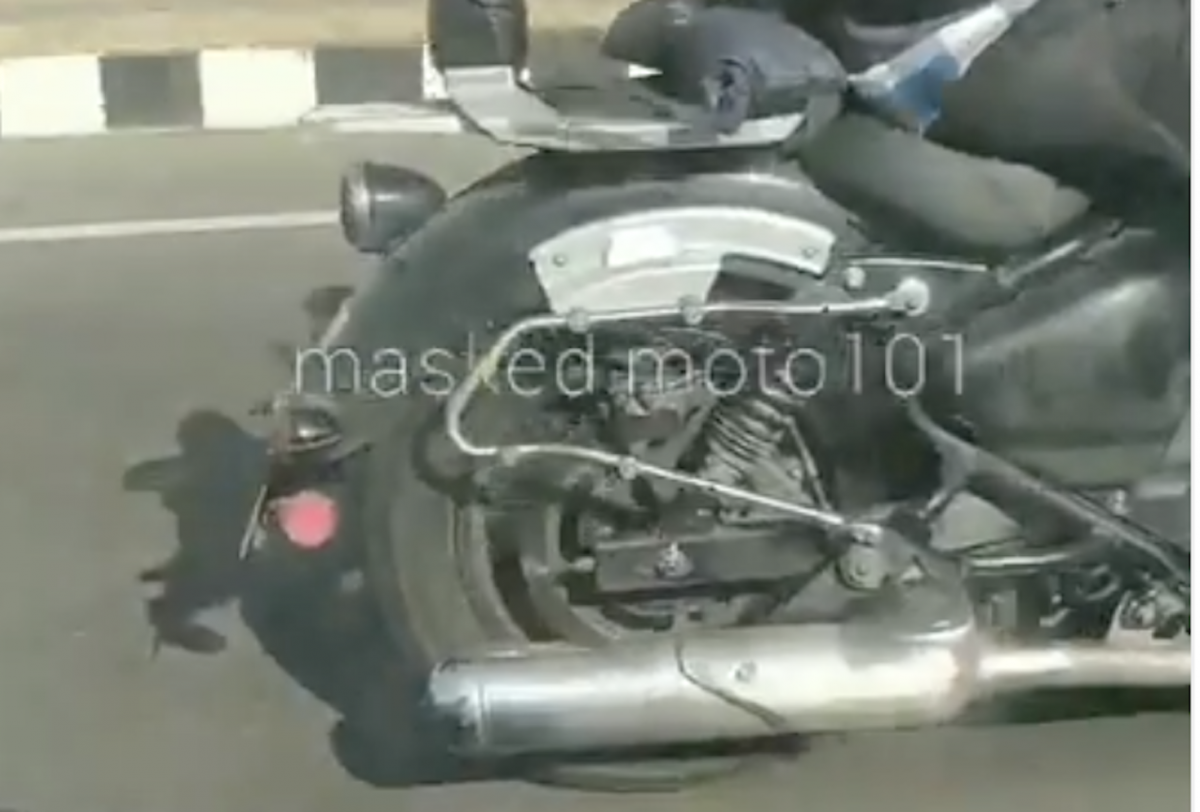 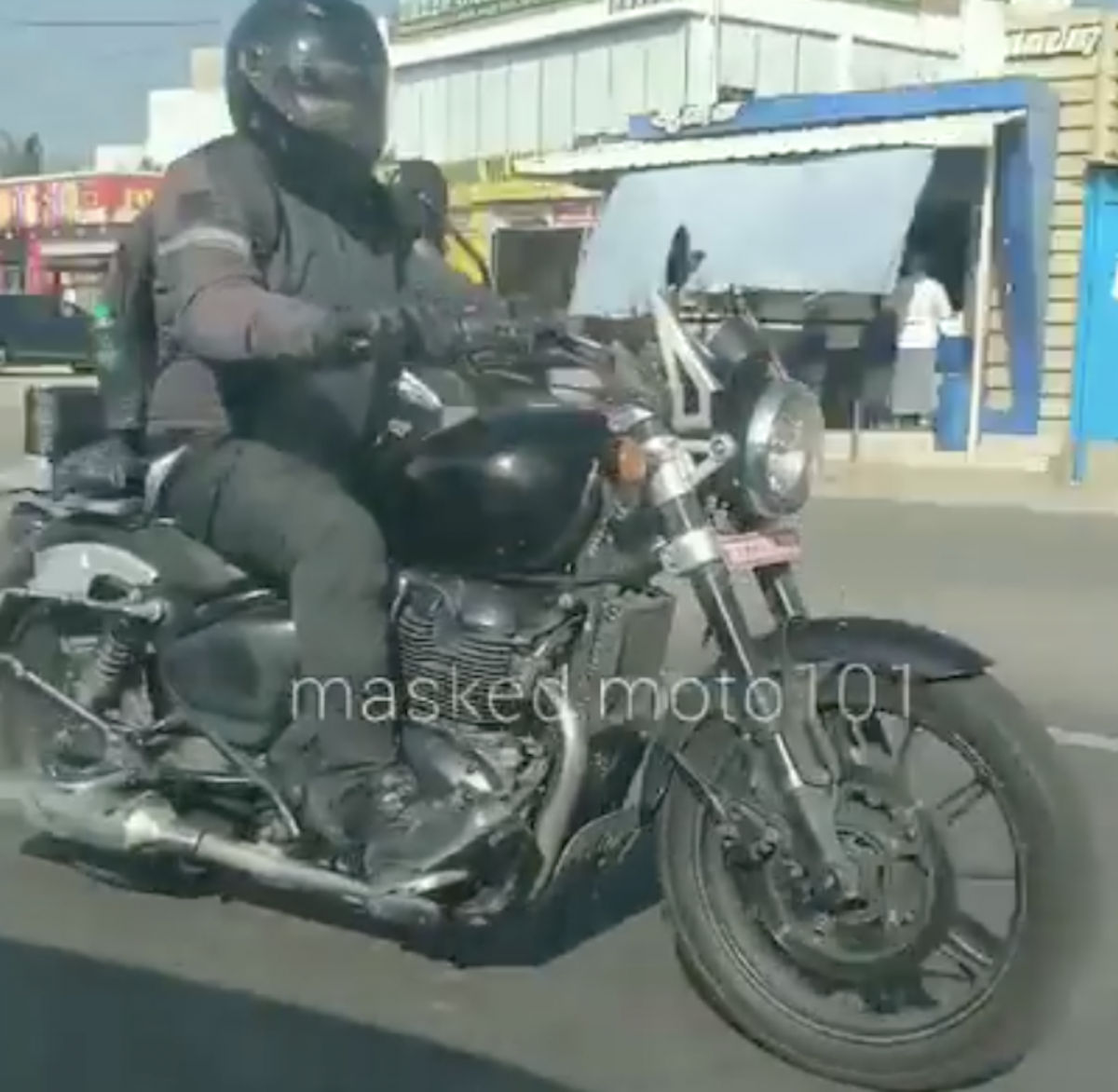 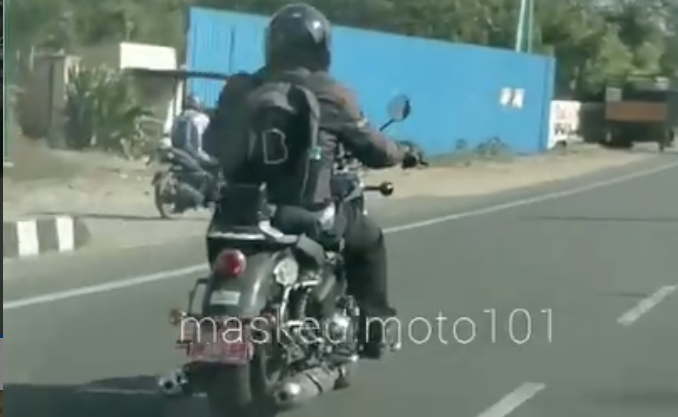