According to the teaser image, the next-generation Rolls Royce Ghost follows the evolutionary design pattern and features a high shoulder line and a long bonnet. The teaser image also clearly expresses the Spirit of Ecstasy. The rear deck also appears stretched and the roofline appears to land far into the rear deck but it is important to note that this is still an artists expression.

The Rolls Royce Ghost is the brand’s bestseller since it was launched back in 2009 and is revered to be the marquee’s most successful vehicle in its 116 years of history. The brand has revealed that the Goodwood Ghost will be revealed in Autumn and the car is already under development but the process has been delayed due to the ongoing pandemic.

The next-generation Rolls Royce Ghost is likely to be powered by a 6.6-litre twin-turbocharged 12-cylinder engine configured in V pattern, borrowed from the BMW M760Li, that can produce close to 600 Hp of power matched to an 8-speed transmission unit and is expected to be capable of achieving a top speed of 250 kmph.

The Rolls Royce Ghost is expected to make its digital debut before the end of 2020.

In recent news, Rolls Royce has revealed the new iteration of the Dawn, the Rolls-Royce Dawn ‘Silver Bullet’ in sketches. The Dawn Silver Bullet will be a limited edition two-seater car with only 50 examples sold worldwide. The Rolls Royce Dawn Silver Bullet is a contemporary interpretation of the 1920s roadsters. The two-seater layout along with the 50 units exclusivity is likely to command a premium price over the standard model. 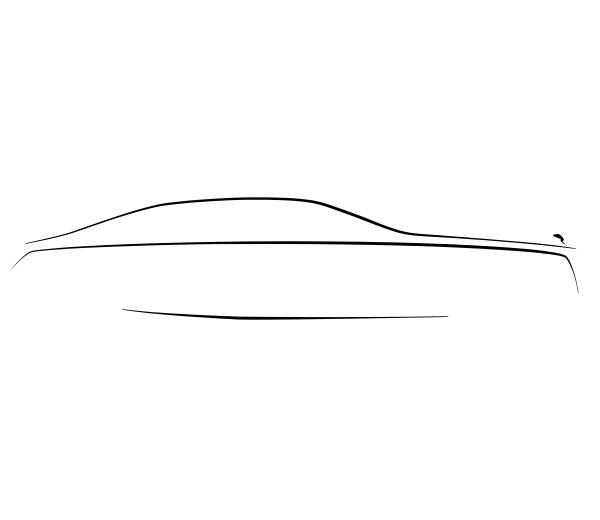