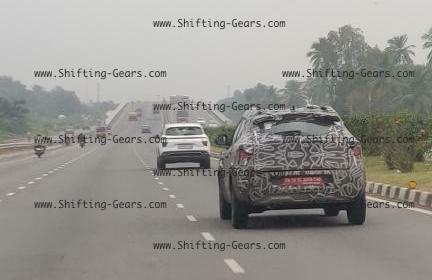 Renault is gearing up to introduce the all-new Kiger which claims to revolutionise the B-SUV segment in the Indian market. The brand has confirmed that the Kiger will make its world debut on the 28th of January 2021 and even before its premiere a set of spy pictures give us a glimpse of what to expect from the compact crossover.

New spy pictures of the Renault Kiger reveal that the car is expected to come with a new Caspian Blue shade. Though the spied test mule was completely camouflaged a part where the camouflage cover was slightly torn gives us a look at the Kiger’s exterior body shade. The test mule is expected to be undergoing final validation tests and is expected to be in the production-ready avatar.

The brand in the recent past virtually showcased the Concept Study of the Renault Kiger and a lot of elements from the concept are likely to be carried over in the production-spec vehicle. The Kiger is expected to come with an LED daytime running light that sits flush with the bonnet shutline and front bumper mounted headlamps. The test mule also reveals a similar light signature on the front of the car. The test mule also reveals a similar window-line that was showcased in the concept vehicle.

Renault Kiger will be built on the CMFA+ platform and is a result of the collaboration between the Corporate design teams in France and the Renault India design. While the production version is likely to miss out on certain elements such as the roof rack, eccentric design alloy wheels, but features such as the roof-mounted spoiler, shark fin antenna, a flared hip etc, are expected to come on the production version.

The Kiger is expected to be powered by a 1.0-litre three-cylinder petrol engine that is likely to be available in both naturally-aspirated and turbocharged form. The engine will obviously be BS6 emission compliant and the car will be manufactured at the brand’s Oragadam manufacturing facility in Chennai. 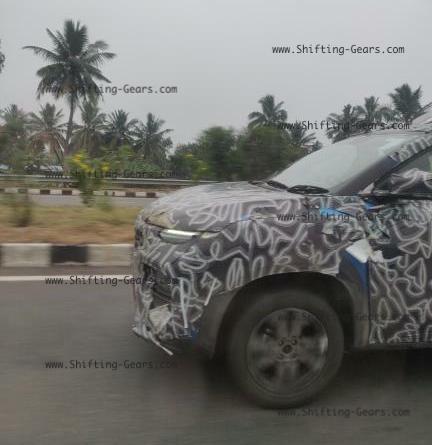 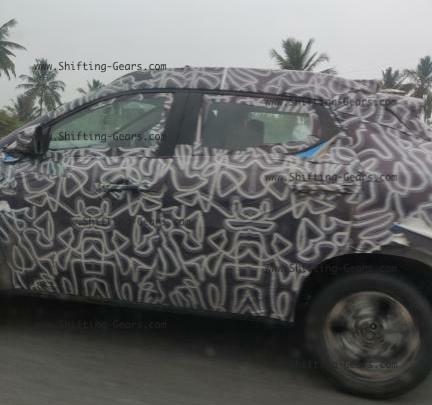 Thanks to VISHAL LUNAWAT for sharing these pictures with us.