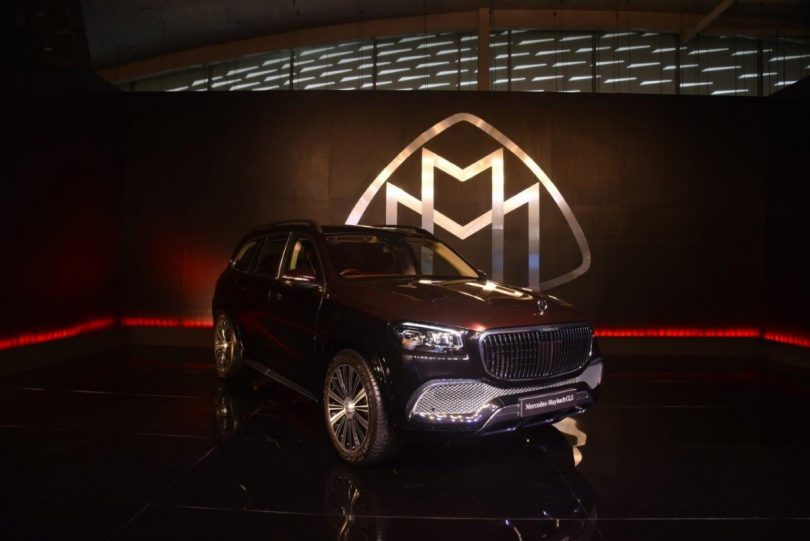 Mercedes-Maybach has launched the brand’s first ultra-luxurious SUV in India at the price of INR 2.43 Crore ex-showroom, India. The exquisite luxury SUV sets global standards in the field of comfort and technology. Mercedes-Maybach offers the new ultra-luxury SUV in the GLS 600 4Matic trim, which competes with the Rolls-Royce Cullinan and the Bentley Bentayga.

The brand has also revealed that all 50 units of the Mercedes-Maybach GLS 600 4Matic have been booked in India, even before its debut. The next set of ultra-luxury SUVs will arrive in Q1 of 2022.

Mercedes-Maybach borrows the body of the GLS, which is considered the S-Class of the SUV world. The Mercedes-Benz GLS 600 4Matic features an elegant line of vertical chrome grille with MAYBACH lettering on top. The grille is complemented by the Mercedes-Benz star on top of the bonnet, standing up traditionally.

The lower bumper of the SUV features a fine mesh chrome grille and a chunky chrome-finish skid plate. The SUV comes with a long bonnet and features power bulges up top. The GLS 600 4Matic features trapezoidal wheel arches and 22-inch multi-spoke alloy wheels. The B-pillar and the window line features a chrome effect, and the D-pillar comes with the double-M badge. The GLS 600 4 Matic also features chrome roof rails, horizontal chrome stripes on the rear, chrome muffler exits, etc.

The Mercedes-Maybach GLS 600 4Matic comes with comfortable seating for all four passengers. In the Mercedes-Maybach GLS 600 4Matic, the Executive Rear can be used as an office and a private relaxation zone. The cabin also integrates various digital devices and high-resolution displays. The brand offers a digital environment for both the driver and passengers to operate the extensive features.

Mercedes-Maybach offers a dimensional concept which seats the driver and passenger high above the road surface. The driver sits more than 25 centimetres higher, and the passenger sits more than 28 centimetres higher when compared to the S-Class. The open interior dimensions also allow the drivers and passengers comfortable seating. Compared to the Mercedes-Benz GLS, the rear seat compartment is 120 millimetres further back. The uber-luxurious seats can also be reclined 43.5-degrees for deep relaxation on long journeys.

Powering the Mercedes-Maybach GLS 600 4Matic is a new M 177 series 4.0-litre V8 petrol engine with a 48-Volt onboard electrical system and an integrated starter-alternator (ISG). The 48V hybrid system is responsible for EQ Boost or energy recovery. The petrol motor produces an output of 558 PS and 730 Nm of torque. The hybrid system produces an additional 22 PS of power and 250 Nm of torque, available temporarily via EQ Boost. The GLS 600 4Matic also features a 9G-TRONIC automatic transmission. The driveline features a standard transfer case with the variable transfer of the drive torque from 0-100%, depending on the Torque Demand between the axles.

The brand has added all the top-class saloon’s technical and material luxury features in the GLS600 4Matic. The Mercedes-Maybach GLS 600 4Matic features a running board that automatically swings out. This allows easy access and egress for passengers. The running boards are more than 2-metre long and feature high-gloss aluminium with anti-slip rubber strips. The running boards are functional and a spectacle as they pop in and out of the SUV. The SUV features multiple screens on the rear, an MBUX system with the latest generation telematics on the front, multizone HVAC and a large panoramic sunroof.

The Mercedes-Maybach GLS 600 4Matic also features an E-ACTIVE BODY CONTROL suspension. The class apart suspension system is based on the 48-volt onboard electrical system and is available as an option. But even as standard, the luxury SUV features an AIRMATIC air suspension with Adaptive Damping System Plus (ADS+). The technology helps the SUV float over bad patches of road with ease and keeps the cabin ultra-comfortable. Features also include Chauffeur function, Climatized outer seats, massage function and MBUX rear tablet. The car also comes with a folding rear seat table and a refrigerated compartment that accommodates two Champagne flutes.

The Mercedes-Maybach GLS 600 4Matic comes with a plethora of latest-generation safety features and driver assistance systems as standard. This includes the state-of-the-art PRE-SAFE functions which in some cases takes actions before an accident using clever algorithm and sensors. As an option, the car also comes with Active Stop-and-Go Assist and PRE-SAFE Impulse Side. The GLS 600 4Matic also features a cushioning airbag for the Executive seat. The innovative airbag does not allow passengers to slide under the seatbelt even in the reclined position during a frontal impact. 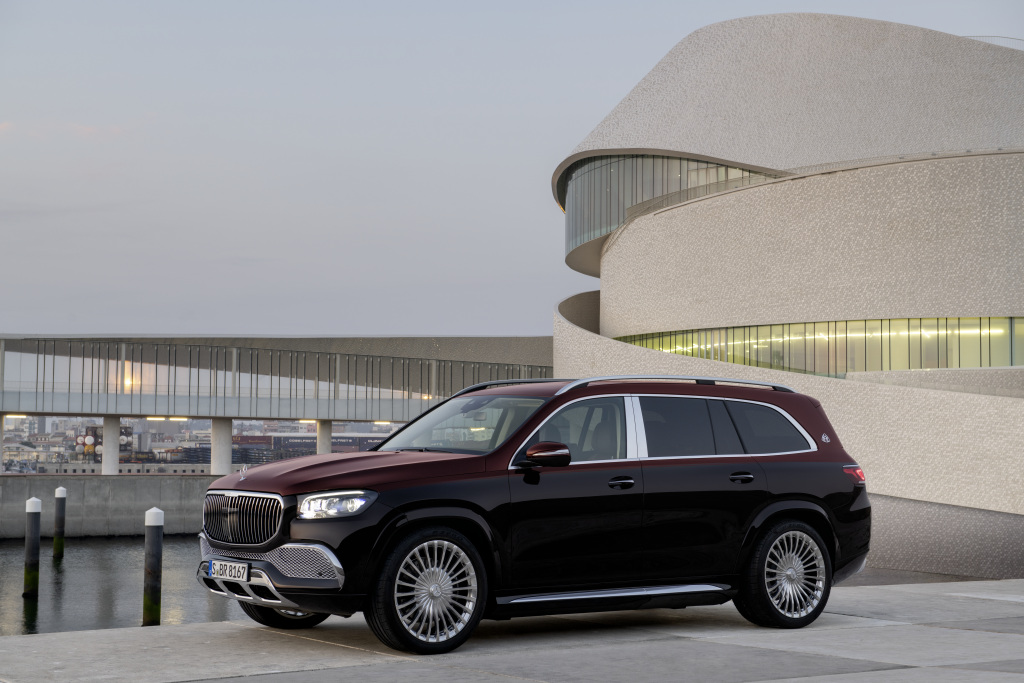 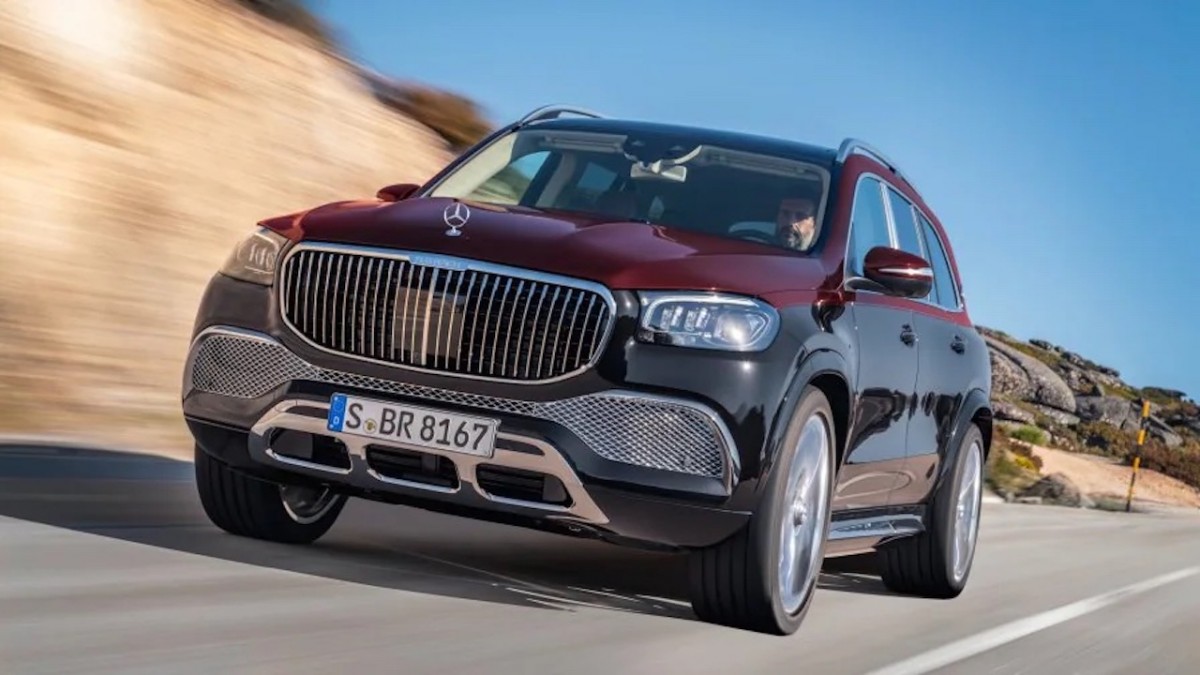 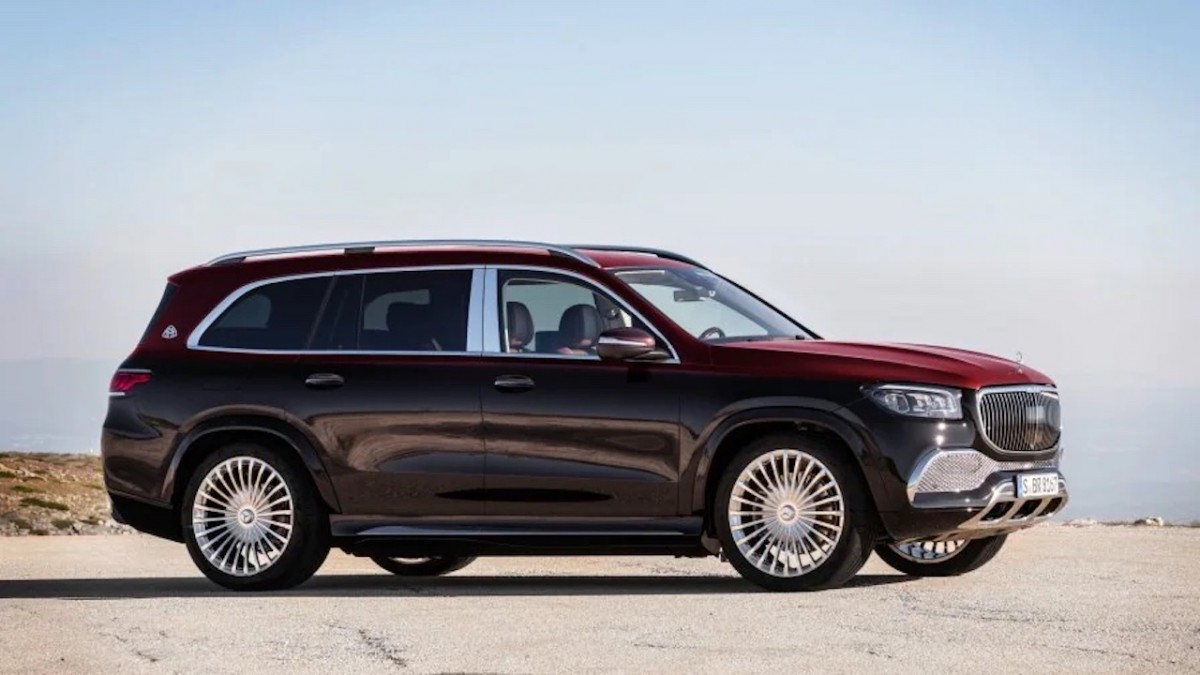 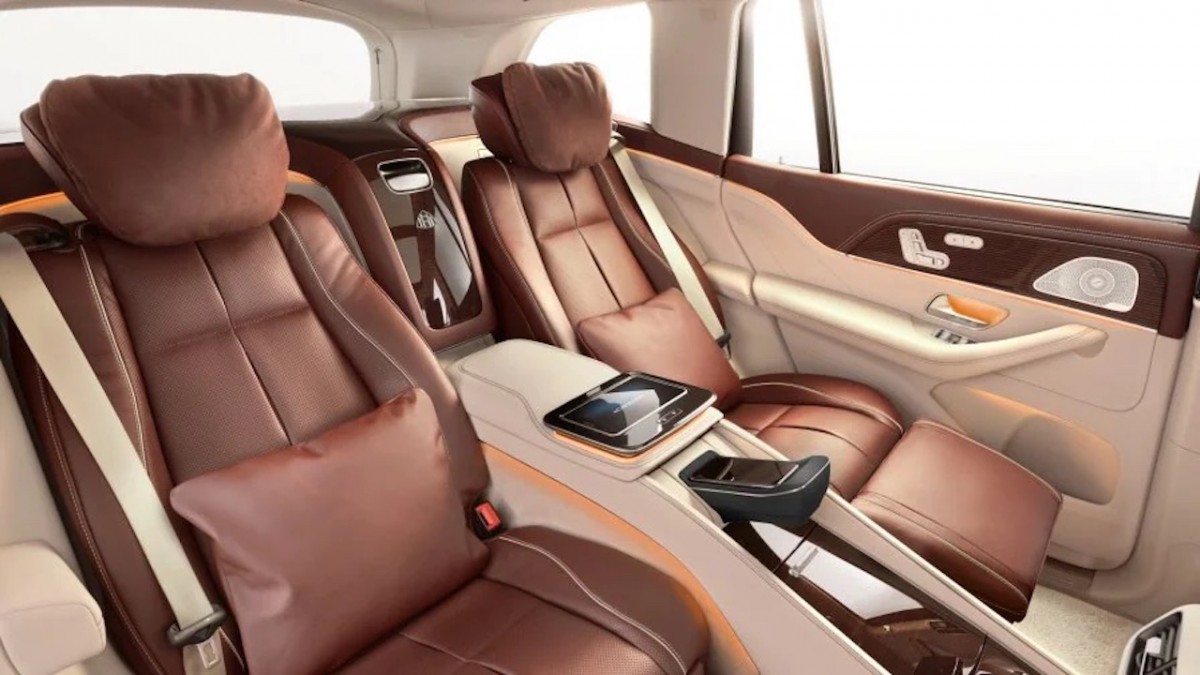 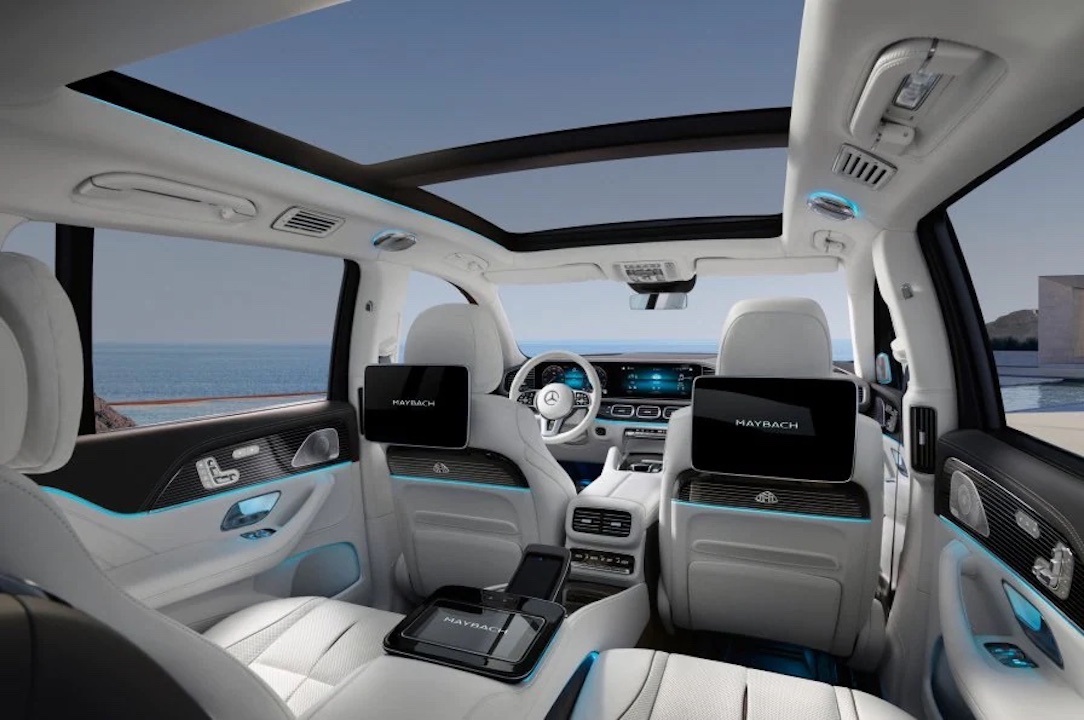 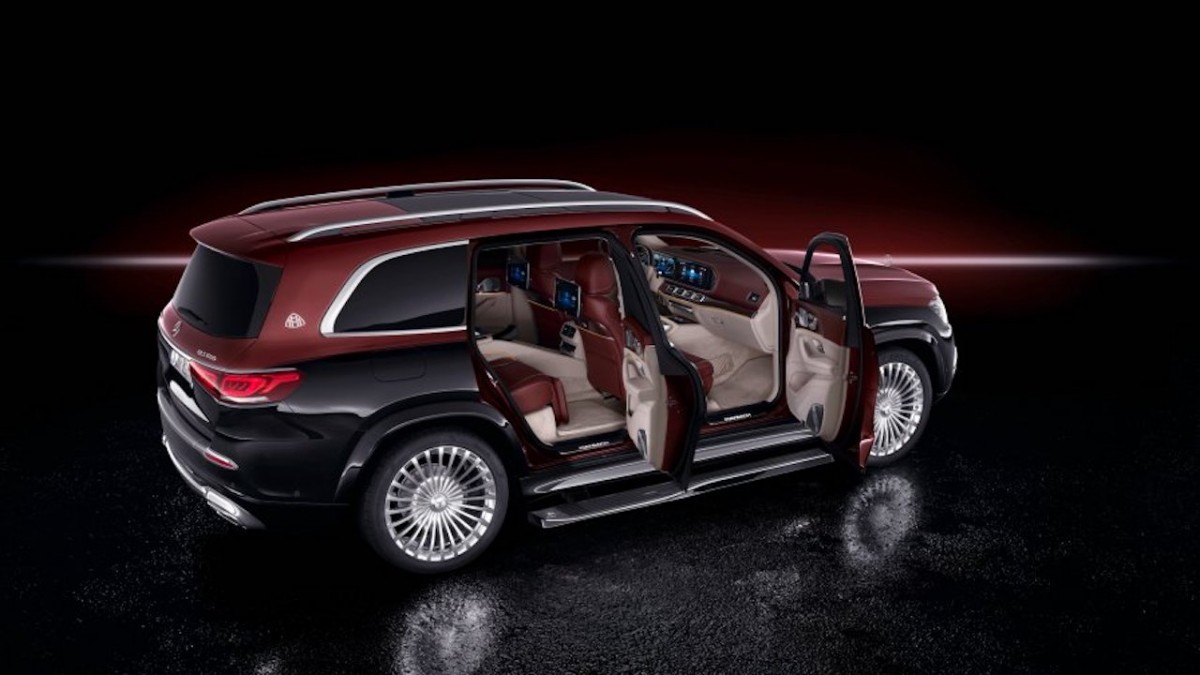 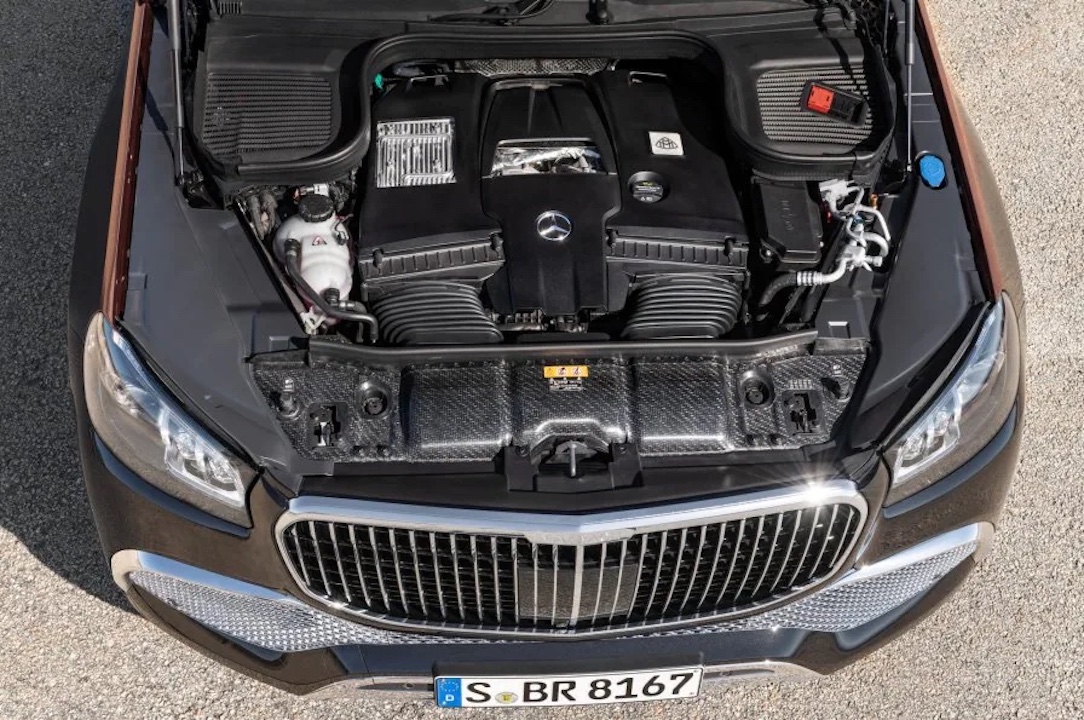