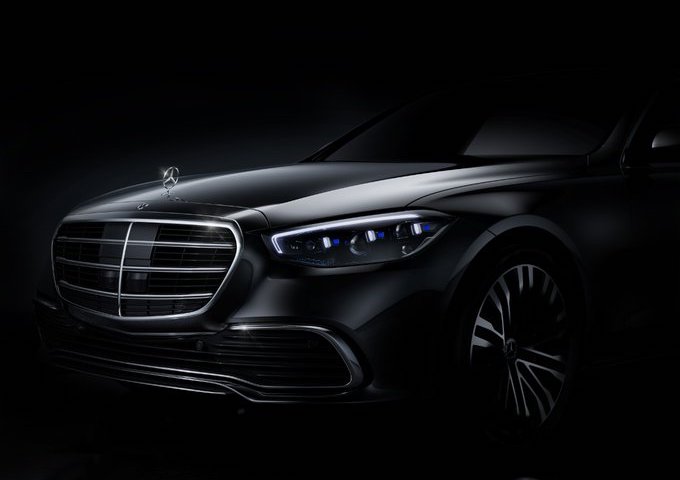 The teaser image which reveals the front of the 2021 Mercedes-Benz S-Class internally known as W223 features new LED headlamps with inverted tick mark style LED daytime running lights, a chrome-accented grille with three prominent blades and a centre spine, wide air dam on the front apron with chrome inserts, flared rounded wheel arches and a muscular bonnet with raised ridges that blend towards the shoulder line.

Earlier this month the luxury sedan was spotted testing with minimal camouflage and its interior was also spied. The spy shots revealed that the S-Class now features sharper and sportier styling with new wraparound LED taillamps on the rear that reverberate with the new E-Class.

In the engine department, the 2021 Mercedes-Benz S-Class is likely to feature multiple powertrain options including petrol, diesel and hybrid powertrains with mild-hybrid and plug-in hybrid versions on offer. Reports in the past have suggested that the brand is likely to axe the V12 engine variant on the S600 trim.

The 2021 Mercedes-Benz S-Class is expected to be launched in India next year but the intended timeline could be disrupted due to the COVID-19 pandemic.