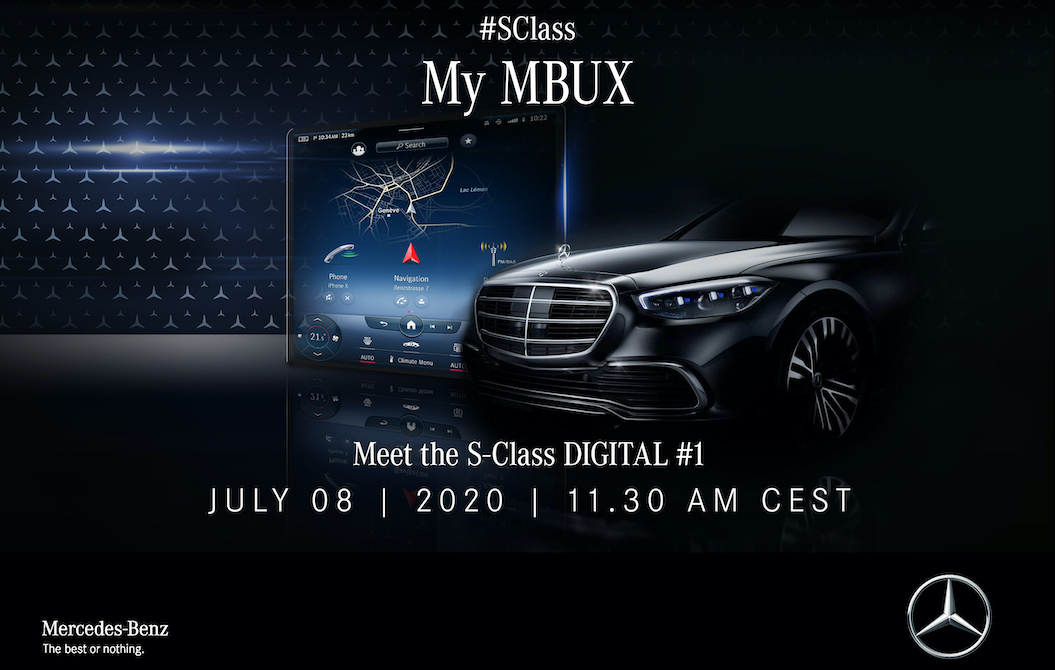 Mercedes-Benz has teased us with a new generation Mercedes-Benz MBUX (Mercedes-Benz User Experience) that will be unveiled tomorrow on 8th July in a digital world premiere on the Mercedes me media digital platform which will go on the 2021 Mercedes-Benz S-Class internally known as the ‘W223’, slated to be introduced in September of 2020.

The latest generation MBUX system will feature on the new 2021 Mercedes-Benz S-Class and the brand has given only glimpses of the new luxury sedan’s interior, while the car had been spied earlier. On the inside, the Mercedes-Benz S-Class comes with a completely redesigned dashboard which appears to have a minimalist design language with most controls integrated into the large portrait-oriented touchscreen panel laid down on the central tunnel.

The size of the central display is currently unknown but it is being speculated that the display is likely to be similar in size of the Tesla Model S or Model X and could be approximately 17-inches and laced with the latest telematics and connected features. Below the large touchscreen is what appears to be a row of physical buttons that could be shortcuts to various features. The brand has also revealed that the 2021 S-Class will come with a large landscape-oriented instruments panel and an advanced heads-up display with Augmented Reality features for enhanced navigation features.

Recently the brand via its social media platform teased the front of the 2021 Mercedes-Benz S-Class and the picture reveals that the luxury sedan features a chrome-accented grille with three prominent blades and a centre spine, new LED headlamps with inverted tick mark integrated LED daytime running lights, a wide air dam on the front apron with wing-shaped chrome accents, a muscular bonnet with raised ridges that blend towards the shoulder line and flared wheel arches that house large split-spoke machine-finished alloy wheels.

In the engine department, the 2021 Mercedes-Benz S-Class is likely to feature multiple powertrain options including petrol, diesel and hybrid powertrains with mild-hybrid and plug-in hybrid versions on offer and Mercedes-Benz has revealed that the Plug-in Hybrid powertrain S-Class will have an electric-only range of up to 100 km. 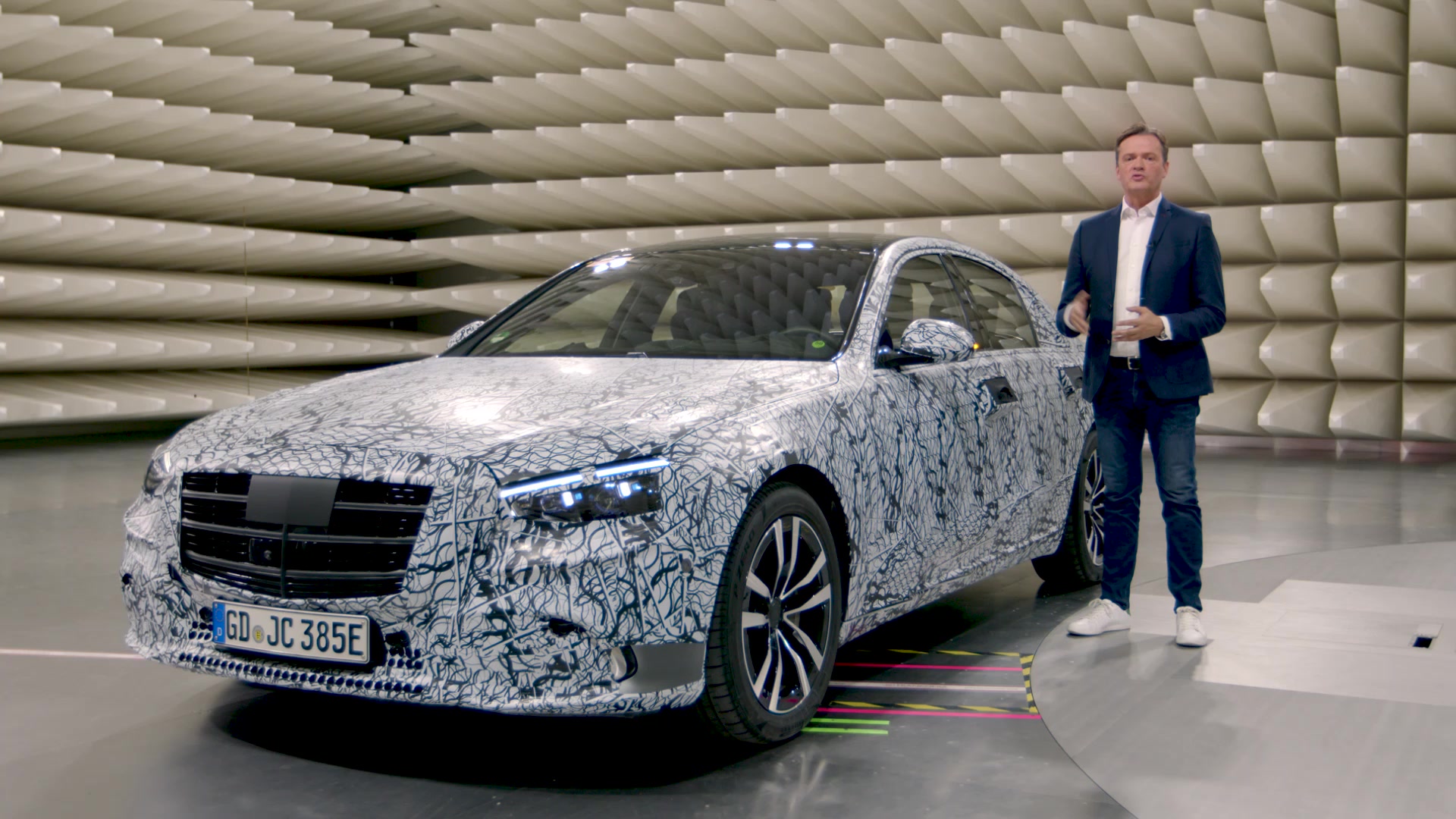 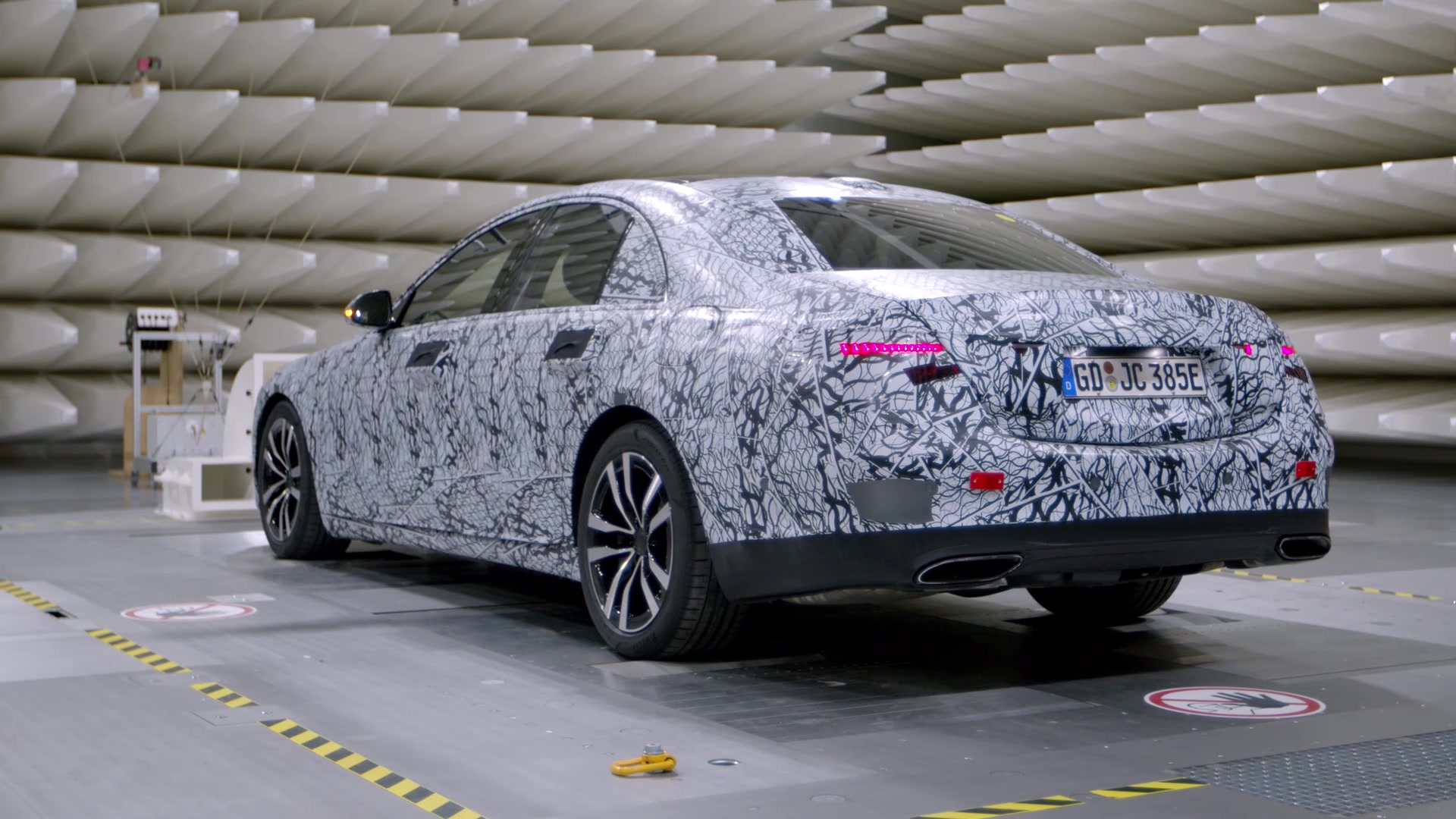 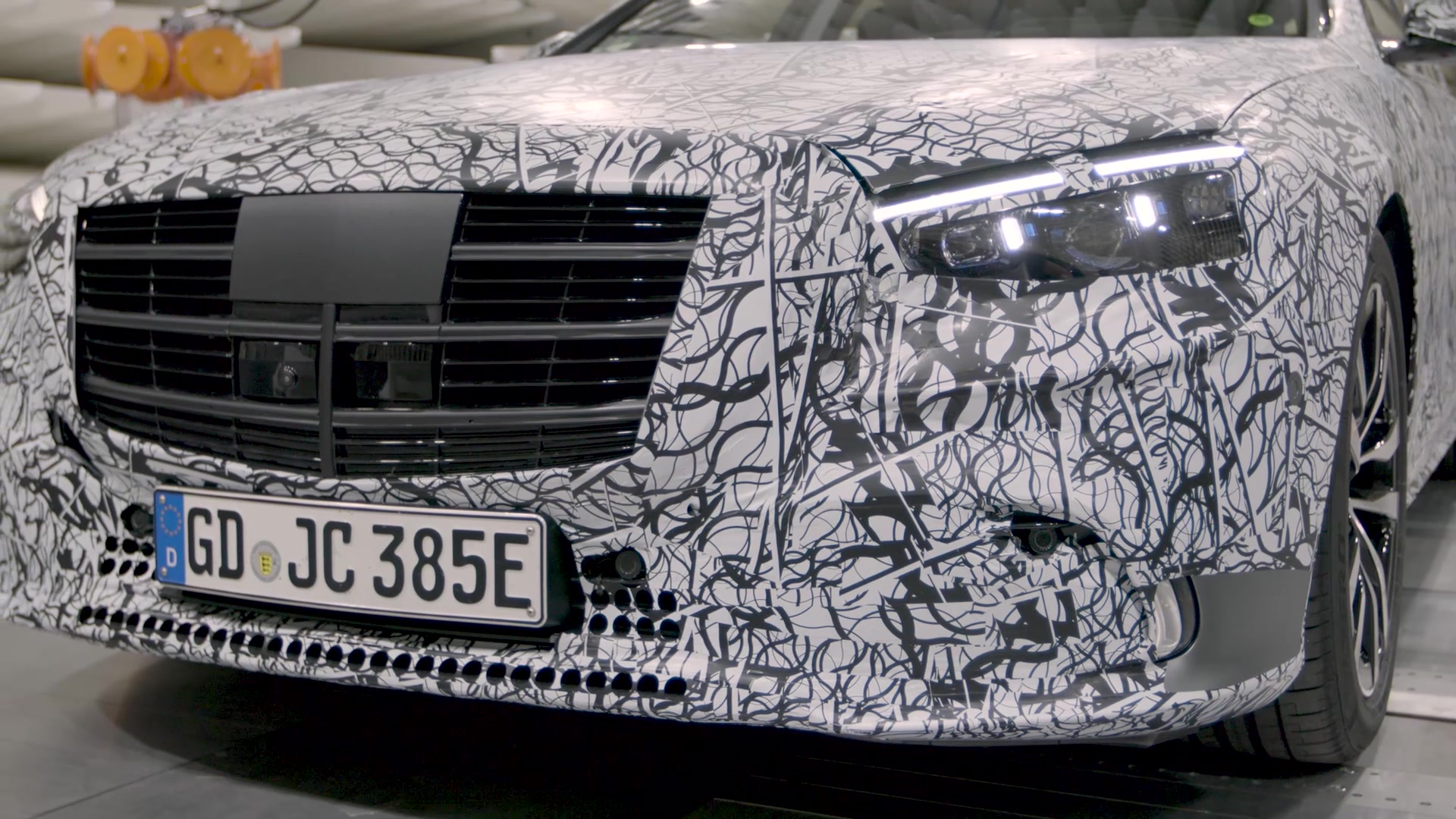 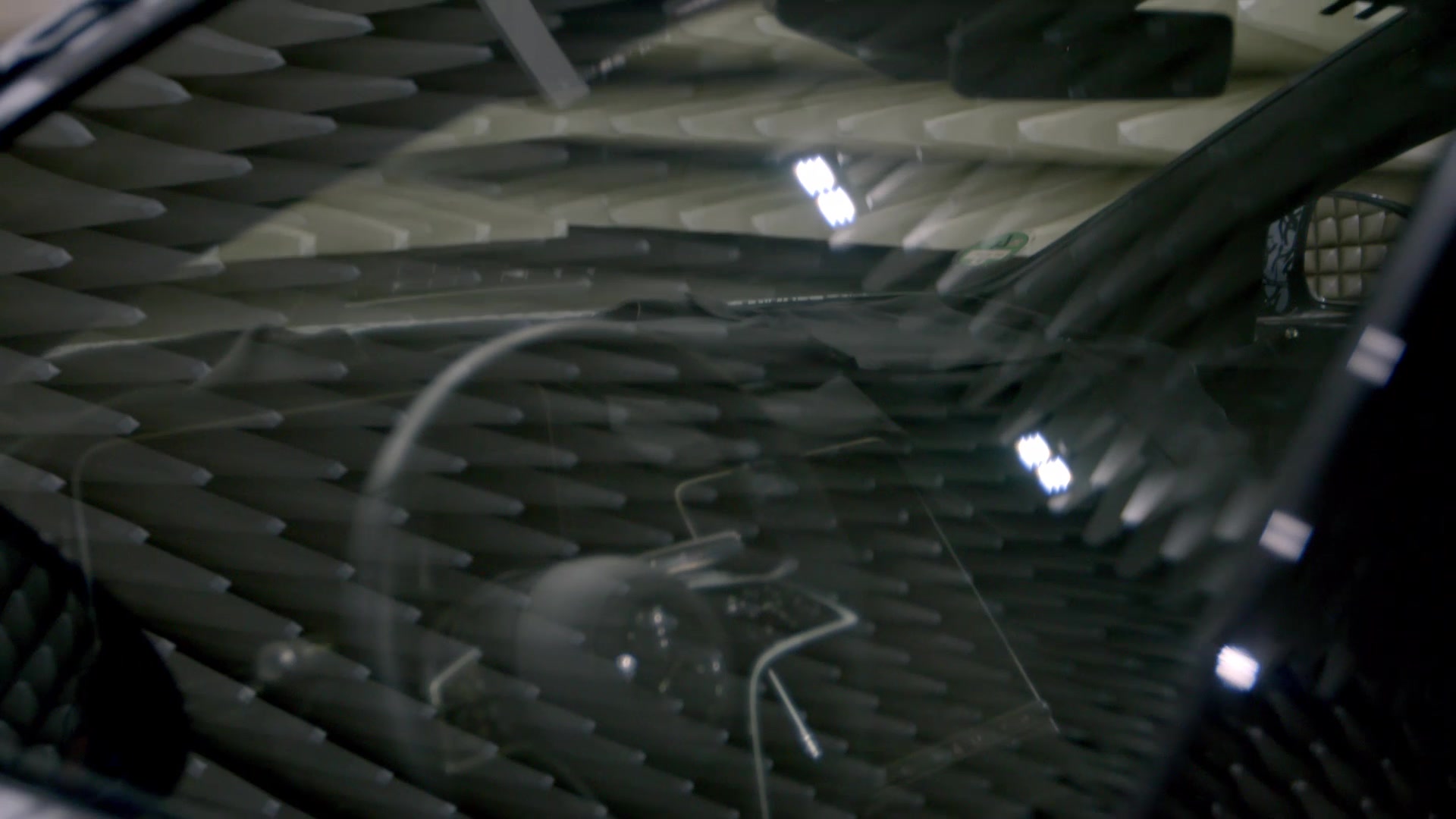 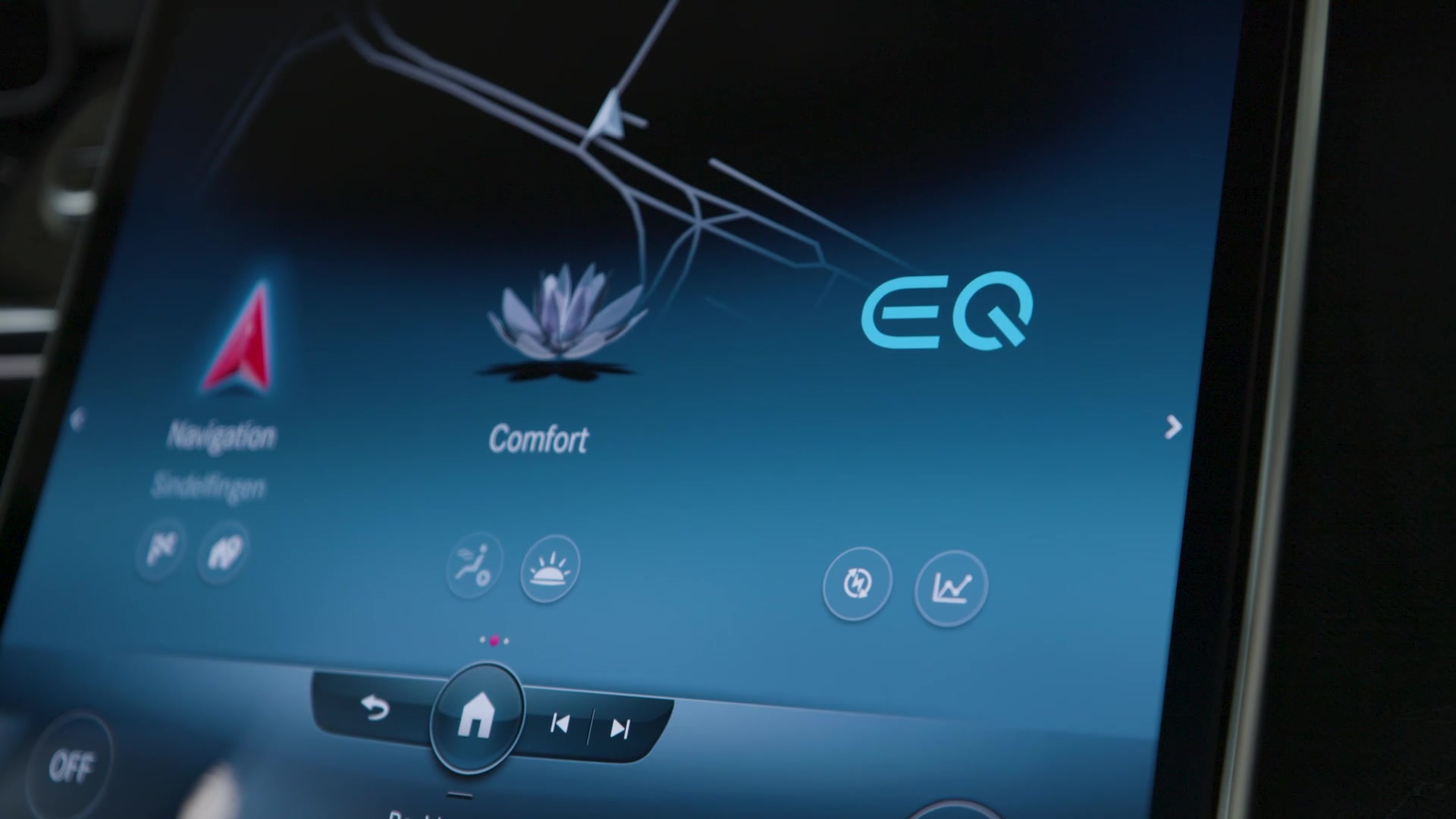 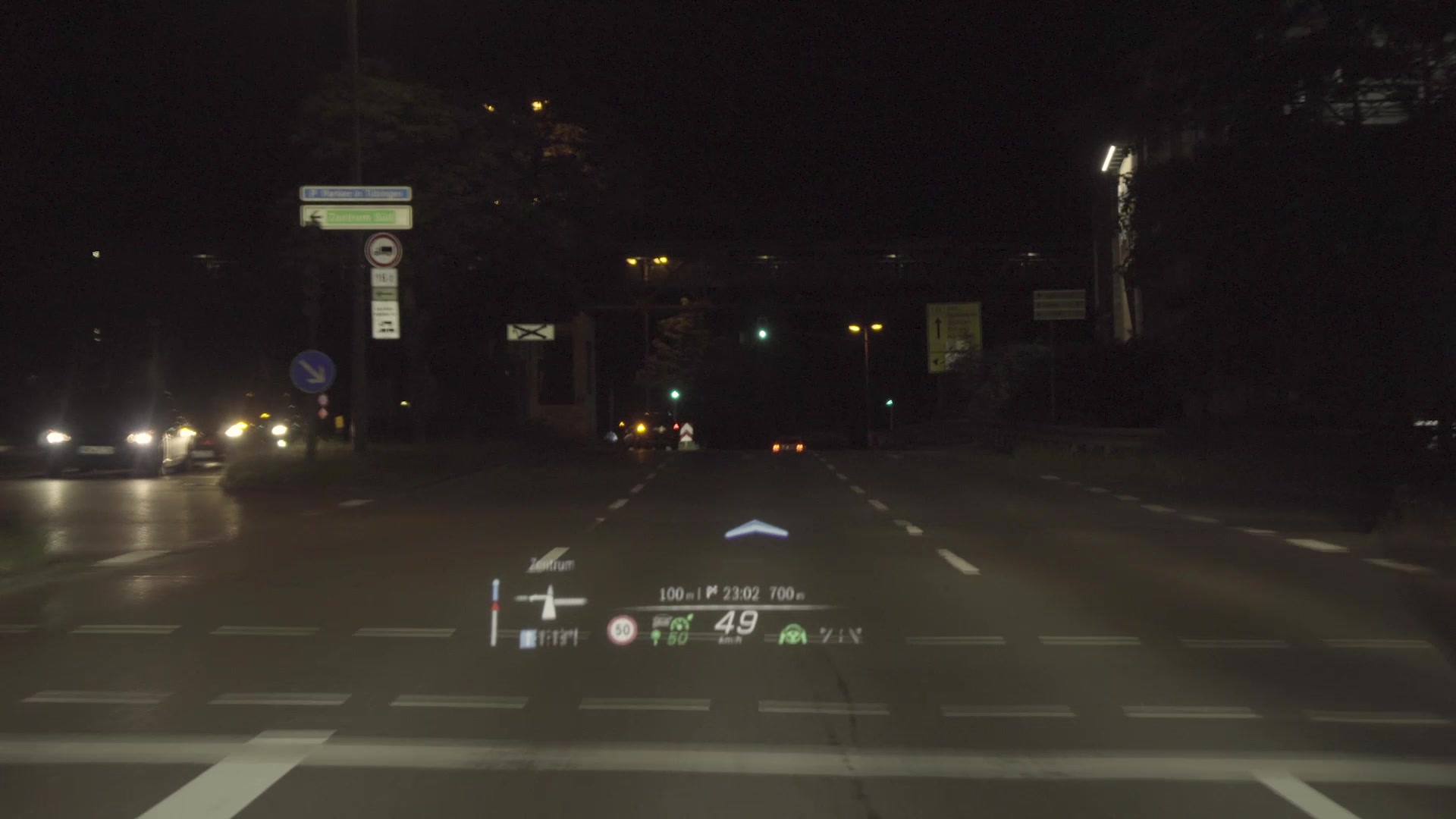 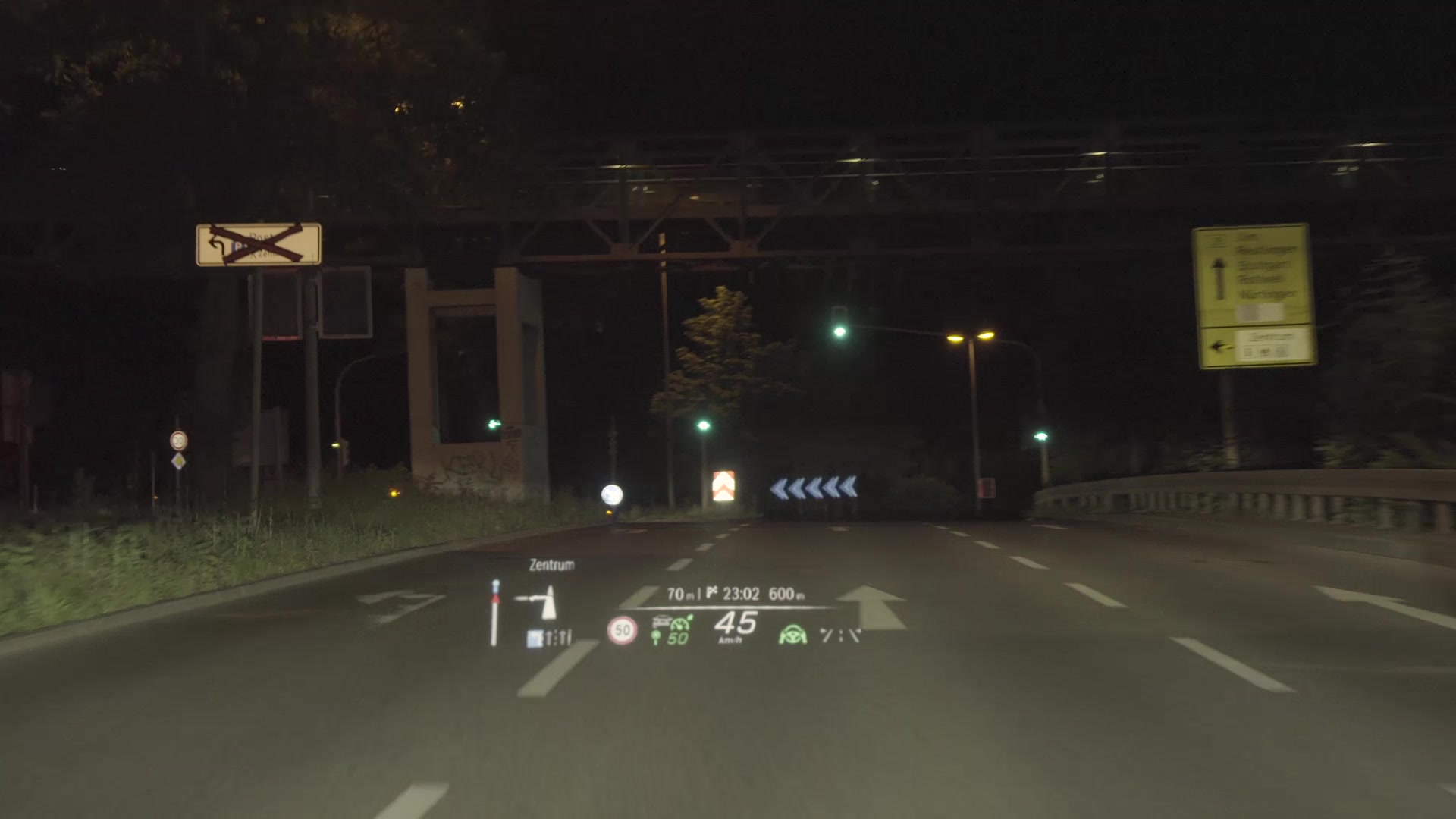 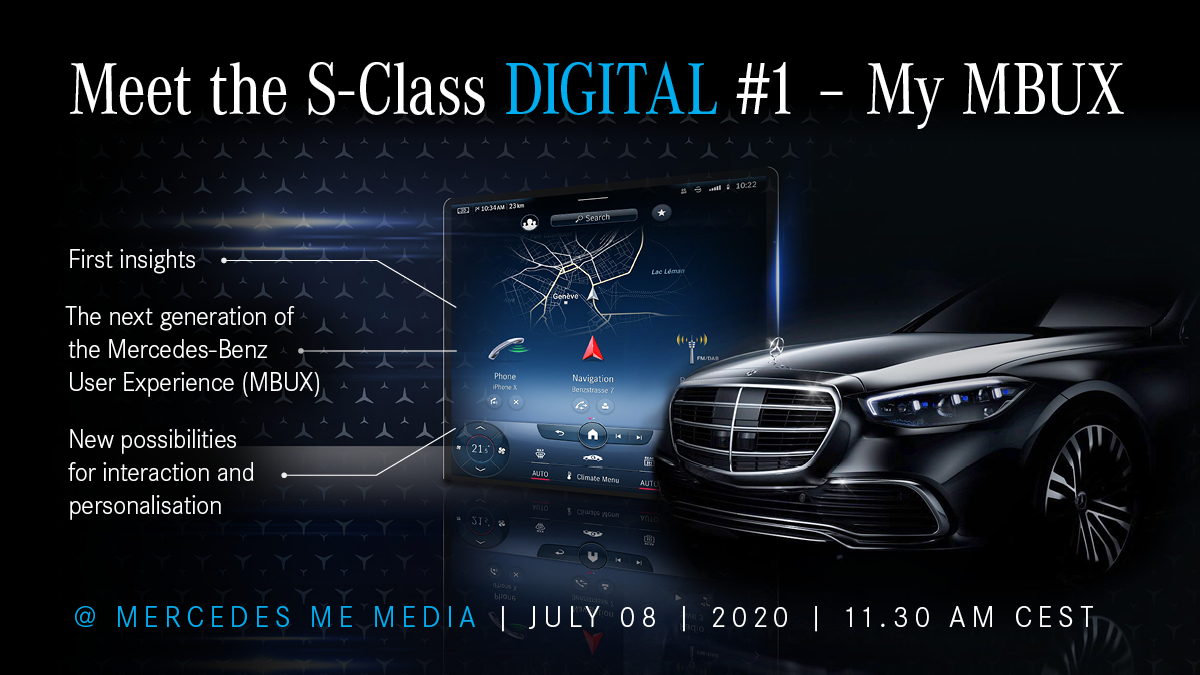