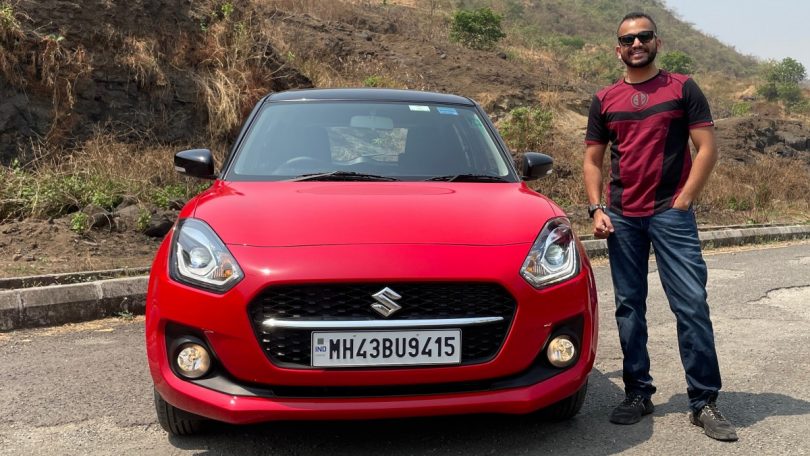 Recently we reported that 7 of the 10 highest selling cars in the past 6 months have been from Maruti Suzuki and one of its best sellers is the Swift. A name synonymous to hatchbacks as Maruti Suzuki sold 2.3 Million units in the past 15 years. Even during the COVID-19 pandemic, the brand managed to sell over 160,700 units in CY 2020 creating a new benchmark in the segment. Maruti Suzuki sells the Swift at the average rate of 15,798 units a month. Unsurprisingly, the hatchback also garnered the Indian Car of the Year (ICOTY) award three times, one each for its generations.

Now the brand has introduced a mild facelift model of the third-generation Maruti Suzuki Swift. The changes in the car are subtle in the cosmetic department but the car gets a new powertrain for 2021. In this video review, we talk about the changes that the company has done on the outside, the new equipment on the inside and the new engine specifications. We also drive the Maruti Suzuki Swift on the highway and the city, so that you can make an informed buying decision.

Powering the 2021 Maruti Suzuki Swift is a ‘Next Gen K-Series Dual Jet Dual VVT Engine’. The 1.2-litre four-cylinder naturally aspirated motor produces 88.5 Hp of power and 113 Nm of torque and comes with new features such as Idle Start Stop (ISS) technology, two injectors per cylinder, Dual VVT valvetrain system with twin variable valve timing for both Intake and Exhaust Valves and a cooled Exhaust Gas Recirculation (EGR) system. Maruti Suzuki claims that with the new engine the Swift returns a mileage of 23.20 kmpl in the Manual Transmission option and 23.76 kmpl in Auto-Gear Shift (AMT).

The new Swift also comes with driver and co-driver seat belt reminder, pre-tensioner and force limiter on the seat belts, dual airbags, ABS with EBD, reverse parking sensors with a rearview camera and ISOFIX as standard.