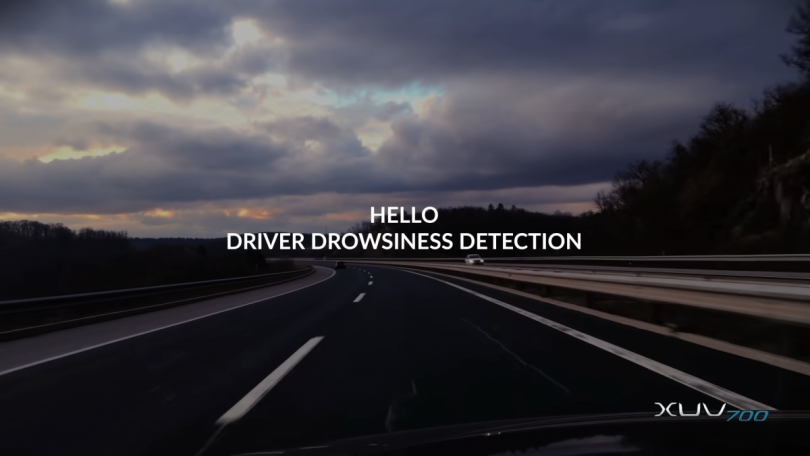 Mahindra’s most anticipated launch for this year is the XUV700. The company has released a few teasers of the same. The most recent one illustrates yet another feature that is Driver Drowsiness Detection. This system is capable of detecting when the driver feels drowsy and sends an alert. Mahindra has not yet disclosed the complete details of this feature. But, we have seen this in some luxury cars as well.

The system could keep track of the steering inputs of the driver from the start of the trip. One of the leading indicators of a drowsy driver is no steering inputs for some time, followed by sudden and quick steering corrections to keep the car on track. According to the teaser, the XUV700 will “nudge” the driver, when the SUV detects a drowsy driver. The nudge could be in the form of vibration on the steering wheel or audio/visual alerts in the form of sounds and warning flashes on the instruments.

This SUV will come with a host of other high-tech features. Recently, Mahindra had teased the Auto Booster headlamp feature, personalized safety alerts, and smart door handles. Another key highlight of the new upcoming XUV700 is its large panoramic sunroof. And, reportedly, it will also be the largest sunroof in the segment. Mahindra will also equip the XUV700 with ADAS features to aid the driver. This will include adding a radar or camera-based adaptive cruise control, forwards collision alert and braking, lane keep assist, blind-spot monitoring, and parking assistance.

Nothing has been made official in the engine and mechanicals department. But, as per sources, the new XUV700 will have both petrol and diesel option. The speculated petrol engine is the 2.0-litre turbo which also does the duty in Mahindra Thar. Though, Mahindra will tweak the engine to produce more power. The diesel engine will also be borrowed from the Thar, and this too will get a different map to make the most out of the engine. Given the growing popularity of automatic transmission in India, Mahindra will provide both a 6-speed manual and 6-speed automatic gearbox with the XUV700.

Details We Know So Far

One of the key highlights of the XUV700 released by Mahindra is the new door handle. They are calling it a ‘Smart Door Handle’ which neatly integrates with the body just like how it is done in Aston Martin and Tesla models. This is a first-in-segment feature and boy, it does look so neat. Another new introduction is the personalized safety alert. This feature will send a voice alert when the driver crosses the 80 kmph and 120 kmph mark. The Auto Booster Headlamps is yet another safety feature that automatically switches on an additional set of lights to improve visibility. This is will ensure safety at a higher speed at night.

The three-row SUV segment is boiling up pretty well, with multiple great options to choose from. This includes the newly launched Hyundai Alcazar, Tata Safari, MG Hector Plus, and more. And thus, we can expect that the XUV700 will go on sale in the INR 15 to INR 20 lakh price bracket. 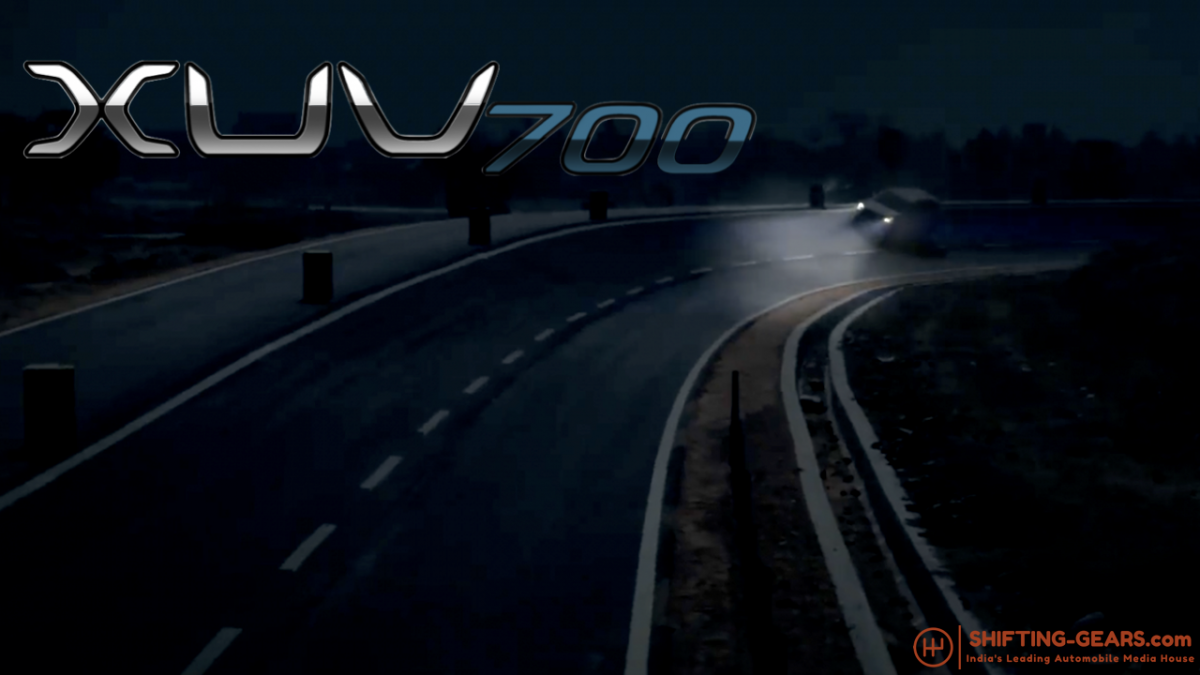