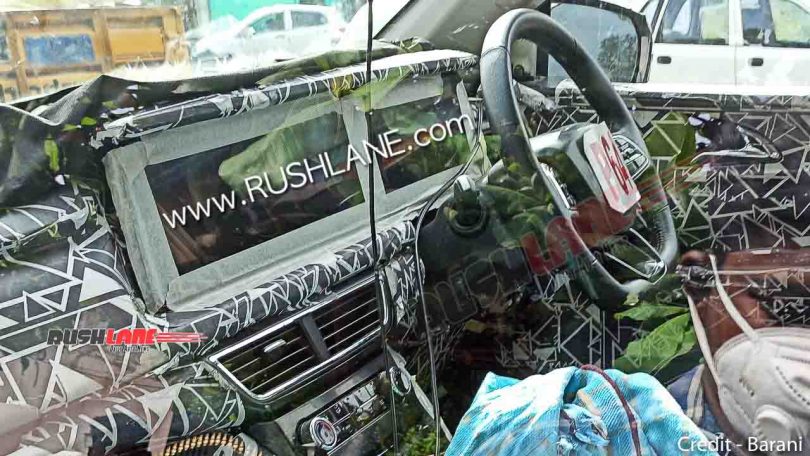 Mahindra is gearing up for the launch of the XUV500 evident from the incoming spy shots over the course of past few weeks. The brand is testing the vehicle on public roads under full camouflage and only partially covered bits on the next-generation SUV have emerged on the internet. Earlier, the interiors of the new Mahindra XUV500 and it was revealed that the instrumentation and the central infotainment is rather simple.

But, new reports suggest that the earlier vehicle could be the base variant and a new set of images show that the top-spec trim is likely to feature a Mercedes-like twin display system that lies on the same horizontal plane. New spy shots show a fully digital instruments cluster and a touchscreen infotainment system behind a single pane of glass. The spy shots also show rotary airconditioning controls and a multifunctional steering wheel. The infotainment system is expected to be equipped with connected features as well as Android Auto and Apple Carplay integration. The SUV is also likely to feature wireless smartphone charging on the top-of-the-line models.

Recently a test mule of the next-generation XUV500 was spied horizontal or L-shaped tail lamp cluster with fibre optic elements seen only on premium SUVs. The same test mule was also spotted with flush-mounted door handles as seen on luxury SUVs. The new tail lamp set and the door handles are also likely to be a part of the top-end variant which is likely to be the one with the wide twin display setup. The front, however, is still under wraps and the brand has been testing the vehicle with makeshift halogen lamps. The production series car is expected to get a set of LED headlamps, which still remains to be seen.

In the engine department, the next-generation XUV500 is likely to be powered by a mStallion series 2.0-litre Turbocharged Gasoline Direct Injection (turbo-petrol) four-cylinder engine that makes 190 PS of power and 380 Nm of torque. The SUV is also expected to come with a 2.0-litre diesel engine as well. 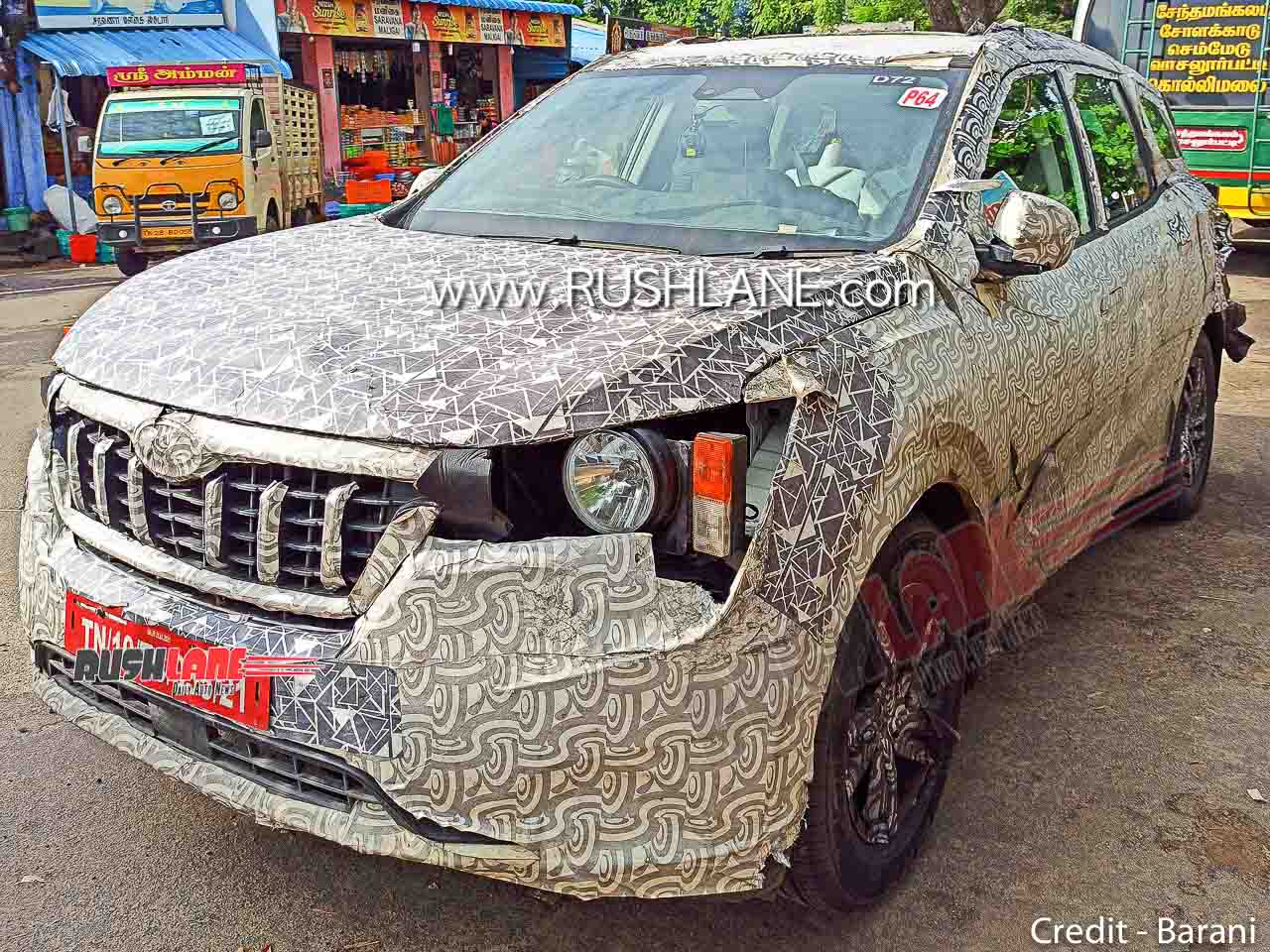