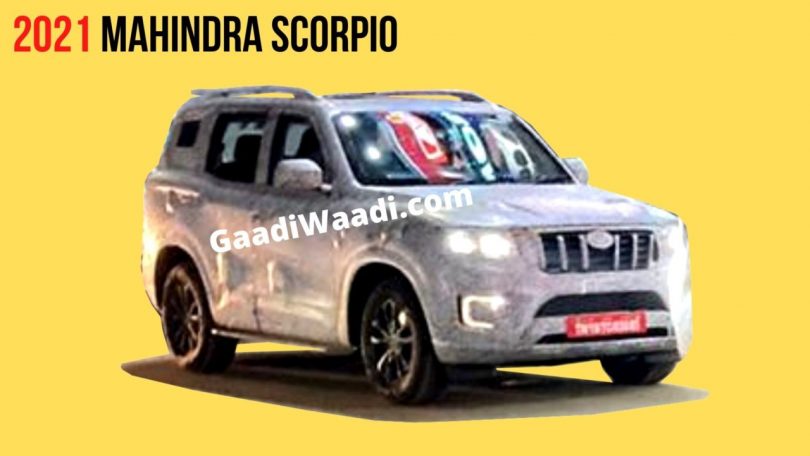 Mahindra is gearing up to launch the all-new Scorpio in the Indian market, the test mule of which has been spied on public roads. The new Mahindra Scorpio was last seen testing a few days ago and now its new LED light cluster can be seen as new spy shots of the car appear on the internet.

The 2021 Mahindra Scorpio appears to get C-shaped LED daytime running lamps. The LED DRLs appear to be mounted low on the bumper, encompassing the foglamp area. The main headlamp beams are also expected to be full-LED units but the shape of the headlamp is still to be seen. New spy images also show that the air dam area is wider than the outgoing SUV and the grille is expected to be more prominent than before.

The new Scorpio is also expected to come with a new redesigned Mahindra logo which will assume its position in the top centre position. The bonnet area comes with raised ridges and could have air vent louvres hidden under the camouflage covers, but the car seems to have missed out on the iconic hood vent. On the rear, the tail lamp assembly though covered with heavy camouflage appears to come with a new light signature. The SUV also appears to come with a shark-fin antenna, roof rails, high mounted stop lamps, rear wash wipe, new alloy wheels, etc.

On the inside, the SUV is speculated to come with a new design on the dashboard, new generation control mounted steering wheel, a large touchscreen infotainment system in the centre, semi-digital instruments and connected technology on the higher-spec models. The new SUV is also expected to come with rear air conditioning vents, ambient lighting and a plethora of safety features such as multiple airbags as well as electronic intervention and crash mitigation systems.

The Mahindra Scorpio is likely to be powered by a new 2.0-litre mStallion turbo petrol engine and for diesel aficionados a 2.2-litre turbo-diesel that is expected to pump out 140 Bhp of power and 320 Nm of torque. The engine is also expected to come matched to both manual and automatic transmissions. 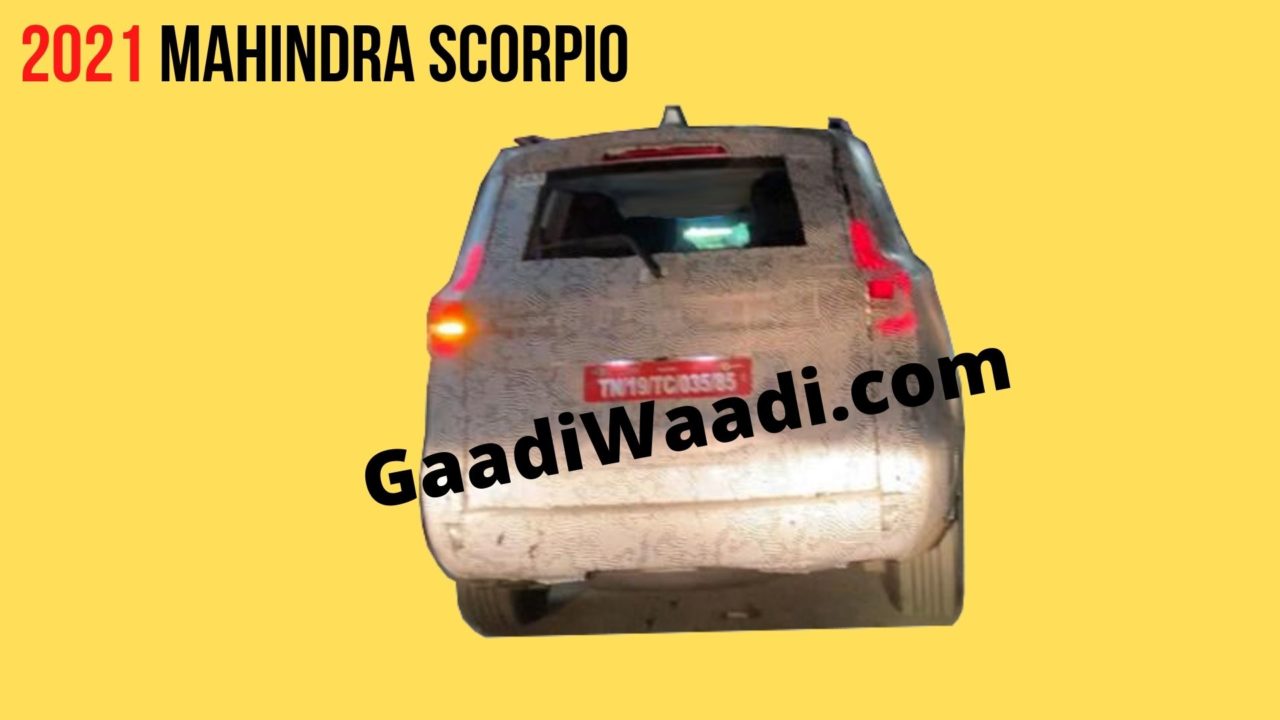