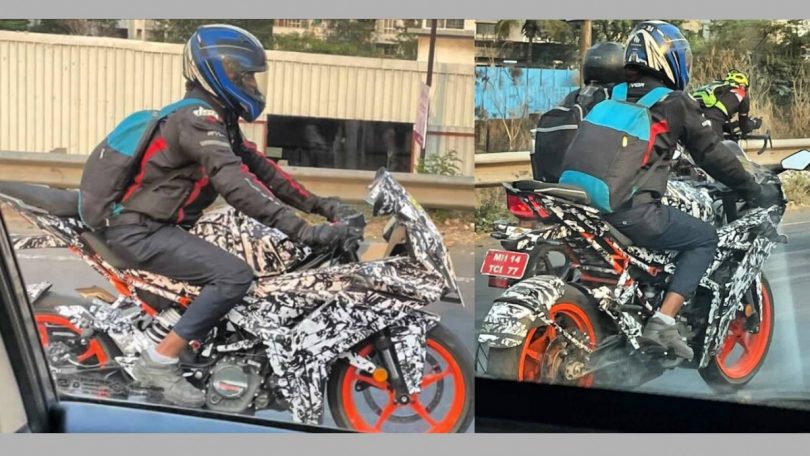 KTM has begun testing the new-generation RC-series motorcycle in the Indian market. The test mule of the KTM RC 125/RC 200 in camouflage covers is undergoing tests on public roads, leading us to believe that the brand will be launching them soon in the Indian market. KTM will also launch the new generation RC 390 in India with a side slung exhaust. Currently, the RC 390 is undergoing road tests in the international market. The new RC 125/200 features a new body design, changes to the subframe and ergonimics, a new electronics package but KTM is likely to retain the BS6 compliant engine.

The new generation model is spied for the first time on Indian streets indicating that the launch is just around the corner. The front fascia of the motorcycle is completely new and comes with a single headlamp, a wide nose fairing, bubble style windscreen, angular side fairings, but the test mule did not have a belly cowl which the brand might add to the production-spec motorcycle. The bridge between the steering column and the instruments cluster is also larger than before and though we could not get a clean look at the dashboard the new generation RC 125/200 may borrow the monochrome units from the KTM 250 Adventure. The subframe also appears new but there are no significant design changes to the rear section. The rear seats though are flatter and sharper in comparison to the predecessor. The tail section also appears to come with a new pillion grabrail.

The test mule is seen with a new 5-spoke alloy wheel design and the brake rotors on the front also appear new. But KTM is likely to carry-over the chassis and suspension from the predecessor. In the engine department, the new-generation models are not likely to see any changes as the brand recently upgraded the powertrain to the latest BS6 standards. The 199.5cc single-cylinder, liquid-cooled, DOHC engine that makes 25 PS will do duty on the RC 200 and the 124.7cc single-cylinder DOHC engine that makes 14.5 PS of power will make its way to the new-generation RC 125. 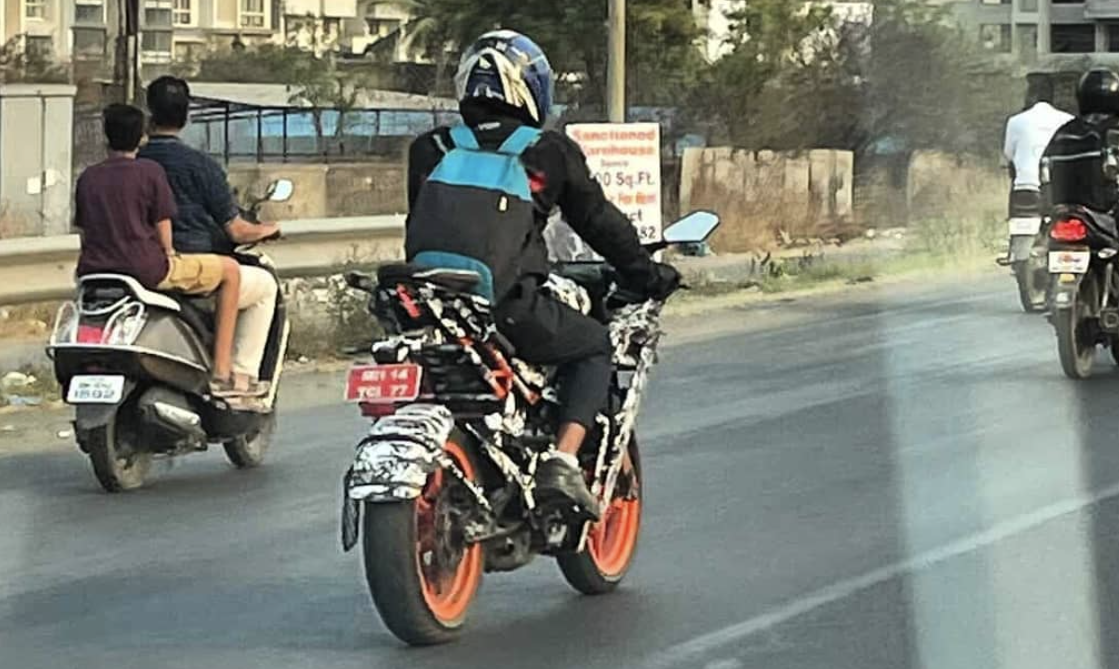